CAPE CANAVERAL, Fla. (AP) — NASA’s new space telescope has captured its first starlight and even taken a selfie of its giant, gold mirror.

All 18 segments of the primary mirror on the James Webb Space Telescope seem to be working properly 1 1/2 months into the mission, officials said Friday.

The telescope’s first target was a bright star 258 light-years away in the constellation Ursa Major.

“That was just a real wow moment,” said Marshall Perrin of the Space Telescope Science Institute in Baltimore.

Over the next few months, the hexagonal mirror segments — each the size of a coffee table — will be aligned and focused as one, allowing science observations to begin by the end of June.

The $10 billion infrared observatory — considered the successor to the aging Hubble Space Telescope — will seek light from the first stars and galaxies that formed in the universe nearly 14 billion years ago. It will also examine the atmospheres of alien worlds for any possible signs of life.

NASA did not detect the crippling flaw in Hubble’s mirror until after its 1990 launch; more than three years passed before spacewalking astronauts were able to correct the telescope’s blurry vision.

While everything is looking good so far with Webb, engineers should be able to rule out any major mirror flaws by next month, Feinberg said. 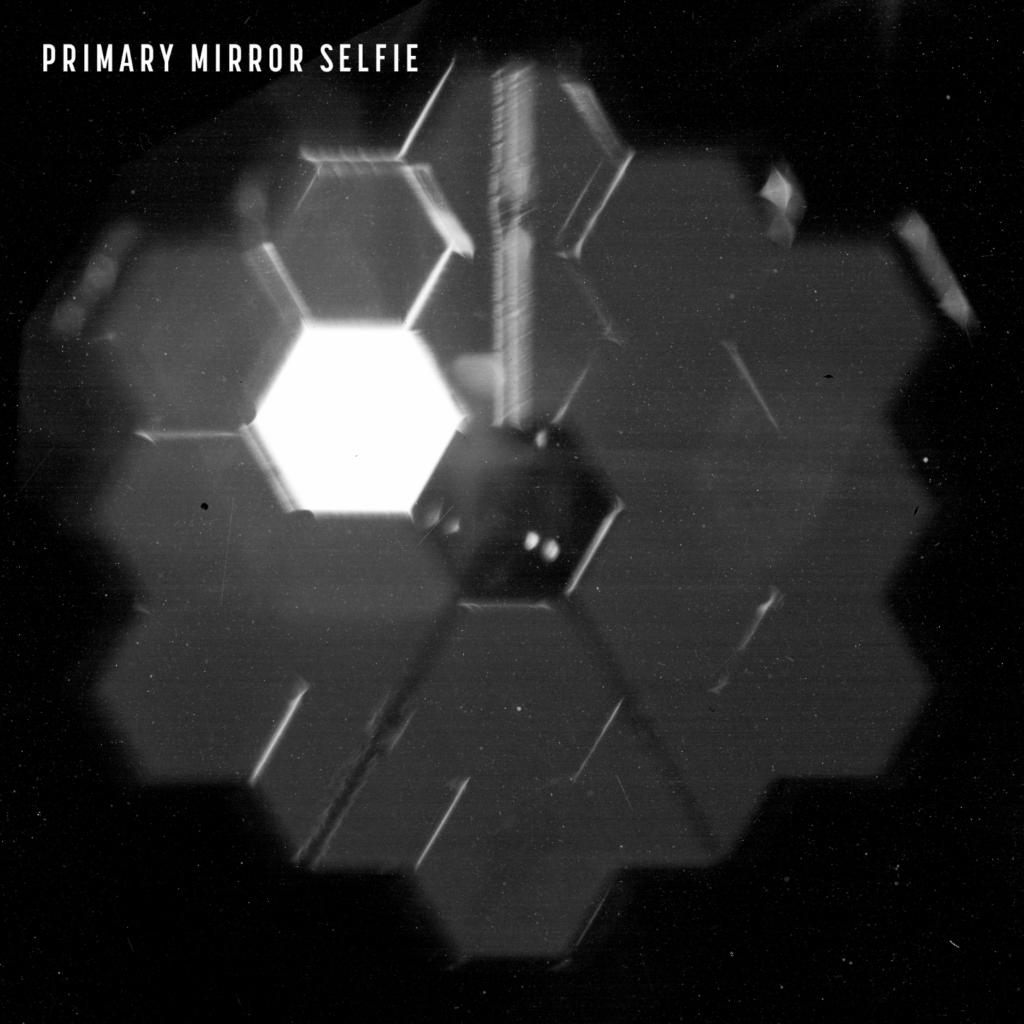 This “selfie” was created using a specialized pupil imaging lens inside of the NIRCam instrument that was designed to take images of the primary mirror segments instead of images of space. This configuration is not used during scientific operations and is used strictly for engineering and alignment purposes. In this case, the bright segment was pointed at a bright star, while the others aren’t currently in the same alignment. This image gave an early indication of the primary mirror alignment to the instrument. Credit: NASA

Webb’s 21-foot (6.5-meter), gold-plated mirror is the largest ever launched into space. An infrared camera on the telescope snapped a picture of the mirror as one segment gazed upon the targeted star.

“Pretty much the reaction was ‘Holy Cow!’,” Feinberg said.

NASA released the selfie, along with a mosaic of starlight from each of the mirror segments. The 18 points of starlight resemble bright fireflies flitting against a black night sky.

After 20 years with the project, “it is just unbelievably satisfying” to see everything working so well so far, said the University of Arizona’s Marcia Rieke, principal scientist for the infrared camera.

Webb blasted off from South America in December and reached its designated perch 1 million miles (1.6 million kilometers) away last month.

Left: This image mosaic was created by pointing the telescope at a bright, isolated star in the constellation Ursa Major known as HD 84406. This star was chosen specifically because it is easily identifiable and not crowded by other stars of similar brightness, which helps to reduce background confusion. Each dot within the mosaic is labeled by the corresponding primary mirror segment that captured it. These initial results closely match expectations and simulations. Credit: NASA