The water in Owens Valley, California — between the Sierra and Death Valley national parks — is usually clean. So, in 1998, Alan Bacock was surprised when results of a routine test of well water on the Big Pine Paiute Reservation came back with a red flag: The tribe’s groundwater was dangerously contaminated with a cancer-causing chemical called Perchloroethylene (PCE).

The tribe turned to the U.S. Environmental Protection Agency. Through a General Assistance Program (GAP) grant, which funded an investigation into the pollution source, they were able to identify the source of the pollution–a bathroom fixtures manufacturer — and find an alternative drinking water source. They launched a public awareness campaign, which helped prevent locals from getting sick.

Without the GAP grant, they wouldn’t have been able to afford the investigation or secure clean water for their community. When the manufacturer continued to improperly dump hazardous waste into the groundwater supply, the Tribal Council and the Bureau of Indian Affairs removed the business from the reservation.

The grant is just one example of the kind of resources and environmental protections Bacock and other tribal leaders fear are at risk under President Donald Trump.

In the past few weeks, EPA workers have worried about political threats to the agency, its regulations and its budget. Since President Trump took office, the EPA has faced a flurry of new changes, including a media blackout and a temporary freeze on grants (both of which have since been lifted). Two weeks ago, lawmakers proposed a bill to completely abolish the agency. Reuters reported Thursday that EPA staff have been told to prepare for a handful of new executive actions on the environment this week. And, on Friday, the Senate confirmed Scott Pruitt, who has sued the agency more than a dozen times as Oklahoma Attorney General and pledged to greatly reduce its staff and budget as the agency’s administrator.

Native American communities are particularly worried about EPA funding because, unlike states, they aren’t generating income, and many of them can’t tax their residents for public works projects. They rely heavily upon EPA grants to maintain water quality standards, create ordinances, manage solid waste, and assess environmental threats. They also look to the EPA for regulations that help protect their land.

The National Congress of American Indians, the oldest and largest Native American organization in the United States, is most concerned about losing regulations that address the threat to climate change. They’ve formally opposed Pruitt leading the EPA.

“It’s not about him personally, he’s made it very clear what his policies are going to be: to dismantle the regulatory structure that regulates climate change,” said John Doccett, General Council to the NCAI.

“Reductions across the board are probably imminent,” Norton said. “We are very worried about tribes’ abilities to protect their environmental resources.” 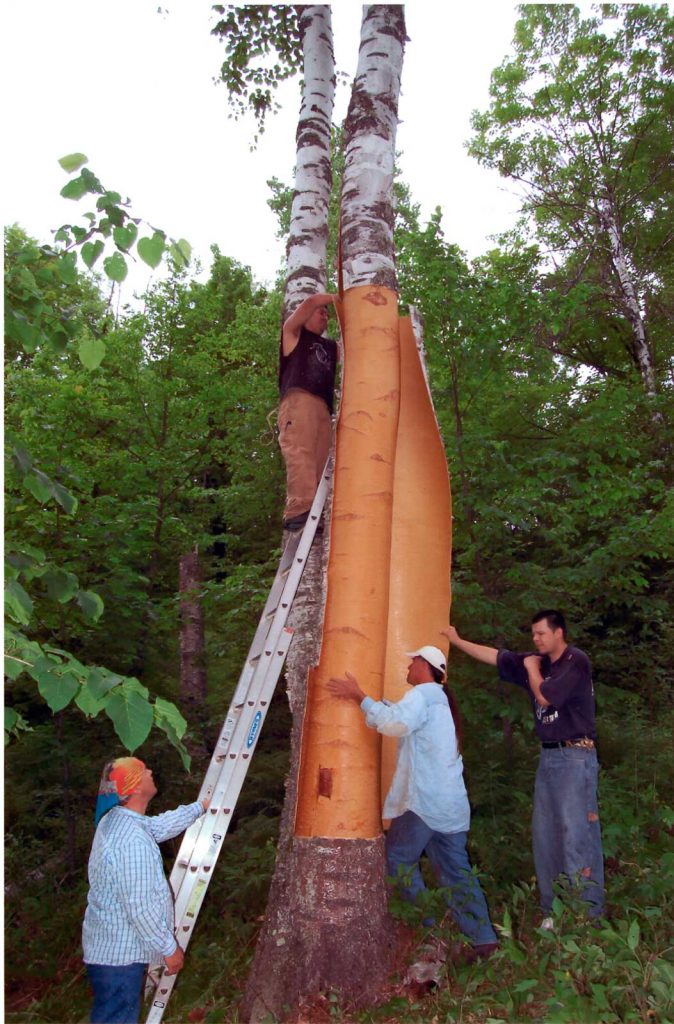 Since the agency was founded in 1980, the EPA has funded 6,179 grants — totaling $1.7 billion — for Native American projects. The Big Pine Paiute reservation alone has received 14 EPA grants, totaling $2.9 million.

“Without these grants it will certainly impact the quality of life for our people,” Bacock told NewsHour.

Lisa Garcia, a lawyer with EarthJustice, a nonprofit environmental organization, said it would be “pretty difficult” to completely dismantle tribe-related EPA funding, because the grants were authorized by Congress in 1992 as part of the Indian Environmental General Assistance Program Act.

“But I have no doubts that this administration will be looking at grants [in general] and to try and save money there,” said Garcia, who is working with the Standing Rock Sioux in South Dakota.

Critics of the EPA, including Trump, say that environmental regulations put in place by the EPA have hurt businesses and jobs.

“For too long, the Environmental Protection Agency has spent taxpayer dollars on an out-of-control anti-energy agenda that has destroyed millions of jobs, while also undermining our incredible farmers and many other businesses and industries at every turn,” Trump said when he announced Pruitt as his EPA nominee.

But Nancy Schuldt, the water projects coordinator for the Fond du Lac Environmental Program in Minnesota, says there’s no data to support those arguments. In fact, a clean environment can help generate revenue for communities that are reliant on the land and water, like Fond du Lac, a fishing and hunting tribe that relies on salmon and deer meat to stock their shelves.

Schuldt contributed to an assessment called “The Value of Nature’s Benefits in the St. Louis Watershed,” in which the organization Earth Economics measured the value of a clean St. Louis river. They concluded that the river’s annual economic benefit was between $5 billion and $14 billion.

Those on tribal lands are often the first to feel and see changes when environmental regulations aren’t enforced, Bacock said. He added that Native Americans are often located near watersheds and headwaters, so they see impacts more quickly than the cities to which the water flows.

Without EPA grants, they would look to nonprofits and non-governmental organizations for assistance. But those can be limited and unpredictable, factors that Bacock worries would force the Big Pine Paiute to switch to a volunteer-only model for environmental maintenance.

“It would take away people being able to really have a large impact,” he said. “A lot of people with these environmental jobs who have this expertise would have to look elsewhere.”

Tribal officials are also concerned about threats to federal environmental regulations. Of 564 tribes, approximately 50 have federally recognized clean water standards, Bacock said. The cancer-causing chemical he discovered during that routine test in 1998, for instance, was detected because of regulations set forth in the Safe Drinking Water Act. Without federal regulations, tribes in similar situations could be forced to directly sue polluters on their own–a costly option that many tribes could not afford.

Garcia says that legal recourse would be complicated, costly and difficult if tribes were stripped of their federal funding.

“Taking money away from the tribes and from low-income communities and the communities that need it the most is definitely not making America great again,” Garcia said.

It’s too early to tell what changes Pruitt may pursue. In an email to PBS Newshour, an EPA press officer wrote “we cannot speculate on future plans for the agency.”

As tribes meet with representatives and transition teams from the EPA, they’ll be highlighting the environmental conditions in Indian Country, and “reminding [them] of the trust obligation,” Norton said. “ Tribes do go to EPA and have influences with allocation process.”