Last week’s New York Toy Fair introduced a number of new toys to consumers. One of the biggest hits: Toys that play with light.

The Hello Barbie Hologram was perhaps the most visible of the bunch.

Think of this virtual doll as a peppier version of Amazon’s Alexa. It is capable of following commands and providing basic information, such as setting up a calendar, taking notes and checking the weather … but for kids.

The prototype, a bright multicolored box, projects a floating effigy of the classic doll. The virtual Barbie is highly customizable, so the youngsters who play with it can select from a variety of hairstyles, skin tones and, of course, clothes. 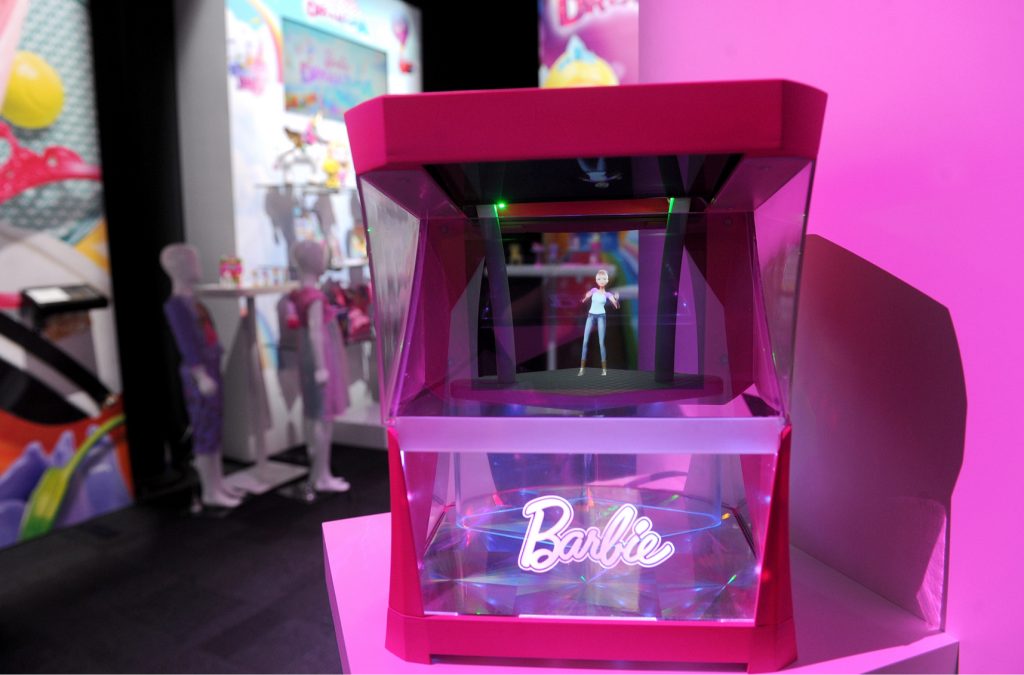 This device doesn’t use a “true” hologram, though — it’s actually based on an old stage effect known as Pepper’s Ghost, a technique that’s been used since the 1850s. It uses reflections through transparent glass to project an image to the viewer. The Tupac Shakur “hologram” that played at Coachella in 2012 was actually a Pepper’s Ghost.

The Hello Barbie Hologram is part of Mattel’s push into making toys that draw on tech, as evidenced by their hiring of former Google executive Margaret Georgiadis as their new CEO earlier this year. 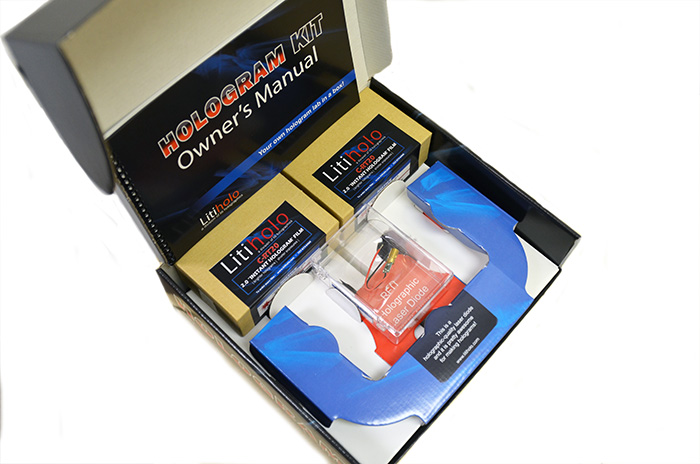 The Litiholo Hologram kit has everything you need to start making transmission holograms. Photo: Litiholo

The Toy Fair did feature real holograms in the form of Litiholo, which has engineered a full color holography kit. The kit, intended for schools and hologram hobbyists, has everything you need to create both single color and multiple color holograms.

Why were holograms so big this year?

“[What makes holograms captivating] is that we are confronted with a visual reality that is at the same time immaterial, it’s made of structured light. So there’s a totally amazing visual experience that we are confronted with,” said Seth Riskin, who works with holograms at the MIT Museum. “There’s a profound mystery that is presented to us, whether we understand it consciously or not.” 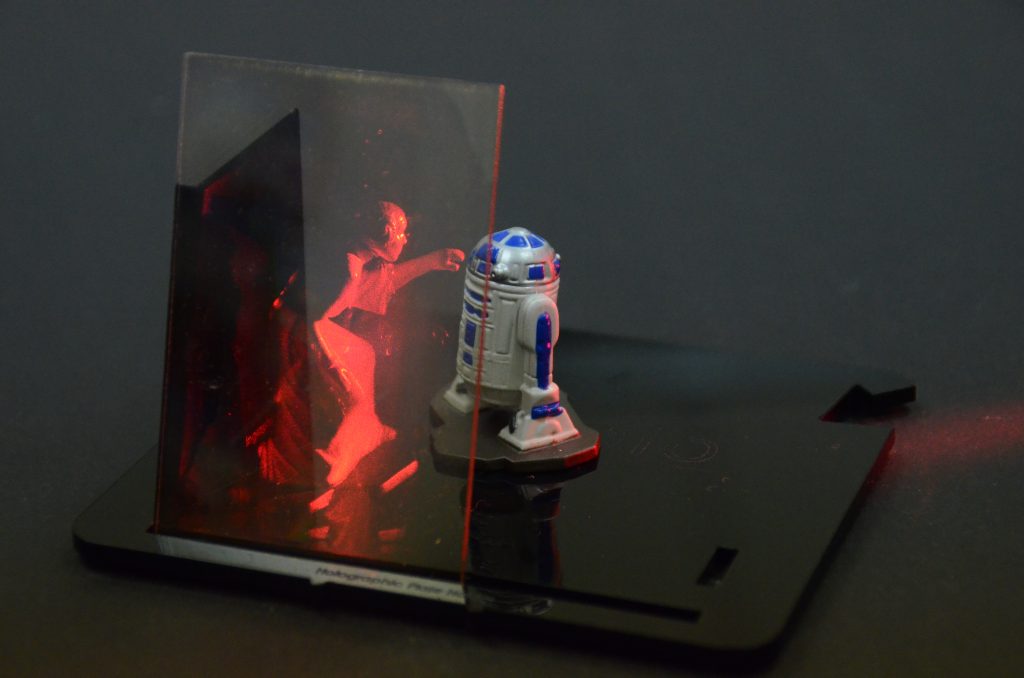 But if you want both of these products, be ready to lighten your bank account. The Hello Barbie Hologram may cost up to $300, while the Litiholo full color kit is $329. (though a single color hologram kit is only $100).