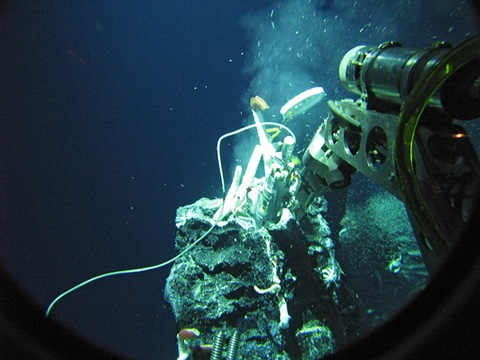 Massive new groups of bacteria have been found and identified in a variety of extreme environments, providing more understanding of the largest yet least cataloged group of organisms on the planet. Those unknown, unidentified species make up what biologists call “microbial dark matter.”

A team of researchers led by Tanja Woyke, a microbiologist at the U.S. Department of Energy’s Joint Genome Institute in Walnut Creek, Calif., have been using a relatively new technique called single-cell sequencing to detect these microbes, which have been notoriously difficult to study.

New bacteria found in the sludge from a plastic-degrading reactor in Mexico. Photo by Xiangzhen Li and Wen-Tso Liu/University of Illinois at Urbana-Champaign.

Over the last three years, Woyke and her team collected samples from nine diverse and extreme environments, including water from vents in the ocean floor, sludge from a plastic-degrading reactor in Mexico, groundwater from a defunct gold mine in South Dakota, sediment from a hot spring in Nevada and water from 1,000 feet below the surface in the open ocean. 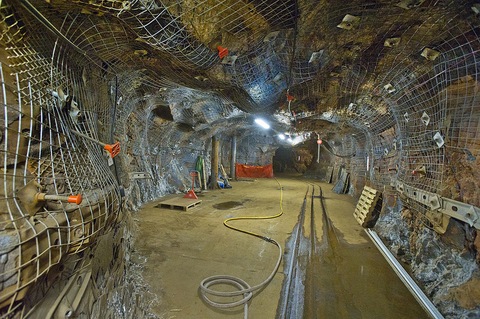 The new specimens wouldn’t grow inside the lab, leaving them little material to study, said Brandon Swan, a post-doctoral researcher at Bigelow Laboratory for Ocean Sciences and a co-author on the paper. Plus, they were working in uncharted territory.

“For bacteria and archaea, their genomes are far smaller than ours. They have less DNA per cell,” he said.

For some perspective, one human cheek swab contains tens of thousands of cells, each with exact copies of your DNA. And that DNA is 6,000 times larger than what’s found in a single-cell bacteria, he said.

Despite the challenges, they succeeded in sequencing 201 unique genomes from these samples. They did this using single-cell genomics, which allowed them to amplify the DNA of the individual organism and duplicate it like a copy machine, finally giving them enough material to sequence.

“We’re assembling genomes that haven’t been seen before,” Swan said. “It’s all new. It’s a new genome, and it’s a new combination of genes.” 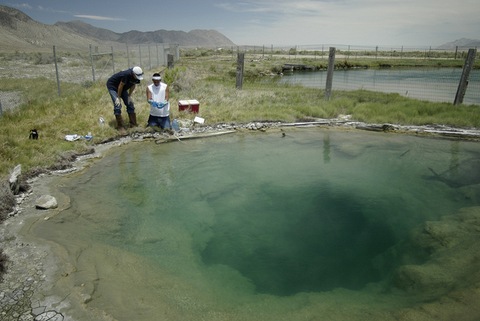 From the sequences, they classified and named 18 new phyla of bacteria and primitive microbes called archaea.

“There’s this amazing diversity we can get access to — there’s so much microbial dark matter,” Wokye said. “We can tag it to identify it and show that it exists, but until recently it’s been really very difficult to get access to their genomes.”

It’s about more than just discovering new species; bacteria in different phylum are as different as lizards are from snakes, said Roger Lasken, the director of single cell genomics at the J. Craig Venter Institute, who developed the technique in 2005.

“What’s so great about Tanja’s paper is the scope of it. They show how to use this technology in a large scale project that finds a lot of new organisms,” he said. “To the public, all germs look alike … but phylum 20 and phylum 21 [for bacteria] may be tremendously different.”

The new bacterial genomes have been added to the Joint Genome Institute’s Integrated Microbial Genomes database, which is cataloging the genomes of microorganisms. And the team has already found some radical new behaviors among them. Some relied on hydrogen to breathe, while other organisms appeared to feed on sulfur.

These new organisms, especially ones that thrive in toxic waste and the deep ocean, may hold important answers to cleaning up reactor meltdowns or tackling climate change, Lasken said. Looking at their DNA tells us how they do what they do and how many are out there, he added, something that biotechnology companies will want to know.

“All of these bacteria are a huge part of that ecosystem. They make up the food chain, they affect the diseases that affect fish, they metabolize CO2 and nitrates,” he said. “You need to understand how many species are out there…how do they live, what they eat and what role they play in diseases.”

But while the new microbes are an exciting find, they are just a “drop in the bucket” compared to what’s out there, Woyke said.

“If you look at how much diversity there is, we have a long ways to go. This is the first step on very daunting, yet exciting, journey,” she said. “There are many remaining branches in the tree of life we don’t know anything about.”