A real-life Kermit the Frog was discovered in Costa Rica >> http://t.co/qO2f4ZTKUY pic.twitter.com/twPZMmqhCo

A new glass frog species that bears an uncanny resemblance to Kermit the Frog was discovered by scientists in Costa Rica, the Costa Rican Amphibian Research Center announced earlier this week.

While glass frogs are typically green, this species is unique in that it is uniformly lime green and has a distinctive DNA structure and tinny high-pitched mating call.

Researcher Brian Kubicki, along with Stanley Salazar and Robert Puschendorf, found six specimens of the amphibians in three separate locations in the Talamanca Mountain Range on the Costa Rica-Panama border. 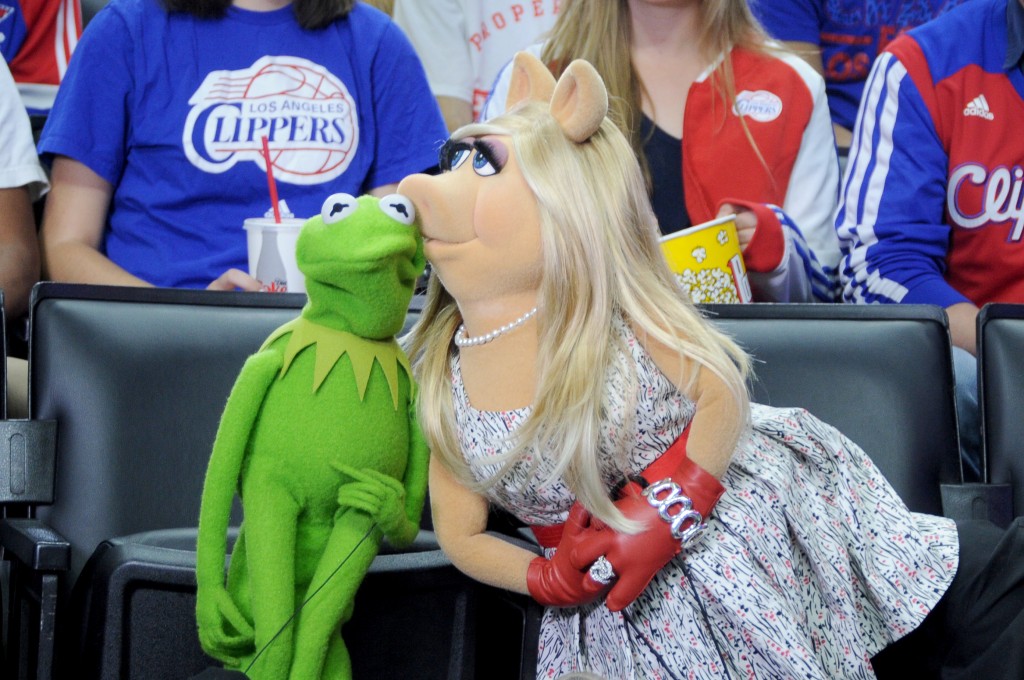 Kermit the Frog and Miss Piggy pose for the kiss camera during the Houston Rockets against the Los Angeles Clippers game on March 15, 2015 in Los Angeles, California. Copyright 2015 NBAE. Scientists revealed a newly-discovered glass frog species that bears an uncanny resemblance to Kermit. Photo by Andrew Bernstein/NBAE via Getty Images

They named the new species Hyalinobatrachium dianae (Diane’s Bare-hearted glass frog), in honor of Kubicki’s mother, Janet Diane, and wrote about the discovery in the February issue of Zootaxa.

The semitransparent glass frog, whose internal organs are easily seen, is common to the rainforests of Central and South America. This is the first time since 1973 that a new species has been discovered in Costa Rica, according to National Geographic.

As a result of the latest discovery, there are now 14 types of glass frogs in Costa Rica and 149 worldwide.

As the internet reacted to the Kermit look-alike, Disney released an official Q&A with the Muppet, in which Kermit responded to a range of questions about his amphibious doppelganger:

Is it true that you may be related?
Yes, we’re cousins. In fact, I’m related to every single frog in the world, and I’m close to most toads, too. The reason this new frog looks so much like me is that her mother and my mother are sisters. It’s a family resemblance. Googly eyes run in our family.