The Nobel Prize in Physics was awarded Tuesday to the inventors of the blue light-emitting diode, or LED, shining a light on the creation that solved the final puzzle piece to energy-efficient lighting. 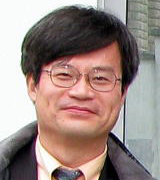 The Nobel committee recognized professors Isamu Akasaki and Hiroshi Amano of Japan, as well as professor Shuji Nakamura of the United States, for the invention of the first blue LED lights in the early 1990s using semiconductors.

At that time, both red and green LEDs had been invented, but the ability to create the blue variety had remained elusive. Without a blue LED, there was no way to create white LED light — a sought after replacement to the incandescent and fluorescent bulbs majorly in use at the time.

However, the Nobel committee said, Akasaki, Amano and Nakamura “succeeded where everyone else had failed”:

The Laureates challenged established truths; they worked hard and took considerable risks. They built their equipment themselves, learnt the technology, and carried out thousands of experiments. Most of the time they failed, but they did not despair; this was laboratory artistry at the highest level.

Shuji Nakamura, professor at University of California, Santa Barbara in the United States.

Lamps using white LED light are more energy efficient than previous lighting, requiring less power to light than other light sources. White LED lamps can also last as long as 100,000 hours, compared to the 10,000 hours for fluorescent lights and 1,000 hours for incandescent bulbs.

“The invention of the blue LED is just twenty years old,” the Nobel website writes, “but it has already contributed to create white light in an entirely new manner to the benefit of us all.”