Seeking an edge, these brain hackers mix up risky chemical cocktails for breakfast

Editor’s note: PBS NewsHour is a partner with STAT, a new national publication reporting from the frontiers of health and medicine.

SAN FRANCISCO — Tomás Gutiérrez isn’t a brain scientist. But each morning, he mixes up a new chemical cocktail that he hopes will sharpen his focus and boost his intellect.

He adds a dash of butter for flavor, stirs it into a cup of coffee, and downs it.

A 31-year-old entrepreneur, Gutiérrez has thrown himself into the emerging movement of body hacking — or, more precisely, brain hacking. He’s a connoisseur of “nootropics,” a broad category that includes pharmaceutical drugs, dietary supplements, and do-it-yourself concoctions, all of them meant to turn the brain up a notch.

They haven’t been clinically proven to work, and there’s emerging evidence that some could be dangerous. But nootropics, also called smart drugs, have become popular among young type A personalities on Wall Street, in the Ivy League, and here in the frenzied startup culture of Silicon Valley.

Enthusiasts aren’t seeking an altered state of consciousness; they want to become a better version of themselves, even just for a few hours at a time. Like Olympic athletes pushing their bodies, they hope to tune their brains for peak performance. And they want to do it without the jittery side effects and stomach churn they’d get from downing endless energy drinks or popping prescription stimulants like Adderall or modafinil.

Gutiérrez, slender and dark-eyed, swears by a daily “stack” mixed into his morning coffee.

He throws in some MCT oil, a form of fatty acid that occurs naturally in such foods as coconut oil. He adds BCAAs, or branched-chain amino acids, which are popular among weightlifters. Then there’s L-theanine, an amino acid found in green tea.

‘Breaking Bad’ on the kitchen counter 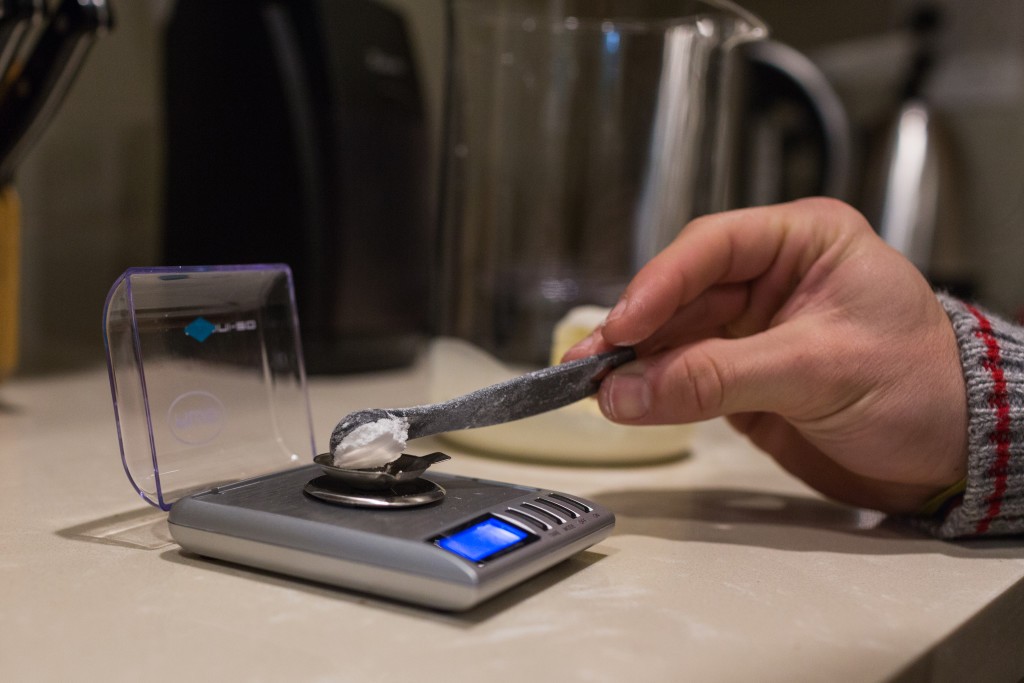 On the kitchen counter of the two-bedroom house he shares with his girlfriend, Gutierrez keeps 100-gram containers of compounds he buys online, along with two scales, one to measure in grams and the other in milligrams.

Sometimes, his girlfriend prods him to clean up his experiment site. She thinks it looks too much like a chemistry set. And Gutiérrez admits his kitchen resembles a scene from “Breaking Bad.” “It definitely looks questionable,” he said. “There are liquids and powders and scales.”

Like all dietary supplements, nootropics are only very loosely regulated; the manufacturers don’t have to prove safety or efficacy before putting them on store shelves. By law, the Food and Drug Administration can step in to recall a product only if it’s mislabeled or causing illness or injury.

Gutiérrez admits that a part of this untested new drug realm scares him. A skeptic by nature, he says he fully researches any compound he puts in his body. But he acknowledges that not everyone follows that protocol.

“You’re on your own to figure out the safety of some of this stuff,” he says. “People might say the negatives are few, but we still don’t know what we don’t know.”

A competitive squash player, Gutiérrez says his daily stack gives him a feeling of concentration and productivity known among his fellow brain-hackers as “The Flow.”

“It’s a level of focus otherwise unheard of, one you can maintain for long periods of time,” said Gutiérrez, a partner in a startup that creates and markets teams of tech talent. (He also runs an online coffee sales business.) “You can crank out code or do some other technical task for hours on end.”

A host of companies now sell over-the-counter nootropics, and they’re starting to get big-name backing. Nootrobox, a startup based here in San Francsico, has financial backing from Yahoo Chief Executive Marissa Mayer and the legendary venture capital firm Andreessen Horowitz, which is known for its early bets on Twitter, Airbnb, Instagram, and other blockbusters.

But Gutiérrez belongs to an active community of amateur scientists who like to experiment with their own mixes — and aren’t afraid to use their own brains as lab rats. They trade precise combinations of plant extracts and synthesized drugs as though they were swapping cookie recipes.

To give some idea of the popularity: The nootropics page on Reddit, which serves as an online forum for the do-it-yourself-crowd, has more than 65,000 readers.

Troubling hints of risks to the brain

Do the chemical cocktails work?

“Who the heck knows?” said Kim Urban, a Philadelphia neurophysiologist who has studied the effects of nootropics. “So few studies have been done, and those that have were not the most controlled trials.”

Urban said there are hints of short-term gain but also signs that overuse could cause damage, such as muscle spasms and brain fog.

A study she coauthored, which was published in 2014, found that stimulants such as Ritalin — often favored by brain-hackers — could eventually reduce the plasticity of the brain’s neural pathways and potentially cause long-term harm. She found particular risk for children and adolescents, but wrote that even healthy adults run a risk.

“You’re dealing with unregulated substances that have no oversight,” Urban said. “Myself, I wouldn’t take them. I’d be leery of them the same way I’d avoid taking weight-loss supplements. We just don’t know enough.”

The other day, Gutiérrez was among a dozen brain-hackers — mostly lawyers, students, and tech engineers — who attended a breakfast at a coffee house near San Francisco’s financial district.

The host was Geoffrey Woo, a Stanford computer science graduate who cofounded Nootrobox.

Woo believes companies like his may be on the verge of providing not only a brain boost but a key to prolonged life. “We are all trained as children that we are going to die,” he said, “but technology is reaching a point where death can be treated like any illness or sickness, and aging will be considered a disease.”

(For all his confidence, the Nootrobox website does include a warning that the company cannot “ensure that unforeseen side effects will not occur even at the proper dosages” and is not liable for any such fallout.)

Nootrobox has begun trials to test the long-term effects of its products, which sell for about $40 for a month’s supply. But Woo knows many brain-hackers are too impatient to wait for the future. “A lot of people have this intellectual curiosity, trying the more edgy stuff to boost their brains — it’s all about getting comfortable with the risks,” he said. 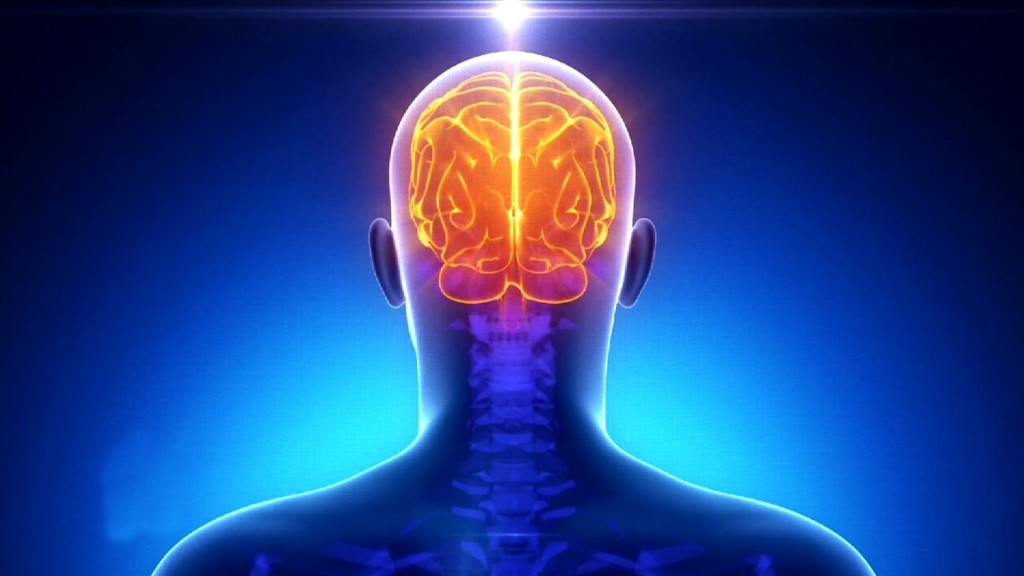 Many are experimenting with drugs such as piracetam and noopepts, which are sold under brand names such as OptiMind and NeuroFuse. Online forums are filled with comments from people who credit the chemicals with helping them achieve new clarity of mind and finish tasks at a record pace — and also with warnings from users who said the drugs made them feel foggy and leaden, or caused alarming side effects.

Jens, a 22-year-old advertising student at the breakfast, said his daily doses of piracetam and a nutrient called choline, added to his coffee, often induce a Zen-like state.

“I can get so deep into something that I forget about the world around me,” said the Swedish native, who asked that his last name not be used because he didn’t want his family to know he was experimenting with the substances. “You become one with whatever you’re doing … I can think deeper and faster. It’s not happier, it’s just more focused.”

Joe Cohen is another proponent of pushing the brain’s envelope. He’s a New York City-area nutritional consultant and bio-hacker who started the website selfhacked.com to chronicle his adventures with nootropics and other substances.

While he advises caution to readers, Cohen admits having a few of his own fast-lane practices.

“I do megadose experiments,” he said. “It’s a curiosity thing with me. If you really want to know the effect something has on your body, you often can’t tell by taking a normal dosage.”

And so he sometimes compounds the recommended dosage. “The brain is resilient,” Cohen said. “It will go back to normal if you don’t go too hardcore.”

Registered dietician Kamalini Mukerjee, who’s based in Las Vegas, counters that it’s dangerous to play scientist with your own brain, even with supplements labeled as natural. “People die from peanut allergies. Just because it’s natural, that doesn’t mean that it’s safe,” she said. 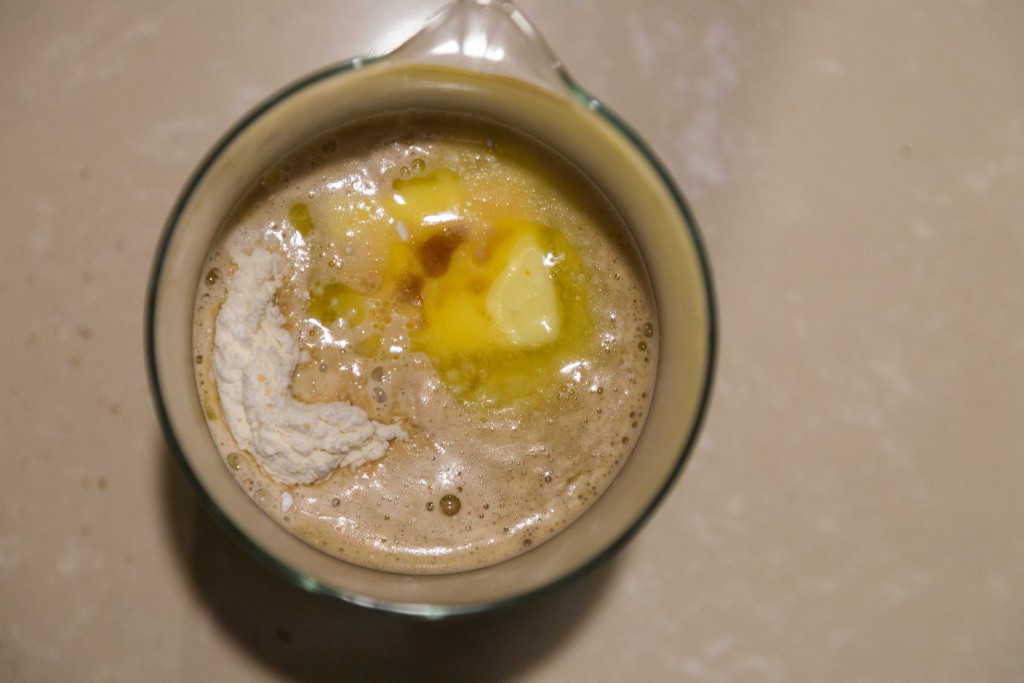 Gutiérrez swears by the mental boost he gets from his stacks.

Still, he sometimes questions his own reasons for needing such a drug regimen, wondering whether work pressures have forced him to become his generation’s version of a hamster scurrying on an exercise wheel.

“I don’t think human beings are designed for the hyperproduction that is a product of this modern age,” he said. “With so many of those hours-long stretches of hyperbrain activity, I’ve burned myself out so many times.”

Gutiérrez has tried other ways to increase his mental acuity and his sense of well-being. He’ll sometimes fast for up to 40 hours straight. He sticks to a mostly Paleo diet consisting of meat, fish, and vegetables. He has also tried meditating, getting more sleep, and even taking more time off from work.

He’s learned, he said, “that there’s more to be found in the enjoyment of life than chasing productivity.”

But he still pours his stack into his coffee each morning, hungry for brain overdrive.

This article is reproduced with permission from STAT. It was first published on February 18, 2016. Find the original story here.