People across the British Isles looked up at the night skies on Thursday and saw a rare sight — the dancing, flickering lights of the Northern Lights, or Aurora Borealis.

The clearest views of the light display were in Scotland and northern England, but they pushed as far south as Wales and the Channel Islands off the coast of France. A combination of clear, cold weather and a strong solar storm on Feb. 25th made the conditions the best in decades for viewing the lights. 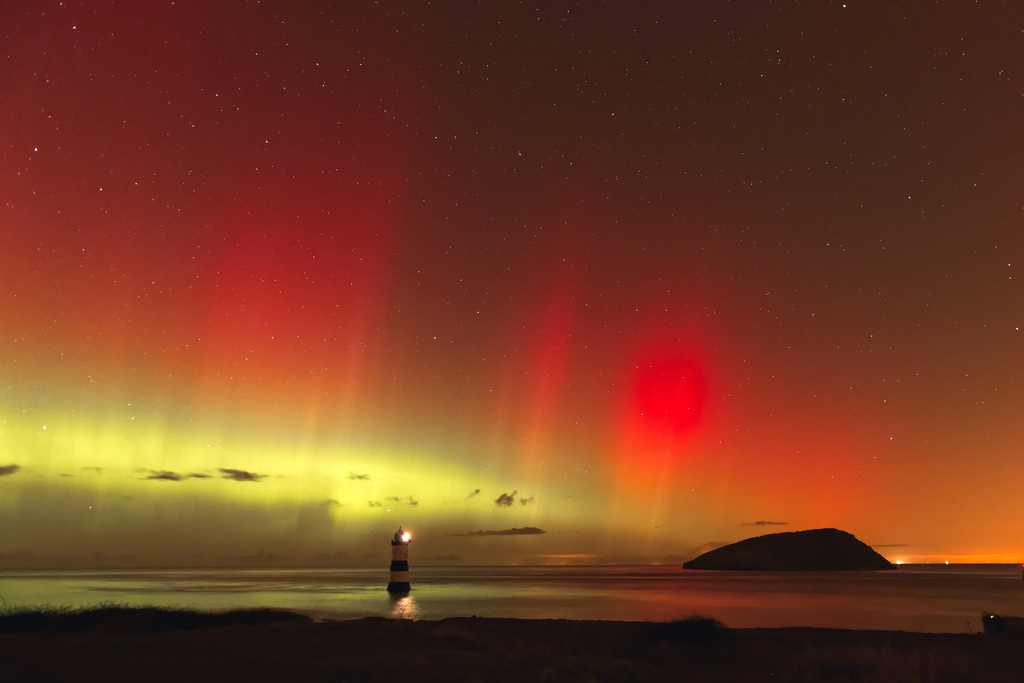 Spectacular colors of the Northern Lights look like fire in the sky over the water near Black Point, Wales. Photo by Flickr user Adrian Kingsley-Hughes.

The colors varied from brilliant green to pink to bright red and shades inbetween. According to the British Geological Survey, the dazzling display happens when explosions on the Sun hurl large amounts of charged particles into space. The particles that head toward Earth take two or three days to gravitate to the geomagnetic polar regions where they collide with gas molecules and fill the sky with colors.