How many times have you had a conversation about when are “they” going to find a cure for the common cold, or make decent-tasting vegan cheese? Well, what if you had a chance to do it yourself?

That’s the idea behind the trend of do-it-yourself biohacking: to get regular people involved in scientific discovery. A group of DIY scientists at a new crowdfunded lab in Oakland are doing just that.

The lab tables at Counter Culture Labs look official: They’re covered with beakers, pipettes and fancy-looking equipment. But the walls look like an artist’s studio, with huge graffiti murals.

The current discussion is about who’s next to use the lab’s autoclave — that’s a pressurized heating chamber. Maggie Richani, who’s working on a team developing vegan cheese, offers to double up with the group extracting DNA from mushrooms.

“We share everything here,” says Richani, as she squishes several glass containers inside.

Counter Culture Labs has about 35 dues-paying members and dozens of volunteers. Tamari Kirtadze. who’s been coming here while she searches for a job in chemical engineering, says it keeps her skills fresh, and it’s a chance to learn from and teach people.

“If you’re interested and you’re willing to do something … and help out any way you can, we are welcoming to people,” says Kirtadze.

“I’ve seen other hacker spaces where they require you to take certain classes before they allow you to do anything,” she adds.

The projects are as varied as the participants. In addition to developing vegan cheese, another group is trying to make an eco-friendly sunscreen. And the focus of tonight’s weekly meeting is the Open Insulin Project.

“The goal is to make and purify human insulin, and we want to do that in the simplest and least expensive way possible,” says Anthony DiFranco, who helped start the Open Insulin Project. 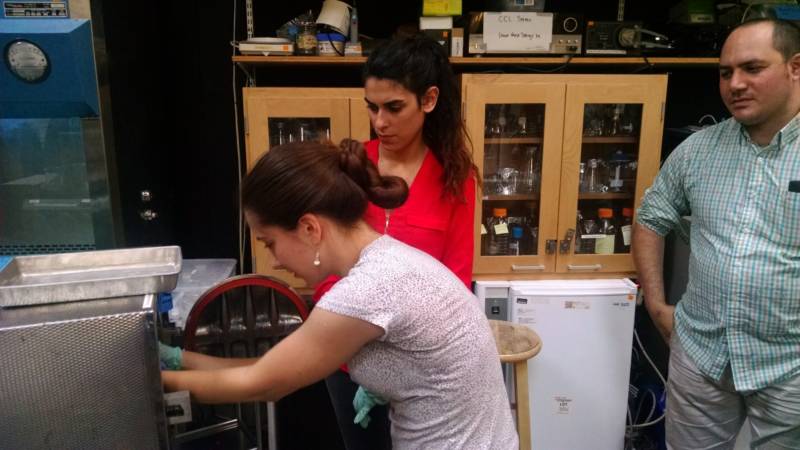 DiFranco’s a Type 1 diabetic himself, which means he needs to use insulin to balance his blood sugar. Here in the lab, he and the team are using E. coli to try and produce something biologically similar to insulin.

Today a group of volunteers is shining an ultraviolet light onto a petri dish. If they see a green fluorescent glow, it’s a protein, and it could be attached to an insulin precursor. DiFranco sees what might be a bit of glowiness, but knows it’s no guarantee. In fact, he’s well aware that this whole idea might not work. But whatever discoveries come out of the group work here will be open source — the data will be available online, for anyone to use.

Patrik D’haeseleer, chair and founding member of Counter Culture Labs, says the team hopes to supplement the global supply of insulin. A 2015 report from the World Health Organization found three-quarters of low-income countries and almost half of lower-middle income countries did not have insulin available in the public health sector. 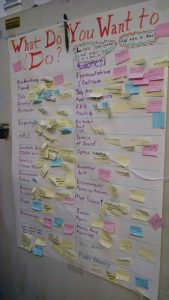 “There’s entire countries that run out of insulin for months in a row, which is essentially a death sentence for a Type 1 diabetic,” explains D’haeseleer.

“We want to get past this hurdle where everything is essentially locked up in intellectual property and owned by three large pharmaceutical companies,” he adds.

D’haeseleer is a disrupter at heart. He hopes several companies will take the lab’s techniques and produce more generic insulin, driving down the price all over the globe.

But Dr. Carl Peck, who teaches at UC San Francisco, says he’s skeptical that whatever comes of the Open Insulin Project could eventually make it to consumers.

“There’s so many factors here that make this a very ambitious project,” says Peck, who estimates developing and marketing a new drug can cost up to $1 billion. Even a basic generic will cost tens of millions.

“Think about their end goal and what the obstacles are to get there. And it’s gonna be money, it’s gonna be regulation, and it’s gonna be ultimately their own responsibility in developing a safe product that actually works,” says Peck, who was formerly the head of the FDA’s Center for Drug Evaluation and Research,

The folks at Counter Culture Labs say that if they get far enough to develop a product, they plan to partner with an established lab for clinical trials. And they’re collaborating with Biocurious, another DIY lab in Sunnyvale. DiFranco says opening up the process is almost as significant as the result.

“We’re showing that people can do this on a very small scale, and we’re documenting how that’s done and sharing that information,” says DiFranco.

It may seem far-fetched, but here in the Bay Area, this is how a lot of the things that rule the world got started. And if they don’t succeed at making insulin, there’s always vegan cheese.

This article is reproduced with permission from KQED Science. It was first published on July 25, 2016. Find the original story here.