After the FBI refused to devote its forensics expertise to solving wildlife poaching and trafficking cases, the world’s only lab for solving wildlife crimes was built in Oregon. Video by EarthFixMedia

Laura Daugherty balances a small tray on one gloved hand, like a waiter at black-tie restaurant.

Her patrons are a teeming pile of flesh-eating beetles.

“I’m sure they’re pretty hungry,” she says of the half-inch long insects. “And this is a nice fresh body for them to work on.”

Daugherty places the dark pink meat onto an egg carton and lowers it into the Plexiglas tank. Within minutes, the beetles find their dinner.

Daugherty is an evidence technician at the U.S. Fish and Wildlife Forensics Lab in Ashland, Oregon. And despite the table-service, the flesh-eating beetles are more co-workers than guests. Forensics scientist use them to strip animal carcasses down to the bone — often to reveal trauma and help determine cause of death.

In the case of the ring-necked pheasant, Daugherty is creating a skeletal model. The lab’s scientists will use it as a baseline to help solve poaching or animal trafficking cases in the future.

While there are other labs around the globe that specialize in specific types of plants and animals, the Ashland forensics lab is the only one in the world dedicated to solving crimes against all kinds of wildlife. It’s been that way since the facility opened in 1988 under Ken Goddard, who’s been the lab’s director ever since.

“Much like any other police crime laboratory, we do two basic things: We identify evidence,” Goddard says. “In a triangular fashion, we attempt to link suspect, victim and crime scene together with that evidence.” 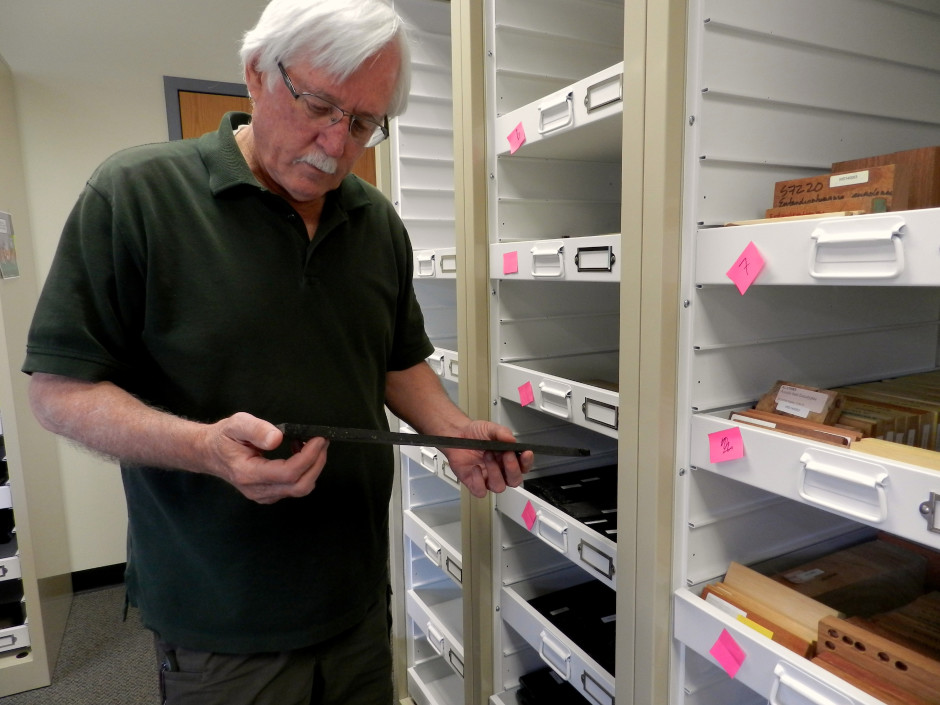 Products, parts and whole animals are seized by law enforcement officers and sent to the Ashland lab for analysis. Photo by Jes Burns, OPB/EarthFix

It’s something that wildlife enforcement officers tried to get the FBI to do for them after the passage of the Endangered Species Act in 1973. But Goddard says the FBI didn’t have the techniques to identify animals, and that the bureau made it known cases involving human victims would take priority.

“The huge demand for wildlife by human populations has to be regulated — has to be stopped. At least slowed down. Or we’re simply going to lose them.” — Ken Goddard
It became clear that a designated forensics lab was needed.

Scientists at the U.S. Fish and Wildlife Lab are at the forefront of wildlife forensic science. Goddard says the lab handles up to 500 cases per year and examine as many as 15,000 pieces of evidence.

In the lab, a menagerie of the colorful, the unusual and the hunted is interspersed among the high-tech equipment of forensic science.

The facility features a pathology lab where medical examiners determine how an animal died. There’s a ballistics lab where bullets can be linked to poachers’ guns. In the genomics lab, DNA testing is used to determine species.

There’s also a morphology lab where biologists who specialize in birds, reptiles or mammals identify what they call the “pieces, parts and products” that come through the lab’s doors on a daily basis. That’s the most common request they get. 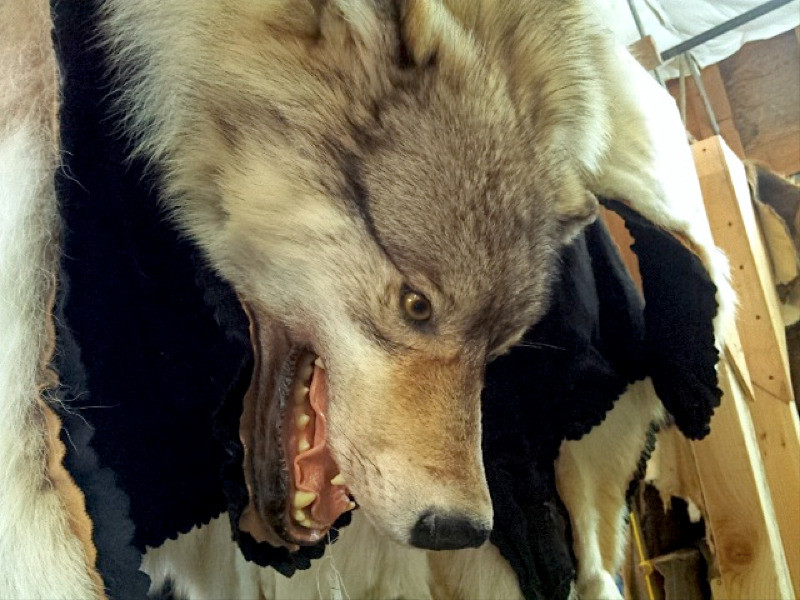 “You would not continue an investigation unless you’re pretty sure you’re dealing with an endangered or threatened species,” Goddard says.

For example, if wildlife agents comes across a suspicious piece of fur, they can send it to the lab for testing. What happens to the case will be far different if that fur turns out to be from a common coyote instead of an endangered wolf.

Many of the Wildlife Forensics Lab’s cases are brought by U.S. government inspectors and special agents. But the facility is also the official crime lab for CITES — the Convention on International Trade in Endangered Species. Ratified in 1973, the CITES treaty is the international agreement that governs trade of rare plants and animals.

There are currently about 1,000 species of plants and animals protected at the highest level, meaning they’re illegal to trade except under special circumstances like for use in scientific research.

It is up to each of the 180 individual countries that have signed on to CITES to enforce it. In the United States, the Fish and Wildlife Service is responsible. This means evidence from most cases of suspected CITES violations in the U.S. eventually ends up at the lab in Southern Oregon.

In recent years, CITES has expanded its efforts to protect trees from illegal logging and trade. About 50 tree species are now protected under the convention and U.S. agents have begun seizing shipments of illegally trafficked wood from those trees. Rare species like Brazilian rosewood garner a hefty price on the blackmarket. It’s a type of wood that is prized in making furniture and musical instruments. 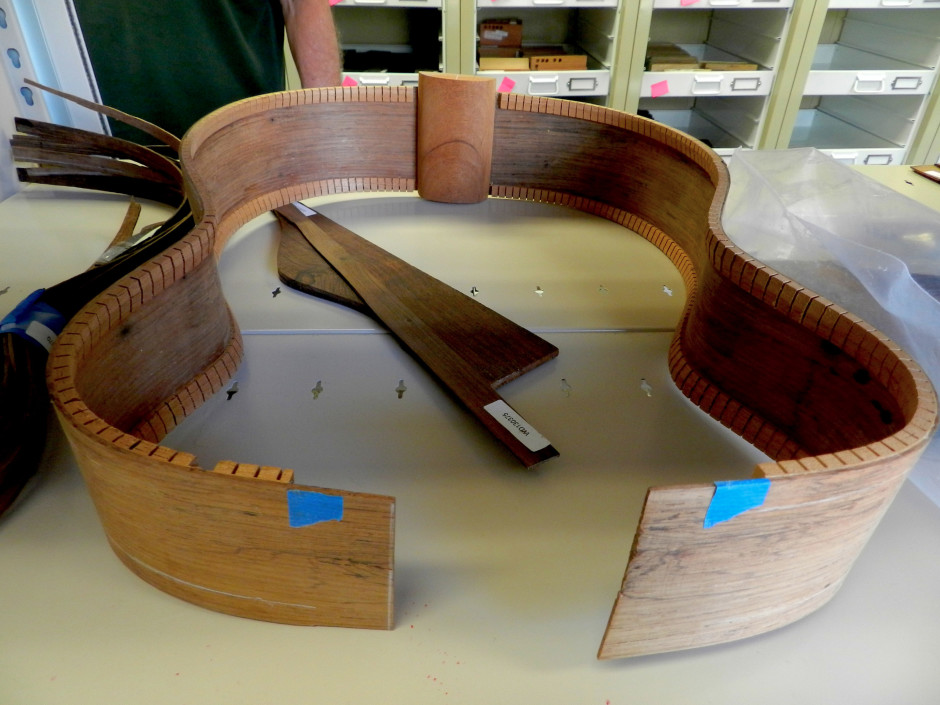 But wood identification can be challenging because no one ships whole trees. Once the limbs, leaves, fruit and DNA-rich sapwood have been removed, scientists are left with wood grain and structure. That’s not enough to differentiate an endangered tree’s wood from wood from a common but closely related tree.

But what if you could tell apart wood from closely related tree species by their chemical scents?

The lab’s deputy director, Ed Espinoza, started puzzling over that when an inspector asked if he could identify an incense tree called agarwood, which is so aromatic it’s used to make perfume.

It occurred to Espinoza that he may be able to use a sophisticated machine at the lab called a DART-TOF (Direct Analysis in Real Time – Time of Flight) mass spectrometer.

“This instrument is kind of like a massive nose almost,” he says.

The experiment worked, so Espinoza and his team began collecting baseline samples of protected trees from around the world. Now the forensics lab can use the DART to identify many types of endangered wood down to the species level. 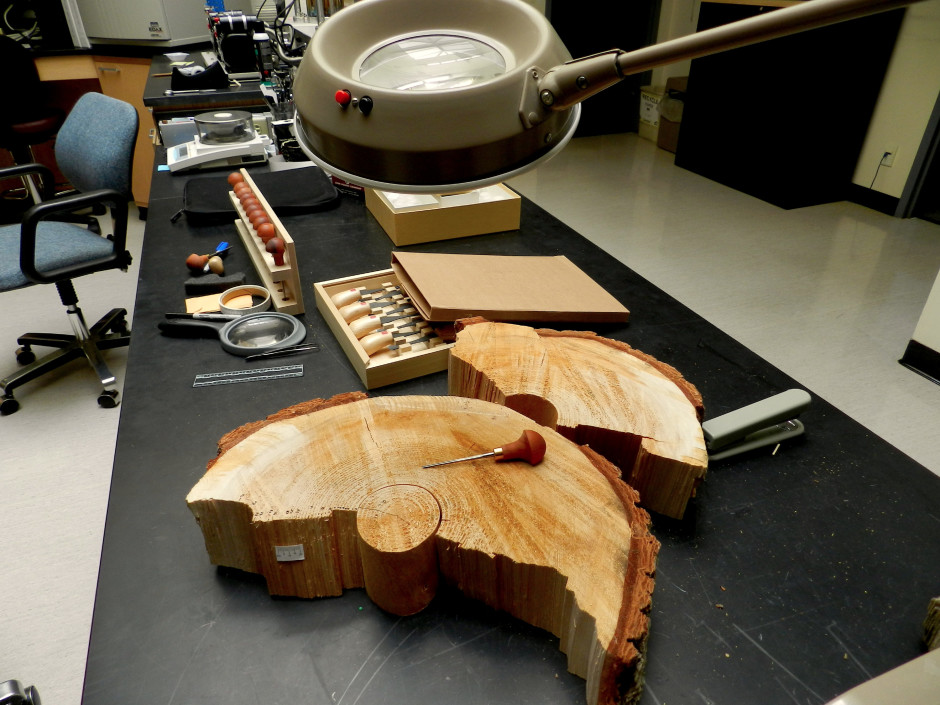 “I think [law enforcement agents’] interests increase, knowing they can, if they are investigating a case, send a sample to a laboratory,” she says.

With an Interpol-estimated value of up to $100 billion, any tool that can help stem the huge business of black market timber and wood products is welcome.

“I think we’ve had a real impact in that we’ve enabled investigators to go forward into cases they simply never could have done before,” Lab Director Goddard says.

This holds true for identifying wood and wildlife products. For example, the lab developed techniques to quickly identify the species of sturgeon by DNA-testing roe. Once perfected, the lab was able to help U.S. law enforcement curtail the illegal importing of caviar.

“Curtail” is the critical word here. Goddard says it wasn’t law enforcement that ultimately dried up illegal caviar imports, it was overfishing sturgeon in the Caspian Sea.

“I was taught long ago, as a young deputy sheriff, don’t expect to accomplish a lot in your job,” Goddard says. “Law enforcement doesn’t resolve issues.”

But both Goddard and Espinoza say they could be more effective with additional resources — ideally an international network of labs that would develop regional expertise, share data and build on wildlife forensic science.

The Ashland facility will soon get some help closer to home. This year, the lab will expand its capacity to handle cases by adding six new scientists to its staff of 17. Even so, says Goddard, the lab can only do so much to curb human desire for plant and animal products.

“The huge demand for wildlife by human populations has to be regulated — has to be stopped. At least slowed down. Or we’re simply going to lose them.”