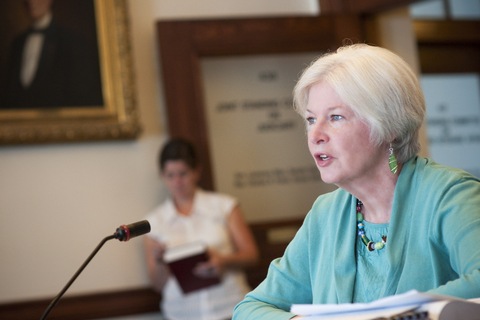 Deborah Rice served as chair of an EPA panel assessing the safety levels of flame retardants in 2007, but her removal from that panel led some to believe that a powerful industry lobbying group had influenced the EPA and unfairly targeted the scientist. Photo courtesy of the Heinz Awards

In 2007, when Deborah Rice was appointed chair of an Environmental Protection Agency panel assessing the safety levels of flame retardants, she arrived as a respected Maine toxicologist with no ties to industry.

Yet the EPA removed Rice from the panel after an intense push by the American Chemistry Council (ACC), an industry lobbying group that accused her of bias. Her supposed conflict of interest? She had publicly raised questions about the safety of a flame retardant under EPA review.

Rice’s travails through the EPA’s Integrated Risk Information System, or IRIS, program reveal the flip side of industry’s sway. Not only does the ACC back many scientists named to IRIS panels, it also has the power to help remove ones it doesn’t favor.

The ruckus over the Maine scientist surfaced six years ago, but its lesson echoes today. 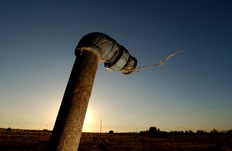 Read more: Was the EPA Influenced by a powerful industry lobby?

To Rice, her removal points up an irony borne out by a Center for Public Integrity investigation: Scientists with deep ties to industry are allowed to continue on IRIS panels. But she — with no financial link to industry — was booted.

“It wasn’t like I was a consultant, saying this stuff is really bad because someone is paying me to do it. I was the toxicologist working for the state of Maine asked by my department to do these reviews,” she said. “That was the basis on which they said I was in conflict.”

Another irony: Rice’s assessment was on target. Two years later, the EPA moved to cease production of decaBDE, a chemical it views as a possible carcinogen. In Maine, Rice’s research had supported a state ban on the chemical.

Rice was with the Maine Center for Disease Control and Prevention when she was appointed to the EPA panel convened to study the safety of brominated flame retardants used in products ranging from building materials to electronics and plastics. The panel was tasked to assess the safe reference doses of four forms of polybrominated diphenyl ethers (PBDEs) — including decaBDE, which Rice had studied for several years in Maine.

A former EPA toxicologist, Rice had been honored by the agency in 2004 for outstanding scientific work.

Her undoing came after she made public comments about a compound that was under EPA review.

Before her appointment to the IRIS panel, Rice, like other members, was asked whether she had taken public positions on the chemicals being studied. She answered “No” — but reported that in 2004 and 2005, as a toxicologist for the Maine CDC, she had written a review of the health effects of PBDEs.

With the IRIS panel due to convene Feb. 22, 2007, members were asked on Feb. 16 if any of their information had changed. “No changes,” Rice reported.

A day earlier in Maine, Rice had testified before the Legislature supporting a ban of decaBDE. “Deborah Rice with the Maine CDC’s Environmental and Occupational Health Program told lawmakers there is no question in her mind that deca should be eliminated because it is a persistent toxin that accumulates in the food chain,” the Bangor Daily News reported.

The ACC seized on those public statements and, in May 2007, dispatched a 10-page letter to the EPA urging that she be stricken from the panel. The chemistry council cited “certain information that has come to light that could suggest the potential for bias exists on the part of the Peer Review Chairperson.”

The ACC cited her comments in Maine and in articles she had written. “Thus, EPA staff had to know or should have known that the Chairperson has been a fervent advocate of banning deca-BDE — the very sort of policy predisposition that has no place in an independent, objective peer review,” wrote an ACC vice president.

Rice’s inclusion on the panel, the ACC said, “ultimately calls into question the overall integrity of the entire IRIS database.”

An EPA official met with the ACC that June. In the end, the agency sided with industry, concluding that Rice’s statements created a “perception of bias.” Reviewers found, however, that her comments did not influence others — “because her comments were echoed by the other panelists.”

In August 2007, the EPA deleted Rice’s comments from its website. A day later, an IRIS official called Rice to tell her the news.

The EPA site today says: “The final report includes only four of the five reviewers’ comments. One reviewer’s comments were excluded from the report and were not considered by EPA due to the perception of a potential conflict of interest.”

Rice had already completed her IRIS service when the EPA took its action. She said she was simply reporting her findings as a toxicologist and had no conflict. “All of a sudden my comments disappeared as if I had never been part of this panel,” she said.

Rice wonders whether industry targeted her as part of a larger plan to discredit attempts to ban deca. At the time, several states were raising concerns over the retardant’s safety. The EPA itself had raised concerns — ones so significant that in late 2009 the agency and several chemical companies agreed to phase out its production.

“I think the motivation just has been to discredit me personally,” Rice surmised. “To say, ‘She’s biased, she has a conflict, she’s discredited. These other states shouldn’t pay attention to what Maine has done.’ And it seemed to me they saw a good opportunity to do this.”

The ACC said it sought Rice’s removal to ensure the peer review was independent.

Her ouster triggered a dustup. Groups ranging from the Environmental Working Group to the Center for Science in the Public Interest chastised the EPA for removing Rice while, in other cases, keeping panelists with ties to industry. “The actions taken by EPA against Dr. Rice call into question the credibility of EPA management,” the groups wrote in 2008, urging the EPA to reinstate Rice as panel chair. “When it allows itself to serve the interests of the polluting industries that it is charged with regulating, it has perverted its mission.”

Rep. John Dingell, D-Mich., then-chairman of the Energy and Commerce Committee, pressed the chemistry council to explain why panelists with industry ties “have not been targeted by the ACC as also having conflicts of interest that would disqualify them from serving on EPA panels.”

The EPA’s Office of Inspector General investigated, and found no wrongdoing in the agency’s actions. “We conclude that EPA did not violate existing federal law, regulations, guidance or other relevant requirements in its actions,” an IG official wrote in January 2009.

Still, the removal of Rice shone a light on the system — for a time. The EPA “kind of promised to clean things up,” said Rice, who recently retired. “Once the spotlight shifts to something else, it’s business as usual.”

Toxic Influence is an ongoing series of reports exploring the nexus between industry, science and policy. This story is being produced in partnership with the Center for Public Integrity.

The Center for Public Integrity is a non-profit independent investigative news outlet. For more of its stories go to publicintegrity.org.