California begins to emerge from its five-year drought

A report released Thursday by federal agencies indicated that recent rain activity has helped parts of California emerge from a five-year drought.

According to the United States Drought Monitor report, 42 percent of the state is no longer in a drought. That’s up from nearly 32 percent a week ago.

Data from the National Oceanic and Atmospheric Administration show that parts of Northern California have received more than a foot of rain over the past week, which has increased snow water content and filled major reservoirs in the area. Shasta Lake, Northern California’s largest reservoir, is now at 82 percent of its capacity. A week ago, it was 74 percent full.

The U.S. Drought Monitor’s weekly analysis, released on Thursday, shows only 2 percent of the state remains in the most extreme category, “exceptional drought,” down from nearly 43 percent a year ago. Video by Teodros Hailye/KQED

As a result of the recent rainfall, most of Northern California is now considered drought-free, said meteorologist David Miskus, the author of the report.

Other parts of the state are still at risk, however. The southern half of California has seen less rainfall over the past week than the north, and water levels in reservoirs and wells remain below normal. Lake Cachuma in Santa Barbara County, for instance, is at just 8 percent capacity.

As a result, the United States Drought Monitor has labeled those areas as facing “extreme” to “exceptional” drought conditions.

“I would not expect the drought to completely go away from Southern California, at least for another couple of winters,” Miskus told the PBS NewsHour. “The North is a completely different story.”

Despite some improvements in drought conditions, California Gov. Jerry Brown is not ready to ease or rescind the drought state of emergency declaration he made in 2014. 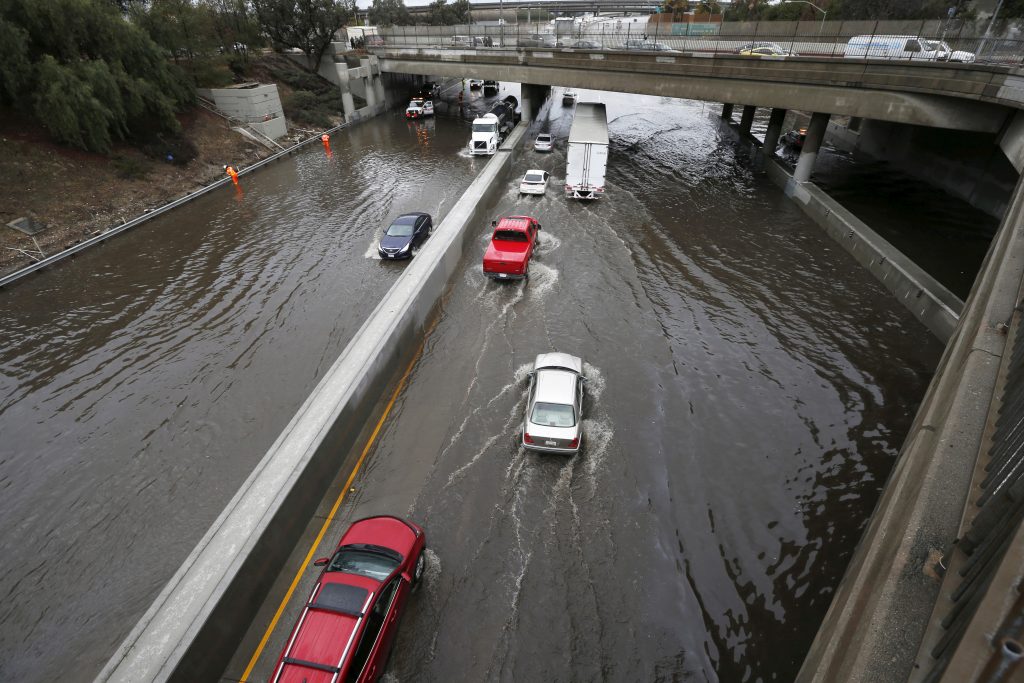 “We’ve still got a couple of months of the rainy season to go before we assess how drought conditions shake out,” California Natural Resources Agency spokesman Sam Chiu told the NewsHour. “The status of reservoirs, snowpack and groundwater levels at the end of the rainy season will be part of the assessment of the Governor’s statewide drought emergency declaration.”

More rain is expected throughout the state, including in Southern California, next week.