It will take a big rocket to get to Mars, and a big space capsule to protect humans during the months-long journey. It also takes decades of testing and development to plan a mission that will take humans further into space than ever before. NASA’s Orion project, which will launch its first test capsule on Thursday, hopes to put humans on the red planet sometime before 2040. 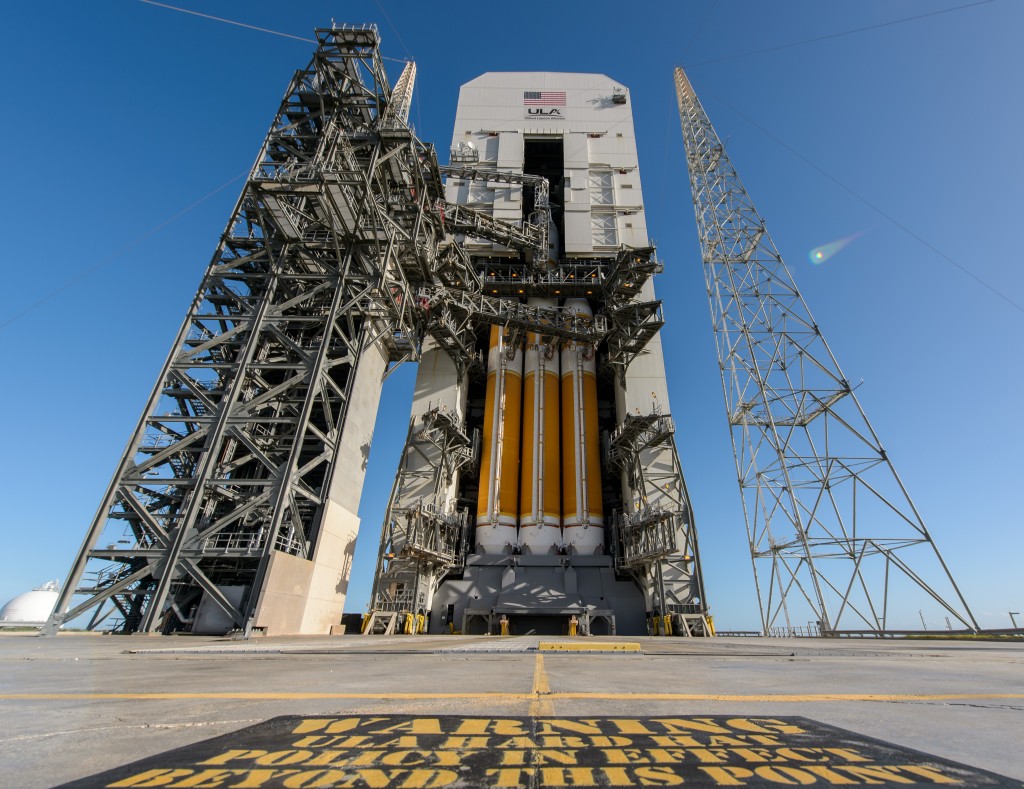 The unmanned Orion test capsule will be launched Thursday aboard the largest rocket platform in the U.S. fleet, a Delta IV. Later missions will be propelled by the new multi-stage rocket dubbed the Space Launch System. In this image, the vehicle undergoes final launch preparations inside the Mobile Service Tower at Cape Canaveral Air Force Station’s Space Launch Complex 37. 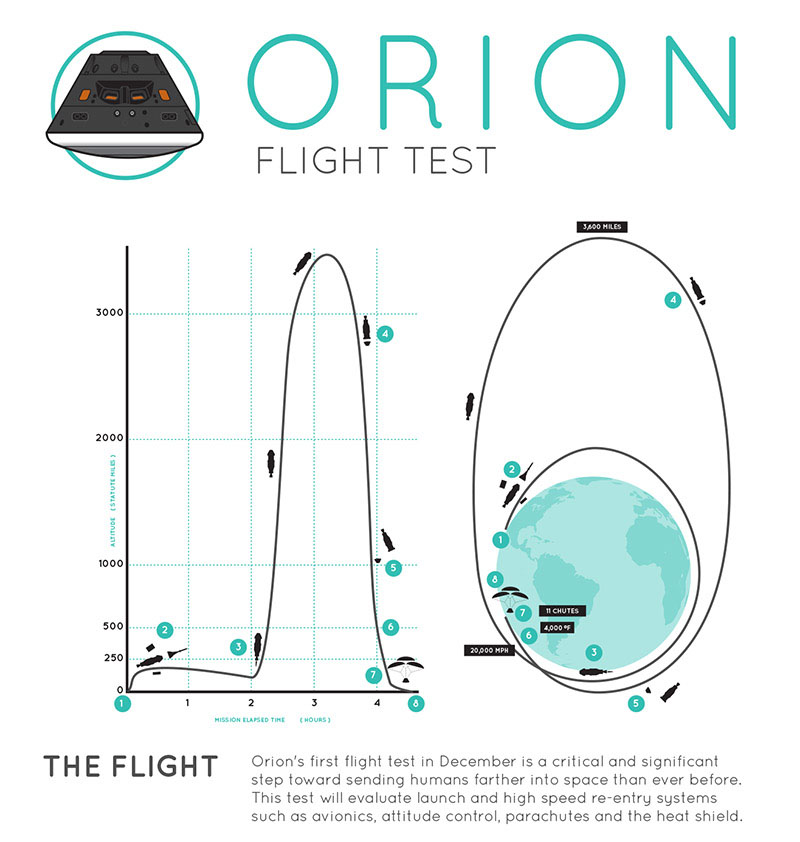 The unmanned Orion capsule will orbit the Earth twice, once at a distance of 3,600 miles above the Earth, before re-entering Earth’s atmosphere at a speed of 20,000 miles per hour. This is a key test for the spacecraft, which NASA hopes to use to send astronauts to Mars. Image by NASA. 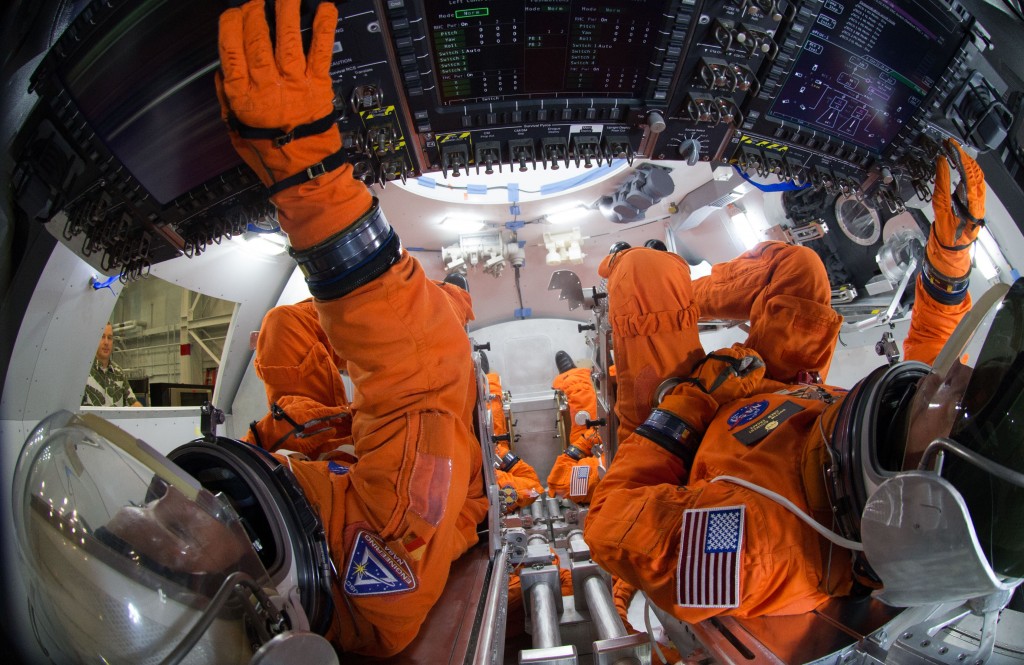 Using a mockup of the vehicle at Johnson Space Center, spacesuit engineers demonstrate how four crew members would be arranged for launch on future Orion missions. Photo by Robert Markowitz/NASA. 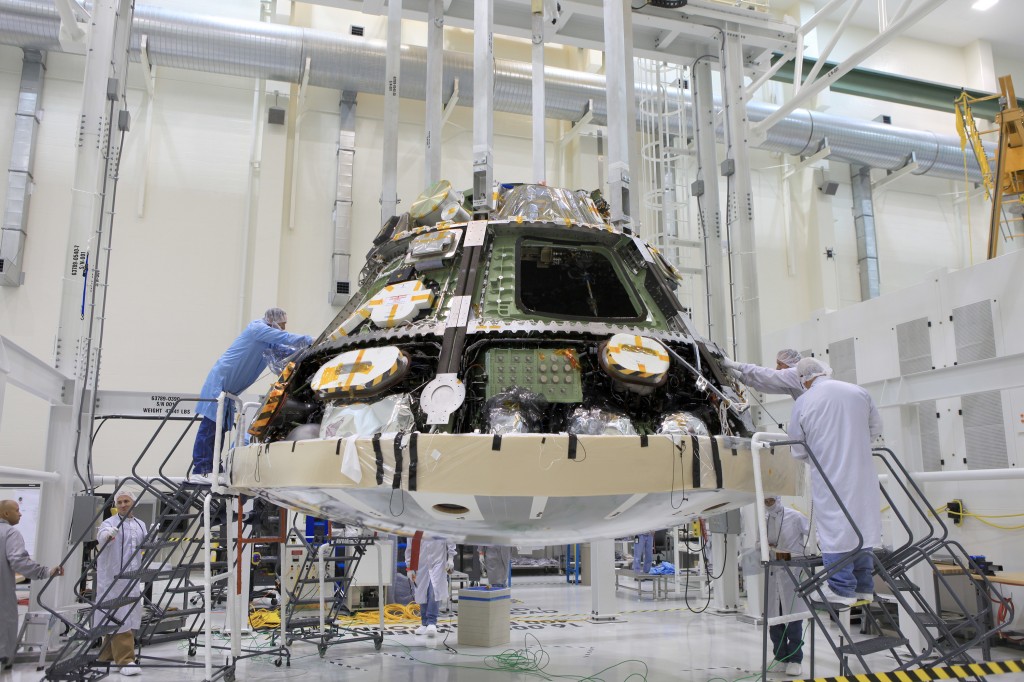 Engineers install a heat shield on the Orion spacecraft on June 5, 2014. On its test flight, the capsule will orbit Earth twice, reentering Earth’s atmosphere at temperatures of 4,000 degrees Fahrenheit. Returning from Mars, the future capsules will have to withstand 6,000 degrees. Photo by Daniel Casper/NASA 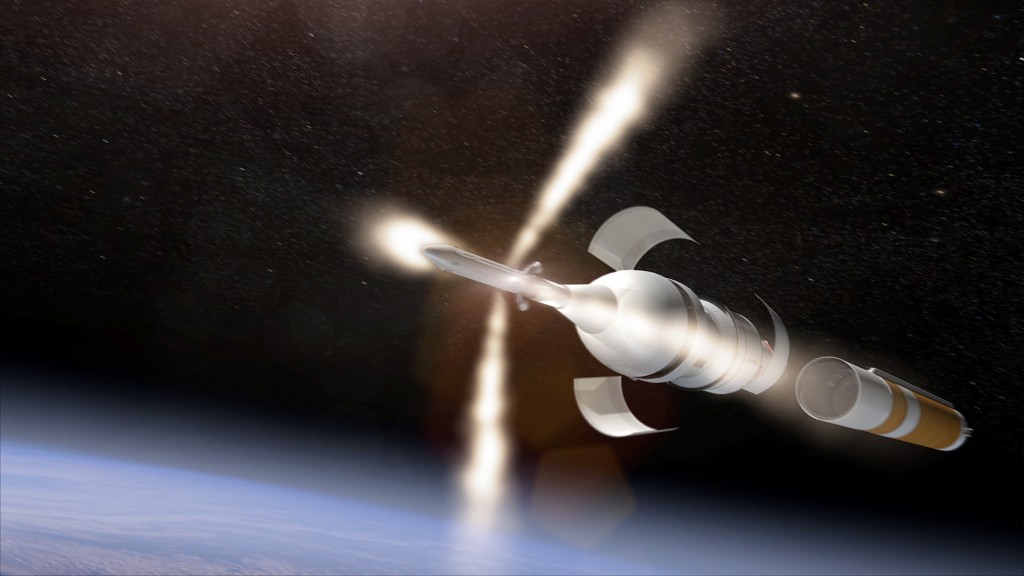 Thursday’s test flight will carry a live, but unmanned crew module, and the exercise will enable NASA to test many systems inside the Orion craft. Photo by NASA 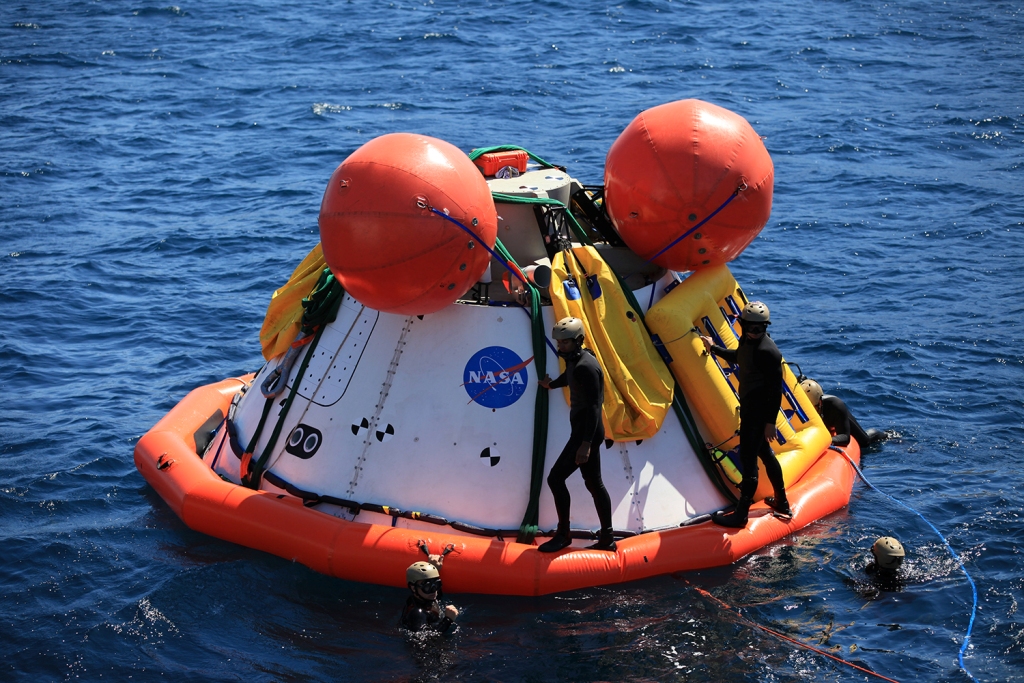 After its flight, the space capsule will parachute into the pacific ocean for retrieval by ship. NASA tested Orion’s seaworthiness and capsule retrieval procedures in August, 2014. Photo by NASA