This Pi Day, use math to beat your friends at classic toy games

It’s Pi day! So what better way to celebrate than with games that involve the math of circles? On this most circular of days, we present three classic toys — hula hoops, yo-yo’s and Connect Four — and explore their mechanics with mathematicians and physicists. Learn these calculable secrets, and prepare to best your friends at these time-tested toys.

To keep a hula hoop up the longest, what size hoop do I pick? 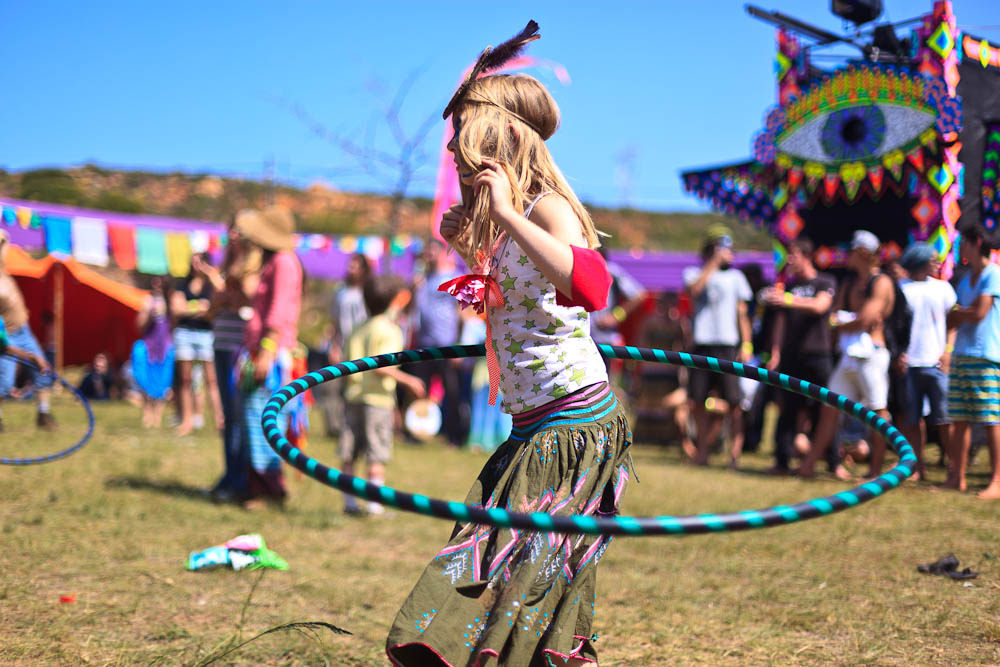 Presumably, you can’t reduce the radius of your waist on command, so you’re left adjusting the toy to become a hula-master. Photo by Andrew Newdigate on Flickr

The ease of hula hooping depends on the width of the hooper’s waist relative to the size of the hoop, explained Dr. Richard Barrans, a former physics professor at the University of Wyoming.

Centripetal force — the force that makes the hoop follow the circular path — must stay constant for the hoop to stay up. Hoop mass and hoop radius are the variables in the equation. Presumably, you couldn’t reduce the radius of your waist on command, so you’re left adjusting the toy, or choosing a bigger one, to become a hula-master.

With a bigger hoop comes more mass and a wider radius. As those numbers increase, the rotational angular frequency — or number of rotations that you have to perform in order to keep the hoop wrapped around you — can decrease. Fewer rotations per minute means the hooper’s hips can sway fewer times and exert less effort.

So, the bigger the hoop, the easier it is to keep up — to a degree. Hoopers can struggle to start rotating giant hoops — say, more than 10 feet across — which are sometimes heavy enough to bruise hips.

Final tips: Take off your shoes, because it makes moving your ankles easier. Try to find a spot where people are less likely to run into your hoop. Prepare for the fact that they probably will anyway.

To “sleep” a yo-yo the longest, what size do I pick? 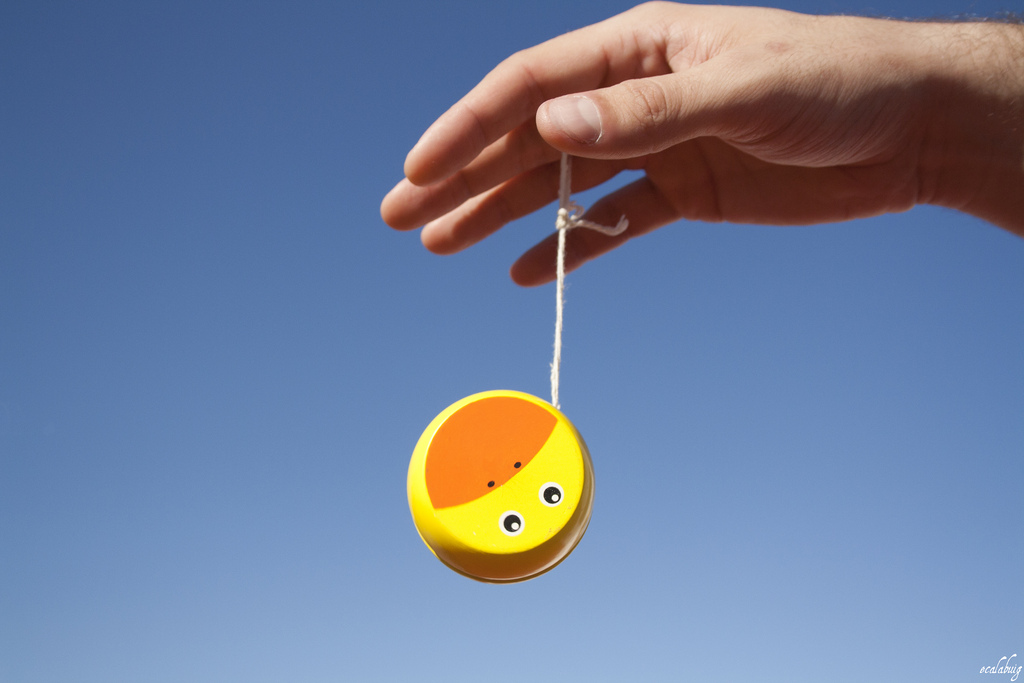 If possible, open up a yo-yo to see the size of the axle in comparison with the mass of the lobes. Photo by Enrique Calibuig on Flickr

Yo-yo’s with metal bearings can “sleep.” That’s when you drop the toy to the end of the string, and instead of yanking it back up immediately, it spins in place. Yo-yo’s possess a small axle in the center that holds the string and two lobes. If possible, open up the toy to see the size of the axle in comparison with the mass of the lobes.

“The ratio of those two is the important thing,” said Southeastern Louisiana University physicist Rhett Allain. To sleep for longer, a yo-yo also depends on the friction of the string on its spindle, but there’s little that you can do to change the friction of a string.

So, here’s the math of the yo-yo: Moment of inertia for a solid disk = ½ (mass of yo-yo x radius²). The main takeaway from this equation is that you should pick the yo-yo with the highest mass-to-axle-radius ratio.

You might have to open up the toy to measure it, or assume most have similar axles and choose the heaviest one. Final tip: Practice.

How many ways can you fill a Connect Four board, and what are your best first moves for winning? 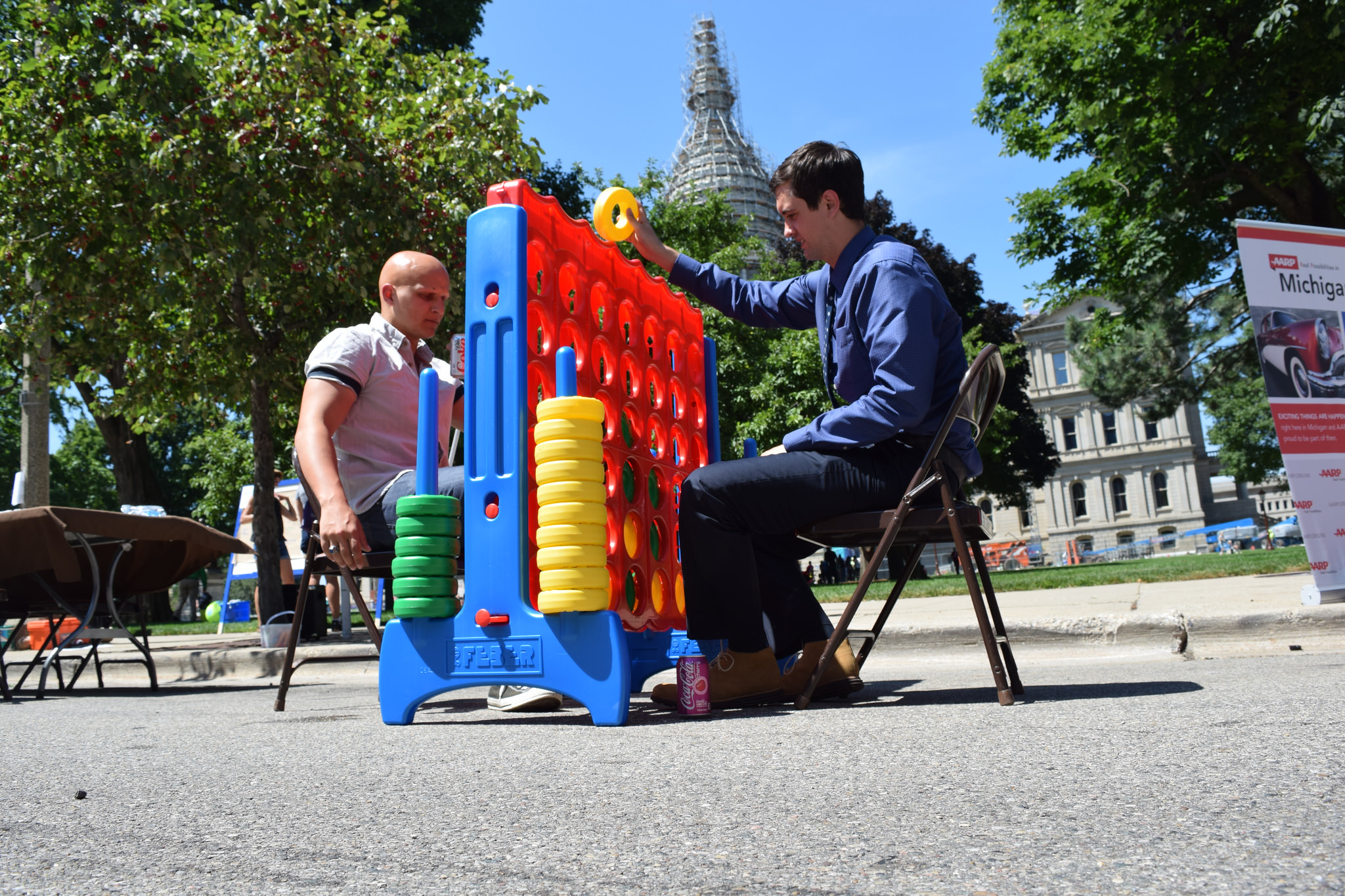 Put your first two disks in the middle. Players who play first have an advantage, and if they win, will usually drop their winning disk on an odd row. Photo by Michigan Municipal League on Flickr.

There is no simple equation that you can use to always win Connect Four, said James Allen, co-author of The Complete Book of CONNECT 4, but you can use math to figure out how many ways there are to fill up a board.

Assuming that the board is completely full of disks, and players continue to fill it even after someone wins, we can calculate the number of different patterns. There are six columns and seven rows. So, 6 x 7 = 42 slots. In a full board, 21 slots would be filled with each color.

However, this number represents only the number of ways to completely fill a board. It doesn’t include the number of playable boards, which is much higher. For example, there is one way to have a blank board, seven ways to have a board after one move (one dropped disk is possible per column) and 49 board combinations are possible after two moves.

To count how many possible ways a real game of Connect Four could end, a research group at the University of California Berkeley called GamesCrafters created a program to simulate all the moves, which is currently not online but similar to this one created by PascalPons. This program did not count “impossible” moves, such as ones where disks float above empty spaces, though such a move sounds awesome.

GamesCrafters “strongly solved” the game, meaning that the program visited every possible outcome, including the ones a typical player might try to not play. They made sure that every solution they counted was unique.

“You have to make sure you don’t double count things,” said Dan Garcia, who runs GamesCrafters. “Every position is a valid position that could be achieved by a person playing the game.”

Left: On this most circular of Pi days, we present three classic toys -- hula hoops, yo-yo's and Connect Four -- and explore their mechanics with mathematicians and physicists. Photo by George Garrigues/via Flickr