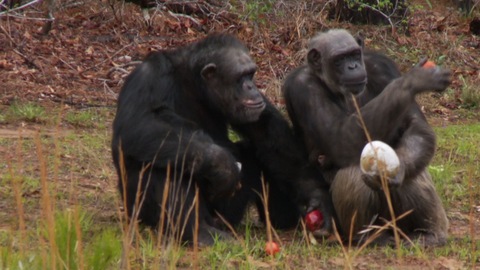 The NIH announced plans on Tuesday to move more than 100 chimpanzees from the New Iberia Research Center into retirement at Chimp Haven, a 200-acre chimpanzee sanctuary in Louisiana. It’s the latest in a series of moves to put the practice of chimp testing to an end — for good.

At Chimp Haven, they’re frantically preparing to expand. They’ll be able to take about half the New Iberia chimps in the next few months, but will need to build $2.3 million worth of enclosures to accommodate the rest, said Chimp Haven president Linda Brent.

“I see this as a big game changer,” she told me. “All of the events in the last year have changed the outlook for research chimps.”

NIH lacks the funding to contribute to construction, so the Humane Society of the United States and the nonprofit Foundation for the National Institutes of Health is helping to raise money.

Miles O’Brien reported on the subject last spring. As producer, I accompanied him on a trip to Chimp Haven and the Texas Biomedical Research Institute in San Antonio, where the NIH is still funding invasive research.

During the trip, we saw firsthand how rowdy, playful and clever these animals are. They were easy to relate to. They grieved, laughed and made friends. They clung to stuffed animals like toys, stomped their feet when frustrated and chased each other with sticks. We even heard a story about a male chimpanzee browsing through a Victoria’s Secret catalog and then hiding it, embarrassed, when a caregiver approached.

We also saw chimps that were apparently traumatized after leaving research facilities, like Chris in the video above, who clung fearfully to a 17-foot-high concrete wall, while her cousins roamed freely through the pine, elm and sweetgum forest. They had a name for such chimps at Chimp Haven: “wall walkers.”

Complicating the subject was that most of the research is being done on Hepatitis C, a disease four times as prevalent as HIV/AIDS and the main cause of liver disease and failure — arguably the worst epidemic people know the least about.

But alternatives are emerging, including cell cultures, computer models and labs in New York and Maine that are developing so-called humanized mice with livers that can be infected with the Hepatitis C virus.

The U.S. is one of the only remaining nations to allow scientists to conduct medical testing on chimps. Japan, Europe and the UK have all ended chimpanzee research.