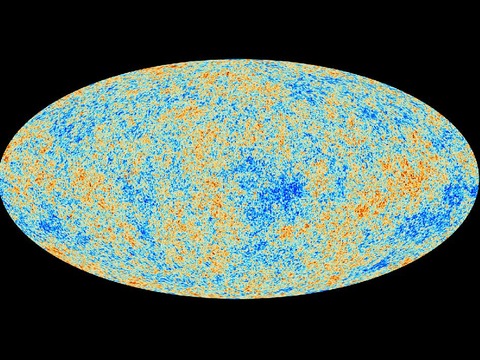 A new map shows the oldest light in our universe, as detected with the precision by the Planck mission. Image by ESA and the Planck Collaboration.

You may have seen this map, which has been making the rounds since its release by the European Space Agency on Thursday. It’s a beauty, isn’t it?

The map reveals a snapshot of light left over from the Big Bang, also known as the cosmic microwave background. And it holds evidence that has refined our understanding of the ancient universe, scientists say.

The light, scientists explained at a press conference on Thursday, started out as a white hot glow, which would have been blindingly bright 370,000 years after the Big Bang, when it was first emitted. But in the 13.8 billion years since, the universe has expanded 1,100-fold, and the glow has cooled so much that it is now invisible to the human eye.

But not to Planck, the satellite that was built to see and measure this ancient light with unmatched precision. The Planck mission has been scanning and mapping the skies since it launched into space in 2009. On Thursday, they reported their analysis of the first 15 months of data. Planck is successor to NASA’s Wilkinson Microwave Anisotropy Probe (WMAP) and the Cosmic Background Explorer (COBE). But it has more sensitivity and higher resolution. 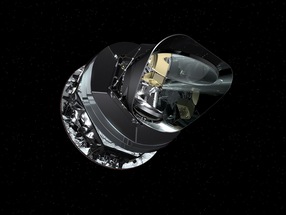 “It’s as if we’ve gone from a standard-definition to a high-definition television,” said Paul Hertz, director of astrophysics at NASA, in a press conference on Thursday. “New and important details have become crystal clear.”

The colors in the map represent tiny temperature fluctuations, which show variations in the intensity of the light. And imprinted in this light, scientists said at the press conference, is evidence of the universe’s origin and its evolution, clues to what happens just 10 nano nano nano nano seconds after the Big Bang.

“The Planck satellite should be thought of as cosmology’s human genome project,” said Marc Kamionkowski, professor of physics and astronomy at Johns Hopkins University. “Just as our DNA determines many of our individual characteristics, the Planck map sows the seeds from which the current universe grew.”

Forget Thanksgiving: In the world of gorging, the Dolly Varden trout has humans and their holidays beat. A new study finds this trout feasts once a year, expanding its gut up to four times the normal size to make the space.