How to 3-D print a dinosaur

Vince Rossi is holding the skull of a Tyrannosaurus rex in the palm of his hand.

Well, not a skull exactly. More specifically, it’s a miniature 3-D printed replica of a skull. It is smaller than the original and blue and made of plastic. But the skull’s shape and structure mimics that of the dinosaur it’s modeled on perfectly.

Rossi is part of a three-person team at the Smithsonian National Museum of Natural History with an ambitious mission: to scan and 3-D print the more than 200 bones of the museum’s latest addition — the Wankel T. rex, better known as the “Nation’s T. rex.” Watch the video above for more on this project. 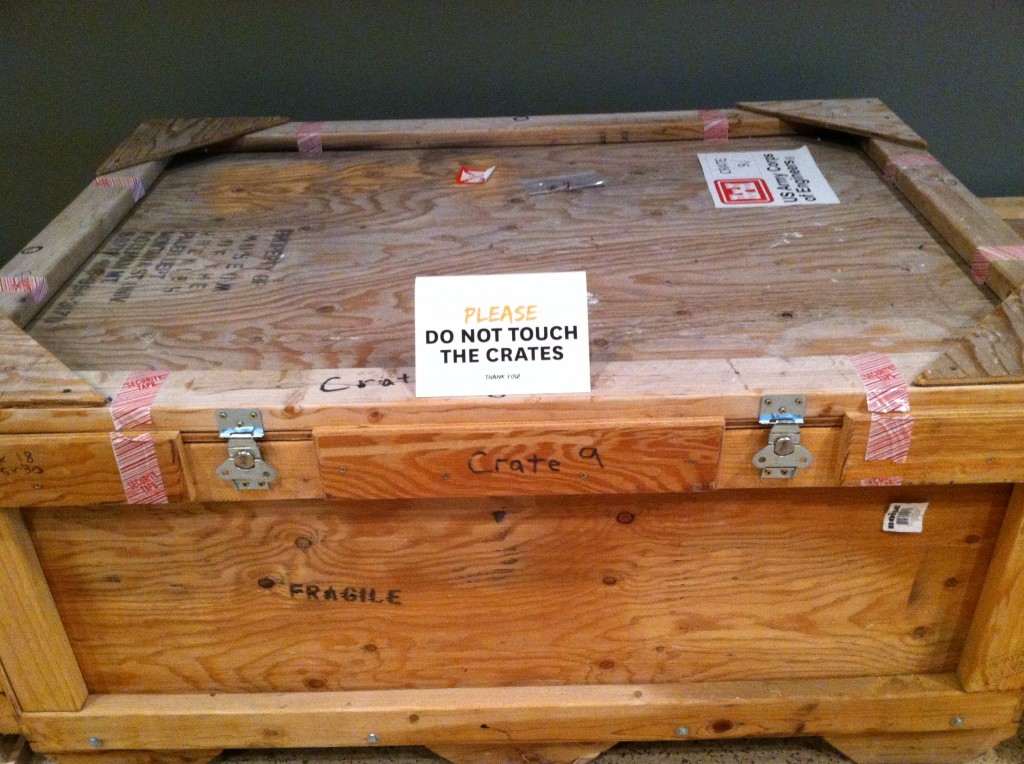 Bones of the Nation’s T.rex are currently stashed inside crates in the Smithsonian National Museum of Natural History’s Rex Room. Photo by Colleen Shalby.

The 38-foot-long dinosaur, which died more than 66 million years ago, is one of the largest and most complete T .rex skeletons ever discovered. It will go on public display in 2019, but for now it’s packed up in several sturdy crates affixed with signs that warn the curious not to touch.

The Smithsonian Digitization Program, created in 2010, is one of the only efforts dedicated to using 3-D technology in museums to digitize and preserve historic artifacts. 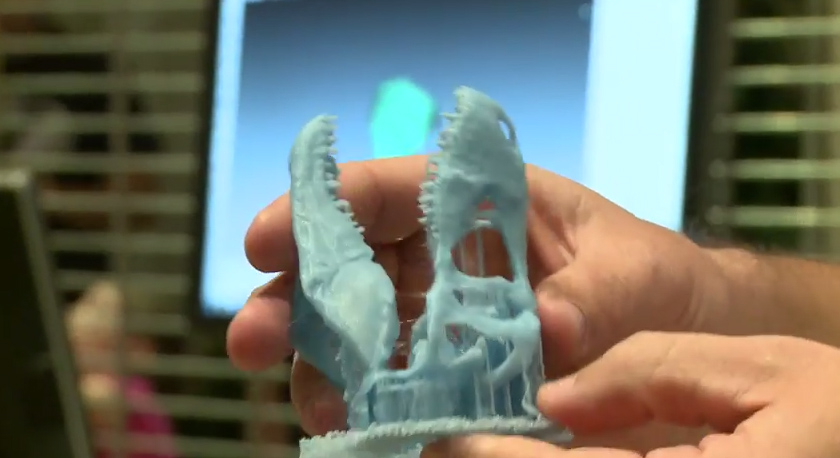 The team is working with all 19 Smithsonian museums to digitize their collections, and eventually bring the models into classrooms as teaching tools. They recently created a 3-D plastic bust of President Obama that will sit at the American History Museum.

Scientists will use the 3-D modeling program to decide on a final pose for the T. rex fossil before manipulating its delicate bones by hand.

Rebecca Jacobson contributed to this report.