For neuroscientist Chuanhai Cao, the problem with the U.S. Drug Enforcement Administration’s classification of marijuana as a Schedule I drug can be summed up in two words: dead mice.

Cao, a researcher at the University of South Florida’s Byrd Alzheimer’s Institute, uses transgenic mice to study the effect of the marijuana component tetrahydrocannabinol (THC) on amyloid beta, the protein that forms the plaque found in the brains of Alzheimer’s patients.

Timing is critical in his work—the mice, which are difficult to breed, have to be a specific age at the time of an experiment. One Cao project, designed for 12-month-old mice, was delayed three months while the Drug Enforcement Administration (DEA) processed the complicated paperwork that all marijuana researchers must submit under the current system. Some of the mice died while Cao waited for the approvals he needed to acquire the THC for the experiment; he ended up with too few animals that were all too old to generate useful data.

The sting of that calamity, and of similar DEA-related snafus in labs around the country, could be soothed somewhat this summer if the agency decides in July to remove marijuana from its Schedule I list of controlled substances, which includes heroin, and reclassify it.

“I’d be very excited to see that,” says Cao, who wants marijuana moved to Schedule III, which includes drugs like Tylenol with codeine and involves a less arduous DEA approval process.

Sachin Patel, an associate professor of psychiatry at Vanderbilt University School of Medicine who studies “the role of endogenous cannabinoids as mediators of stress resiliency,” would be satisfied with a more modest change.

“Rescheduling cannabis as Schedule II will allow the research to get done that needs to be done to determine if this is going to be a good medicine, and for what,” says Patel, who has been researching cannabis for 15 years. Schedule II lists drugs deemed to have a high potential for abuse, including oxycodone or Percocet. 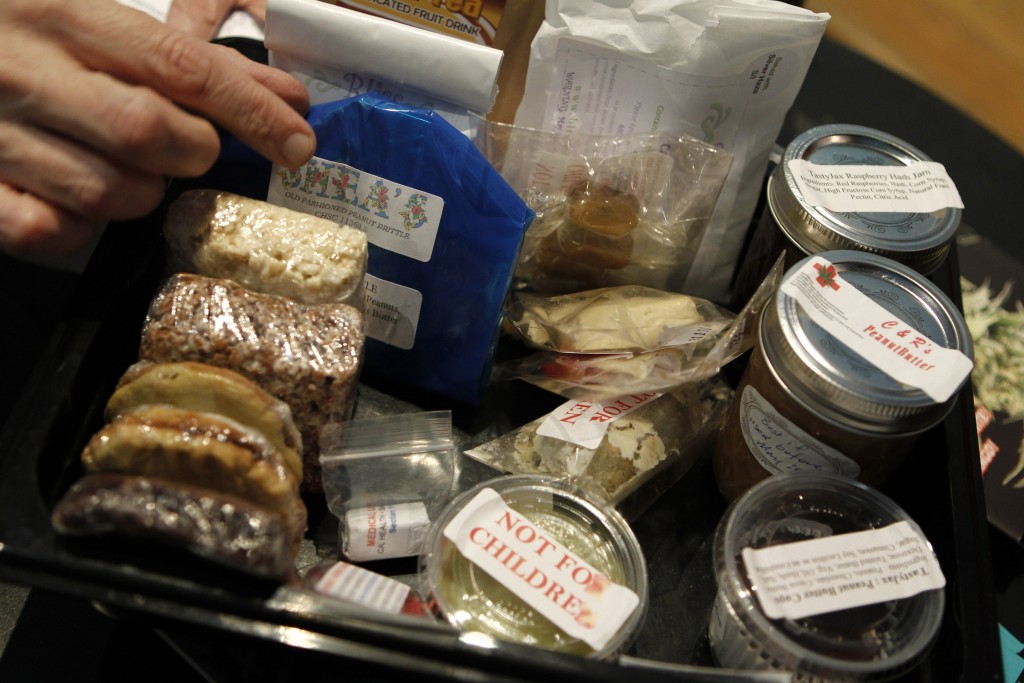 A variety of medical marijuana products are shown in a dispensary in Oakland, California. Photo by Robert Galbraith/Reuters

Marijuana is widely recognized as an often-effective treatment for a variety of common conditions. Even though it remains illegal at the federal level, 23 states and the District of Columbia have legalized its use for chronic pain, nausea, glaucoma, migraine and more.

But researchers like Patel and Cao believe cannabis has even greater potential in the treatment of major disorders including Alzheimer’s, cancer, epilepsy, post-traumatic stress disorder and autoimmune diseases. They have committed their careers to it and, despite the onerous restrictions and endless hassles — Patel once waited six months for a DEA green-light — they have made real progress and routinely published their findings. A decision by the DEA to reschedule, although it will not completely remove the onus of illegality or the burden on scientists, could launch a new era in marijuana research.

“It’s not that we don’t have a lot of information,” says Lester Grinspoon, who has been researching and writing about marijuana since the 1960s and would prefer the DEA to delist it altogether. “If you go to PubMed you’ll find that there are 23,000 papers published on cannabis. But [with rescheduling] we can open it up to large, double-blind clinical studies.”

Grinspoon, 87, an associate professor emeritus of psychiatry at Harvard Medical School, sees similarities to the history of another drug. “We didn’t have any large double-blind studies of penicillin until the mid-60s,” he says, “so it was all anecdotal evidence. But it came across as a wonder drug. And it was.”

Easing DEA restrictions could accelerate the pace and amount of research going on, including the fundamental in vitro work that people like Cao do. (In a 2014 paper published in the Journal of Alzheimer’s Disease, for example, he reported that extremely low concentrations of THC could reduce the production of amyloid beta in a cellular model of Alzheimer’s.) It could also draw more scientists into the field, open up more avenues of research and make it less difficult to attract funding. And, as Patel points out, whereas rigorous, placebo-controlled clinical trials might confirm popular notions about marijuana’s effectiveness for things like pain and nausea, they could possibly disprove them if the anecdotal evidence is trumped by science.

Without such testing, he says, “We don’t really know.” A more likely outcome, Grinspoon adds, is that a new wave of research unencumbered by Schedule I status will prove that marijuana is the versatile, nontoxic, inexpensive medication he has found it to be.

Of course, the DEA is not the only obstacle. Research must also follow federal regulations that are separate from the DEA’s controlled substance schedules and require the marijuana used in studies where human subjects ingest it to come from a single source: the National Center for Natural Products Research at the University of Mississippi. And a 2015 analysis done at Arizona State University found that between 2008 and 2014, of the $1.4 billion the National Institutes of Health spent on marijuana research, just $297 million was spent on potential medical uses; the rest, $1.1 billion, went for abuse and addiction studies.

Still, Grinspoon thinks DEA rescheduling could go a long way toward changing the way the medical establishment views marijuana and the value of studying it.

“Miseducation about cannabis over the last 50 years has been so thorough that it’s going to take time,” he says. “But this will knock down one of those obstacles.”

One possible result: “Medical schools will start to recognize that they have to teach about cannabis as an important new medicine. Of course, it’s been around for 10,000 years, but new in the sense of coming to Western medicine.”

Whether or not he gets the Schedule III decision he is hoping for, Cao will continue on the path he has followed for nearly 10 years. For him, THC research is a long-term proposition and a personal quest.

“We are trying to find therapies for Alzheimer’s patients,” he says, “and my mom is an Alzheimer’s patient.” If there is any possibility that marijuana could provide an effective treatment, he’ll pursue it, no matter what regulatory hurdles he has to clear.

This article is reproduced with permission from Scientific American. It was first published on April 14, 2016. Find the original story here.

Left: Medical marijuana plants are pictured as they dry in the Los Angeles area. Photo by Mario Anzuoni/Reuters