The government and BP have pushed back to mid-September the completion of a relief well that will permanently kill the blown-out oil well in the Gulf of Mexico, Coast Guard Adm. Thad Allen said Thursday. The delay will give engineers time to replace the well’s failed blowout preventer — a massive stack of pipes and valves atop the Macondo well — and to address concerns about possible pressure buildup during the “bottom kill” procedure. 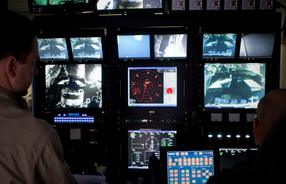 Allen promised the job would be completed, telling MSNBC: “We’re making sure that we put a stake in the heart of this monster.”

The procedure should begin some time the week after Labor Day, Allen said.
The well has been capped — with no oil flowing into the Gulf — since July 15, and last month BP began the well kill by pumping in heavy mud and cement from the top of the well to force oil in the well pipe back into the reservoir. The aim has been to follow that up with a “bottom kill,” using the relief well to pump in more heavy mud from the bottom of the well, in order to fill in the annulus — the area between the well pipe and the outer casing of the well. Originally, Allen said that might be complete by mid-August.

“In the last 40 hours we’ve agreed to a sequence of actions that I’m going to direct BP to take, starting with flushing out the current blowout preventer, actually looking for material that might cause us a problem, and actually move to put a new blow-out preventer on and then do the bottom-kill,” Allen said, according to Reuters.

“This will ensure that we can withstand any pressure that may be generated,” he said. “If all that lines up, we should be looking somewhere at the week after Labor Day.”