Reporter turns in article about procrastination on time 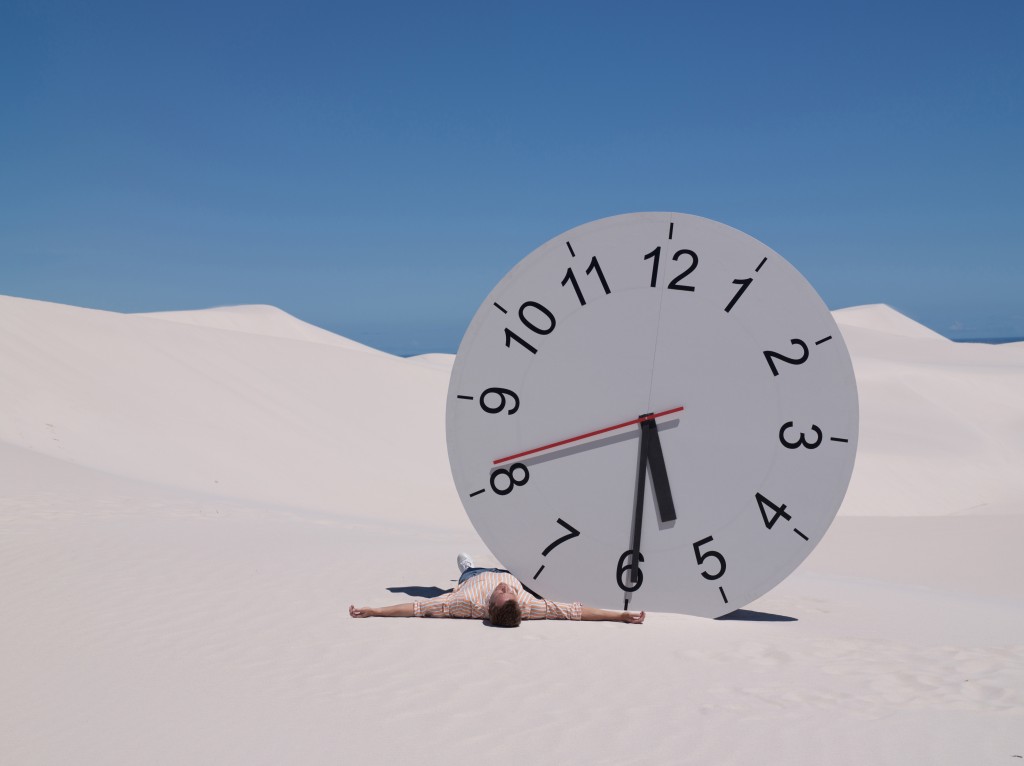 Procrastination is more than poor time management. It’s a serious problem that affects our health, our relationships and our work. But what makes us put things off? Photo by Robert Daly/Getty Images

While writing this article, I have engaged in the following activities: checked Facebook more than 35 times, watched 10 totally unrelated YouTube clips and browsed BuzzFeed. And I can’t even count the number of times I opened my email.

In other words, I procrastinated on a story about procrastination. What was behind these overwhelming urges to do anything but write this story? And how much control did I have over my procrastination? Was I hardwired to put things off until the last minute?

We all procrastinate. We delay things we know we shouldn’t — then scramble to get them done. But there’s a distinction between someone who procrastinates and a chronic procrastinator, according to Joseph Ferrari, a psychology professor at DePaul University and author of “Still Procrastinating: The No Regrets Guide to Getting It Done.”

Procrastination has been oversimplified for centuries as laziness, Ferrari said. But there’s more to it than poor time management or simply being disorganized. It is a psychologically complex dance. He estimates that up to one-quarter of adults are chronic procrastinators, for whom putting things off is a way of life. If true, that makes procrastination a problem more widespread than depression.

And while many believe they work better under pressure, Ferrari says that’s rarely the case. Studies have shown that delaying work may lead to a temporary drop in stress, but ultimately results in lower grades and higher stress levels.

What’s more, the procrastinator is not the only one who suffers, Pychyl said. It’s not uncommon for family members, friends and coworkers to bear the burden of a procrastinator’s last-minute cancellations and delays.

“Essentially, we’re seeking short term mood repair,” Pychyl said. “When I procrastinate, I get a temporary uplift because I think, ‘I will feel like it tomorrow.’”

All this begs the question: is procrastination a fault of our environment? Or is it a trait for which we are hard-wired?

Ferrari thinks procrastination is not hereditary, but a product of a person’s environment and upbringing. Teachers don’t reward students for turning in homework early, nor does the government award a tax credit for filing before April 15, he points out. There’s no incentive to work ahead.

But recent research suggests that we can inherit procrastination. Piers Steel, an organizational behavior professor at the Haskayne School of Business at the University of Calgary, and author of “The Procrastination Equation”, says that genetics play an important role in our laziness. Putting things off may be a product of our own evolution, he said.

“It’s genetic,” he said. “It’s built into our brain’s topography. Humankind in itself is susceptible to procrastination. Our willpower was never meant to resist temptations for such a long period of time.”

Procrastination is a struggle between two parts of our brain, he said — the prefrontal cortex, the region that controls planning and problem solving, and the limbic system, our “inner child” that wants immediate gratification. As your deadline approaches, he said, urgency eventually persuades the limbic system to cooperate with the prefrontal cortex, and you get to work.

Living in the present once had an evolutionary advantage, Steel said. It enabled us to fight, flee, feed or mate when we had the urge, reacting to opportunity rather than planning.

But in today’s world, impulsiveness may be less useful than self-control. Conscientiousness, a basic personality trait that governs our self-control and motivation, can win the war between the prefrontal cortex and the limbic system. This study published by the University of Edinburgh in 2012, found that of all our personality traits, our sense of self-control had the strongest genetic influence.

“On a general level, procrastination is increasingly recognized as involving a failure in self-regulation,” said Laura Rabin, a clinical neuropsychologist at Brooklyn College. Procrastinators simply can’t resist temptations with immediate rewards, she said.

Daniel Gustavson, a graduate student in cognitive psychology at the University of Colorado Boulder, defines procrastination as irrationally delaying action, even when we understand the consequences of that delay.

“[Procrastination is] not just laziness. It’s something else too. Genetically, it’s the same as people who are rushing into acting without thinking,” Gustavson said. “There’s something underlying there that’s not just sloth.”

Gustavson and his team studied procrastination, impulsiveness, and goal management in pairs of identical and fraternal twins. They found that even when controlling for environmental factors like growing up in the same household, genetics played a sizable role in procrastination.

His team’s results will appear in the journal Psychological Science this year. Exactly which genes are responsible for these traits is still unknown, and a subject for further study, he said.

And as for overcoming procrastination? Willpower is a muscle, Pychyl said. It wears out easily, but it can also be strengthened. For those with a “perfect storm” of hereditary and environmental factors, overcoming requires constant mindfulness, he said.

And he should know. He was a big-time procrastinator as an undergraduate. After studying the subject for 19 years, he’s now aware of the “inner 6-year old” that tells him to put things off, and he keeps a detailed, color-coded calendar to schedule his time. The trick for him boils down to just getting started, he said.

“I can usually find the willpower to get going. I might be tired but I can do anything for 10 minutes. Just 10 minutes,” he said. “We’re really slippery. We’ll always find some excuse not to do it…Whenever you have to prioritize, one thing has to get delayed in favor of another. Delay is healthy, helpful, normal. Procrastination is always bad.”

Even if procrastinating is in your DNA, it’s possible to tone down the habit, Steel said. A reformed procrastinator himself, he said this takes time and practice, which is inherently hard for procrastinators. Pre-committing to goals, like automatically deducting from your paycheck to a savings account, can help. Schedule your hardest tasks for the time of day when you have the most energy; that can also help, he said.

Blocking out distractions is harder, but by removing the audio alert of a new message, you substantially reduce the number of visits to email, Twitter or Facebook, he said. Just know that while these techniques help, we will still put things off occasionally, Steel said.

“We aren’t rational,” Steel said. “We’re not angels with perfect will power. We’re people, wonderful and fallible, and I’m not sure I want to give up my procrastination entirely. I just don’t want it to become my defining characteristic.”

As for me, I managed to meet my deadline, despite my procrastination-prone genes and internet distractions. Maybe there is hope after all.