Scientists give Rick Perry mixed grades on his confirmation hearing

The man likely to lead the Department of Energy vowed to protect scientists, but shrugged on the central tenet of climate change policy during his confirmation hearing. Yesterday, the former Texas governor faced the Senate Energy and Natural Resources Committee about his nomination to be energy secretary. Before tackling his plans for energy innovation and the America’s nuclear arsenal, Perry expressed regret for past statements about eliminating the Department of Energy. The best-remembered instance is the so-called “oops” moment during a 2011 presidential debate where Perry couldn’t recall the third of three federal agencies that he wanted to axe.

Much of the hearing revolved around Perry’s record with energy development as governor. During his 14 years in charge of Texas, Perry championed fossil fuels and renewables, leading to booms in both markets. Texas continues to lead the nation in natural gas and wind energy production.

Perry plans to expand this “all-of-the-above” energy approach on a national scale as head of the DOE. Part of his commitment to renewables came from his desire to tackle the environmental issues posed by climate change. Perry repudiated the controversial DOE questionnaire distributed by the Trump transition team that asked for a list of employees who worked on climate change research.

Perry promised to protect the DOE budgets of “all of the science” including that on climate change — though experts say his views on the matter remain outdated.

“I was very pleased to see him affirm his support for clean energy research and development and for upholding the scientific process,” said Robert Cowin, director of government affairs at the Union of Concerned Scientists’ Climate and Energy Program. “But on the issue of climate change, he didn’t communicate the issue accurately from a science standpoint. That’s still clearly a challenge.”

Perry echoed the standpoint made Wednesday by EPA nominee Scott Pruitt, who said that science supports that climate is changing but then hedged on human impact and involvement. “The ability to measure with precision the degree and extent of that impact and what to do about it are subject to continuing debate and dialogue,” Pruitt said, despite the overwhelming scientific consensus that humans are the main drivers of global warming and climate change.

“Perry, like, many of the other Trump nominees, seemed to operating on the same playbook on climate change,” said Jeremy Firestone, director of the Center for Carbon-Free Power Integration at the University of Delaware. “Acknowledging thankfully, the human component, but still being wishy-washy on the importance of scientific consensus.” 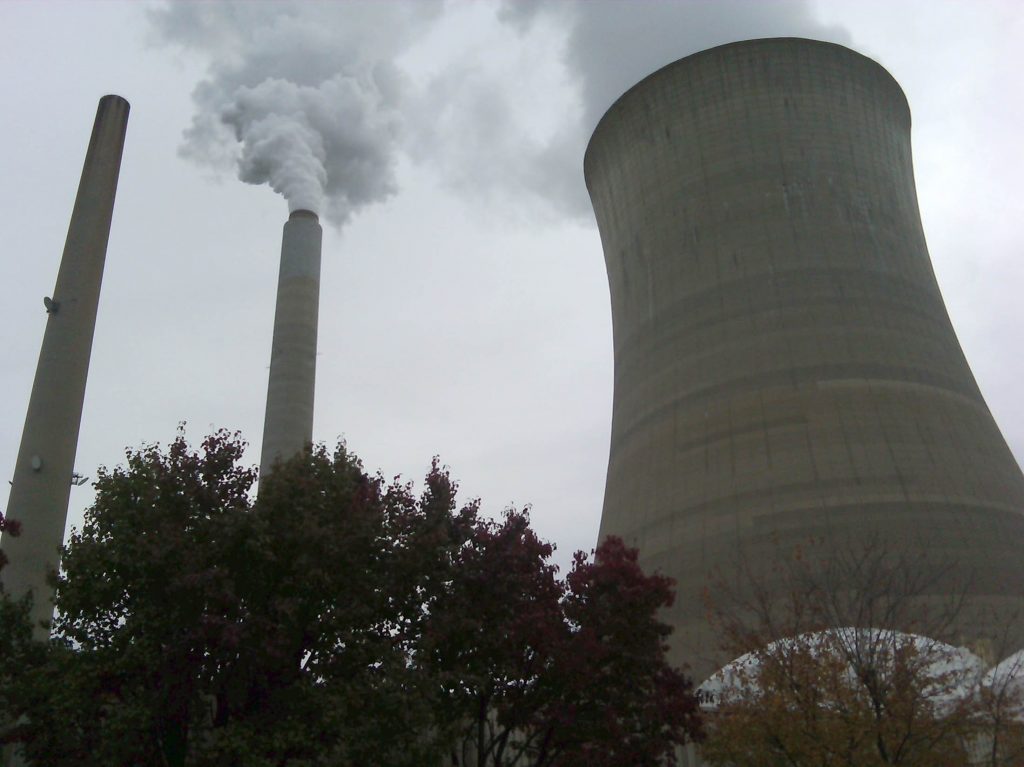 Reconciling this paradoxical stance, Cowin and Firestone said, is essential if Perry wants to address climate change while also supporting clean energy and fossil fuel technologies. Unlike the Treasury Department’s management of the nation’s finances or the USDA’s control over food resources, the DOE does not regulate the energy industry. Sixty-eight percent of the DOE’s budget supports the nuclear sector (energy, weapons and cleanup), and the remainder goes toward supporting innovations in energy production and energy efficiency. The end goal is reducing energy prices for Americans, which creates conflict with “all-of-the-above” approach and climate change policy.

“If you’re going to embark on a policy of widespread fossil fuel development, you need a viable plan to sequester its carbon somewhere so it doesn’t go into the atmosphere,” Cowin said. “Or, you’re going to really contribute dramatically to the climate crisis.”

Cowin said anybody who discusses CCS at least understands that fossil fuel emissions are harmful, but the current price tag of carbon sequestration is prohibitive. Petra Nova, for instance, cost $1 billion. For CCS to exist on broad scale in America, Cowin said someone must pay for it.”

“You need a big tax on carbon or an enormous tax credit. There’s no getting around it,” Cown said. “The same people who are arguing in opposition to putting a price on carbon are in many cases, the ones arguing to spend research dollars on CCS because they come from states with a lot of fossil fuels. You just can’t be on both sides.”

The mix has shifted

America’s recent move toward becoming an energy exporter and energy independence has relied on the expansion hydraulic fracturing and natural gas. But at the same time, energy companies have begun capitalizing on the economic boom in renewables. 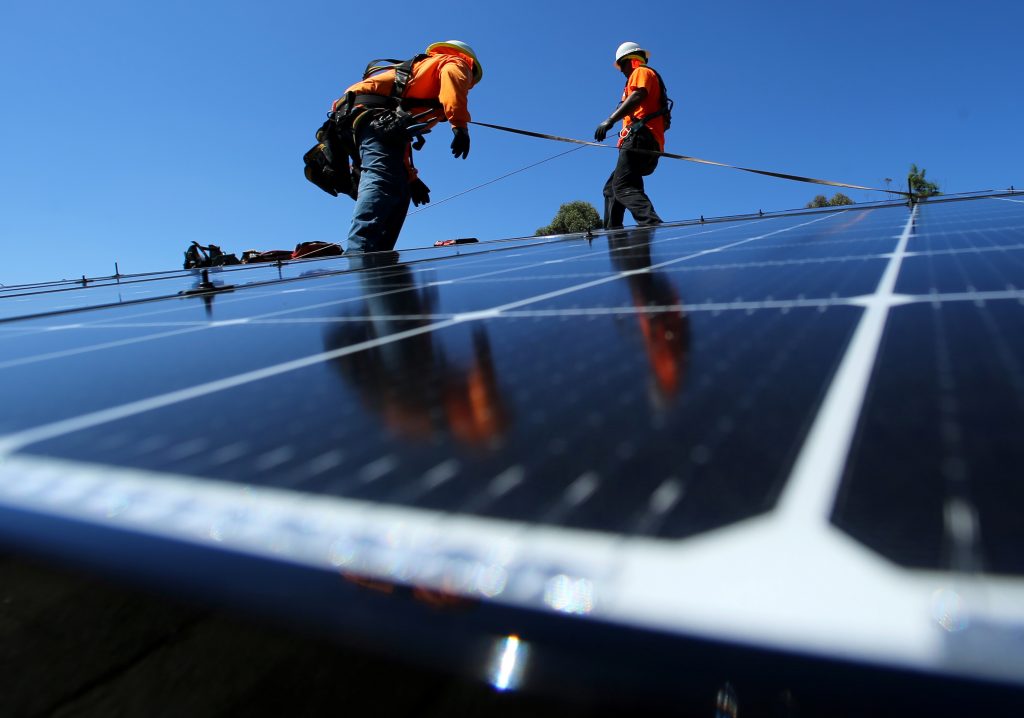 “We are seeing oil companies, like Statoil and Shell, getting engaged in offshore wind,” Firestone said because energy companies tend to dabble in multiple arenas. “A lot of oil companies are beginning to see their skills in the offshore environment are easily transferable to renewables.”

Clean energy jobs now outnumber those for fossil fuels in the U.S. And the cost of renewables may be cheaper than fossil fuels by 2018.

“The U.S. is in a different position in 2017 than we were in 2007. The technology mix has shifted,” said Jennifer Layke, global director of the energy program at World Resources Institute. “Investments into clean energy have been dramatic. We need to continue that growth.”

Layke said the U.S. needs to maintain this growth in clean fuel to stay competitive with other energy giants. Saudi Arabia, OPEC’s top producer, is investing $30 billion to $50 billion in clean energy expansion, primarily in wind and solar.

But she, Cowin and Firestone were encouraged by Perry’s hearing. “Clearly, while he’s very focused on natural gas and fossil fuel development, he sees an opportunity to put us on a different trajectory,” Layke said.

To stay on that course, Layke said the DOE should prioritize investments in flexible energy grids and advanced batteries, so people and producers can more efficiently store power. She emphasized the research agenda on spent nuclear fuel as an important future issue. 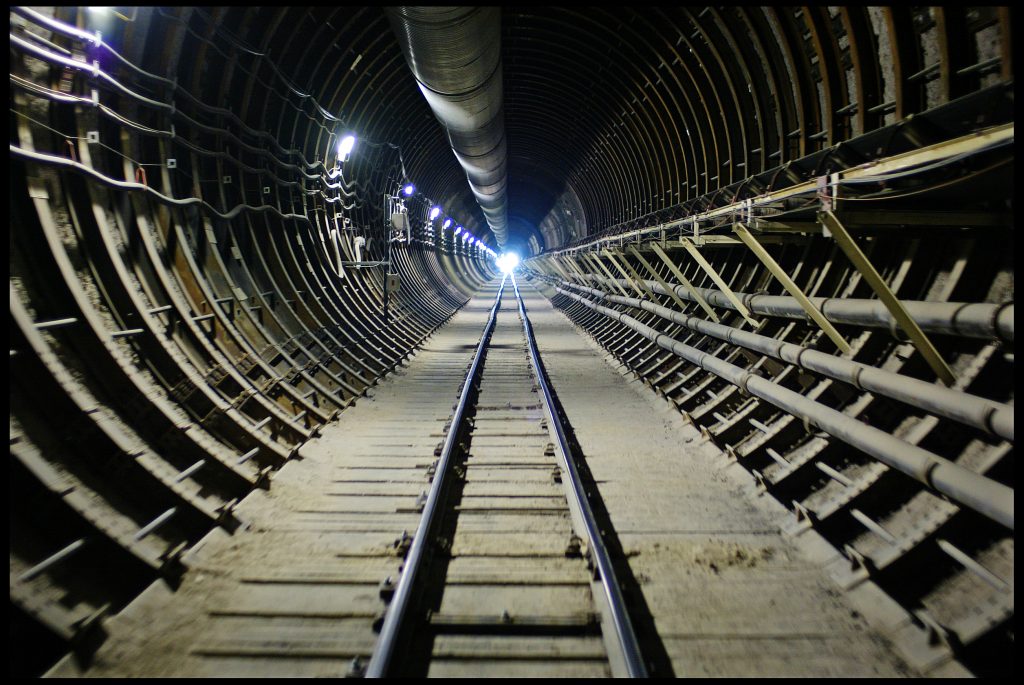 The railway that will bring the radioactive nuclear waste deep inside the Yucca Mountain Nuclear Waste Repository in Nevada. Photo by David Howells/Corbis via Getty Images

The U.S. is eager to update its nuclear arsenal to the tune of $1 trillion over the next 30 years, but big questions remain over where to store it. Sen. Catherine Cortez Masto of Nevada asked Perry where he stood on a state’s right to store or deny storage of nuclear fuel. In 1987, the U.S. passed legislation for a waste facility at Nevada’s Yucca Mountain to serve as the nation’s nuclear repository. But the project has received mixed support, it’s progress has been stalled since the Obama administration pulled federal funding in 2011. Without central dump, most nuclear plants store their waste on-site

“That’s one of the big issues with nuclear power. We don’t have good way to store it,” Firestone said.

Perry said he would honor state opinions on the matter, but stopped short of vowing to prevent nuclear waste from entering Nevada.

“I will not sit here in a committee hearing and tell you absolutely no way is Nevada going to be the recipient of any high-level waste,” Perry said. “What I will tell you is we’ll work with you every day.”

Left: Former Texas Governor Rick Perry is sworn in before testifying at a Senate Energy and Natural Resources Committee hearing on his nomination to be Energy secretary. Photo by Carlos Barria/REUTERS