Shooting One Owl to Save Another

The spotted owl, with its big, bright eyes, sweet face and feathers like eyebrows, is vanishing. In Northern Washington alone, spotted owl populations plummeted 55 percent between 1996 to 2006.

Since the bird was listed as a threatened species in 1990, scientists have issued plans to protect them, mainly protecting their old growth forests from logging.

But a bigger, badder bird has complicated the picture — by bullying the spotted owls off their turf. The barred owl, is larger, faster to reproduce and will eat nearly anything. Plus, it’s been known to physically attack the spotted owl.

According to a recent U.S. Fish and Wildlife Service environmental review, over the past century barred owls have moved persistently west and south, reaching British Columbia and the spotted owl range by 1959. 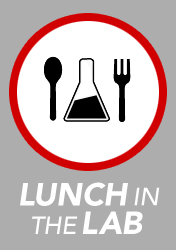 So in the latest turn of events, scientists have decided to start shooting the barred owls to save the spotted one. The “preferred” $3 million recovery plan calls for killing 3,603 barred owls in four study areas in Oregon, Washington and Northern California over the next four years. The report characterizes it as “experimental removal of barred owls to benefit threatened northern spotted owls.”

The plan has drawn heat from the timber industry and the Audubon Society, the Associated Press reports.

“Shooting a few isolated areas of barred owl isn’t going to help us as forest managers, nor is it going to help the forest be protected from wildfires, and catastrophic wildfire is one of the big impediments to spotted owl recovery,” Tom Partin, president of the American Forest Resource Council, a timber industry group, told the A.P.

But John Kostyack, vice president for wildlife conservation for the National Wildlife Federation, says controlling one species to boost another is not a radical step.

“Managers are accustomed to having to step in to do active management — all kinds of things that involve putting the thumb on the scale to balance things out again.”

He pointed to the Kirtland’s warbler, a rare member of the wood warbler family, which depends on jack pine forests, and has been threatened by brown-headed cowbirds. The cowbirds would lay eggs in the warbler’s nest, crowding out and killing the warbler chicks.

Efforts to save the warbler go back to 1972, when the U.S. Fish and Wildlife Service began luring and killing cowbirds with traps baited with millet, water and other birds, and warbler numbers have since improved dramatically, according to the Department of Natural Resources.

“Sometimes in order to prevent extinction, land managers need to come in to take an active step,” Kostyack said.

Researchers from the University of the West of England have found a new way to charge one’s phone … by using urine.

Rebecca Jacobson and Patti Parson contributed to this report.

Left: The spotted owl, which dwells in old growth forests, is facing extinction from habitat loss and threats from its cousin, the barred owl. Photo by William F. Campbell/Time Life Pictures/Getty Images.