Should drivers pay a mileage tax for every mile driven? Some Oregonians say yes.

During anchor hours with NewsHour Weekend’s Hari Sreenivasan this week, a few of you asked whether participants in Oregon’s pilot project to charge drivers for every mile driven were being double taxed — once at the pump and once for the miles driven. 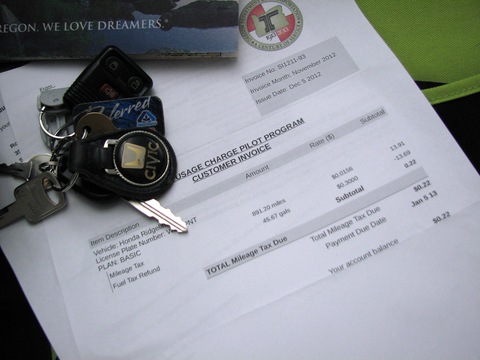 The answer is at the end of the month, drivers are getting a credit for the gas tax they paid at the pump. Pilot participants have a device attached to their cars, which tracks the number of miles driven and is also able to read fuel consumption of the engine. This information is then forwarded to the Oregon Department of Transportation, which calculates the final bill: deducting the fuel tax from the mileage tax.

Here’s a look at an actual bill received by a participant in the Oregon program (click to enlarge). 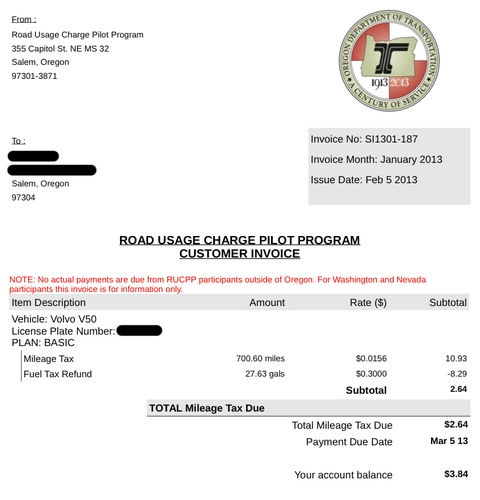 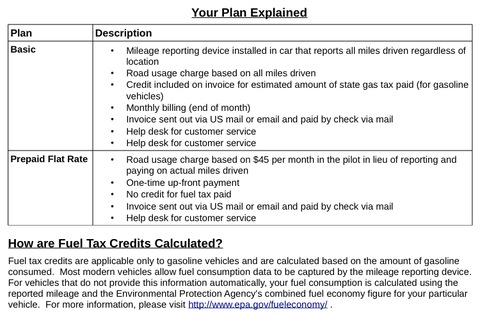