Smart guns exist. Why aren’t they on the market?

As a high school science fair project, Kai Kloepfer developed a handgun that can only be activated by its owner’s fingerprints. He was 15 at the time. His goal was to reduce deaths by creating a gun that won’t function in the hands of toddlers, suicidal teens, or anyone without permission to use it.

Now, six years later, that project has evolved into the startup Biofire Technologies, which is poised to put its first smart gun on the market. The startup is part of a small but motivated group of companies that are racing to launch the country’s first smart gun.

There’s a problem though: even if the gun is developed, gun shops aren’t likely to sell it.

There’s a problem though: even if the gun is developed, gun shops aren’t likely to sell it. This is due to a combination of factors, namely a New Jersey law requiring that any handgun sold in the state must be a smart gun, as soon as smart guns are commercially available in the country.

It’s not a question of demand. In 2016, a Johns Hopkins Center for Gun Policy and Research study found that 59 percent of Americans in the market for a handgun were willing to buy a smart gun. Stephen Teret, public health researcher and co-author on the study, sees in smart guns a possibility for reducing gun deaths. “I feel a high level of certainty that there will be a substantial number of lives saved,” he said.

His colleague at the center, Daniel Webster, questions whether smart technology will reduce gun deaths. The study, Webster said, showed two things: that the willingness to buy a smart gun was lower among gun owners than those that don’t own guns and that most people interested in buying smart guns already practice gun safety by locking guns in a safe place or keeping ammunition separate.

Safe technology, Webster said, will make owning a gun more appealing to people who are not already gun owners, which could lead to more suicides. In other words, Webster believes that smart guns could counterintuitively result in more, not fewer, gun deaths. 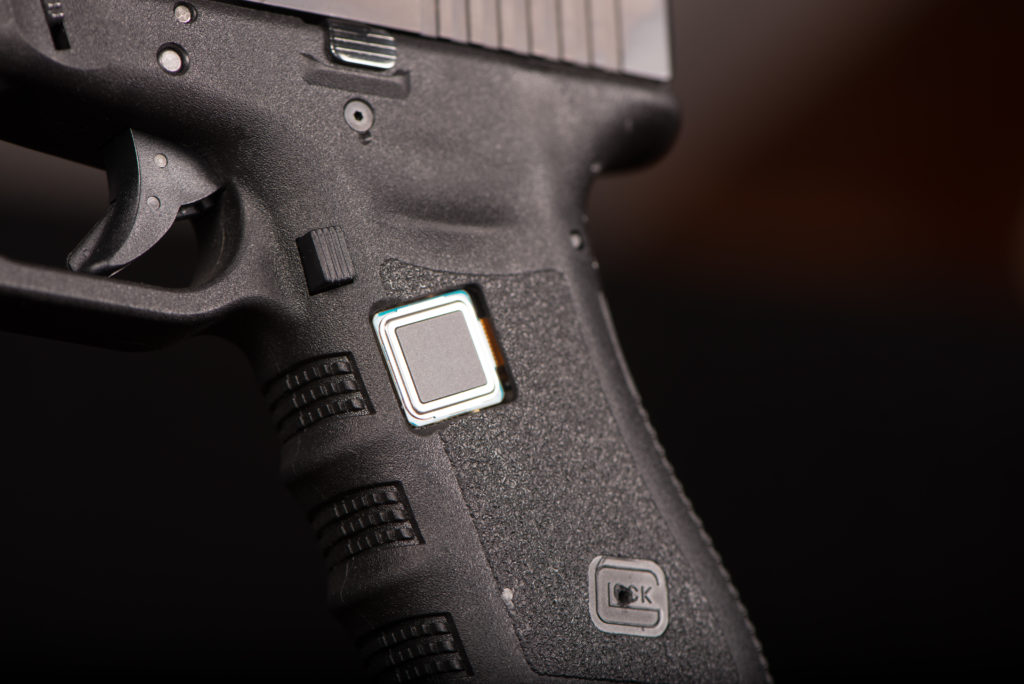 The smart gun can only be activated by the owner’s fingerprint. Photo: Biofire Technologies

The Center for Disease Control and Prevention shows that the majority of firearm deaths in the United States are suicides committed by people who bought their own guns. Simply bringing a firearm into your home increases that suicide risk threefold, Webster said.

The National Rifle Association did not respond to requests for comment.

More than 16 years ago, Teret helped draft the 2002 Childproof Handgun Law of New Jersey, the law that mandates that once smart gun technology is commercially available, all guns sold must be smart guns. But the law sparked boycotts nationwide by those who believed it infringed on their Second Amendment rights. Customers avoided stores that agreed to sell smart guns; some store owners were threatened with violence. As a result, the law has had a chilling effect on the U.S. smart gun market.

“It’s an abusive law, to use the availability of a product to limit the sale of guns,” said David Kopel, Second Amendment project director at the Independence Institute. “Adding an extra choice to what people can buy is certainly not an infringement, but mandating that they buy it – absolutely.”

But Teret points to the Heller Decision, a 2008 U.S. Supreme Court decision that protects the right to bear arms. This decision, he said, “doesn’t mean that all people under all circumstances can claim any kind of gun they want and possess that gun in every place that they want. There are rational limitations.”

A revision to the law that would require sellers to offer at least one smart gun is currently up for consideration. Kopel calls this revision an improvement and expects that if it passes, the smart gun boycotts would end.

The Westgate Las Vegas Resort, which bans all guns from its buildings, is pilot testing a new surveillance technique that uses microwaves to find concealed guns, knives, and bombs. The discreet sensor, called Patscan Cognitive Microwave Radar, can be hidden in walls, counters, and other parts of the architecture.

The device relies on a combination of radar and machine learning. It sends out a pulse of microwave energy that causes objects to resonate with a distinct signature. The device then uses an algorithm to interpret the signal, and sends a message. That message, for example, could look like this: “This object is 94 percent likely to be a handgun.”

Martin Cronin, CEO of Patriot One Technology, who designed the sensors, said that this technology is a step above traditional airport metal detectors, which detect all metal, including non-threatening items like belt buckles or cell phones. But Cronin said that, aside from an occasional new object, like a prosthetic limb or obscure tool, the microwave scanners detect and identify specific weapons at a high accuracy.

Still, Cronin said there isn’t one single answer to reducing gun deaths. “It takes a combination of good policy, good practice and public safety coupled with smart technologies and intervention measures in the public health system,” he said.

An instant ear for gunshots

Motivated by the Sandy Hook shooting, Jim Skorpik, a chief engineer at Pacific Northwest National Lab developed and licensed an acoustic gunshot detection device to reduce the amount of time it takes for help to arrive on the scene.

The device measures the energy of a sound wave and identifies if it is a firecracker, a slamming door, or a gunshot. It then records the waveform indicating the caliber of the weapon, which helps first responders better prepare with the right personnel and protective gear. 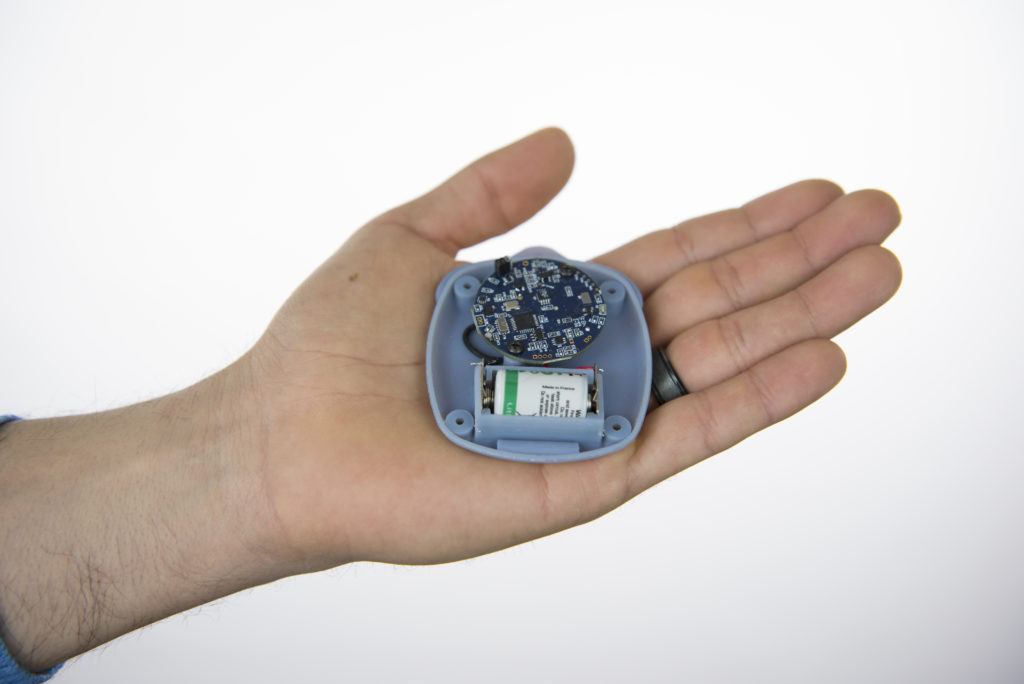 The gunshot detection device is designed to be small and affordable. Photo: Pacific Northwest National Lab

Combined with additional technology, it automatically alerts authorities to the exact location of the gunfire, down to the room number and can trigger a lockdown system. The device costs about $100 per unit.

“I think all these technologies put together can definitely help prevent gun violence, and that is the most important thing,” said Kannan Krishnaswami, commercialization manager for Pacific Northwest National Lab.

But Webster from the Center for Gun Policy and Research said devices like these misdirect resources that could be spent on addressing the real problem. “We have to be grounded in reality. Schools are about as safe a place as kids can be as it relates to gunfire… We have a problem with gun violence. Sometimes that intersects with our schools. But to think that we’re going to create these fortresses with various technologies – is only going so far,” he said.

To make a greater impact, Webster suggests investing in school policies that help kids who are having social and emotional problems and programs designed to encourage students to tell adults when someone is making threats.