Species-Specific Microbes May Be Key to a Healthy Immune System 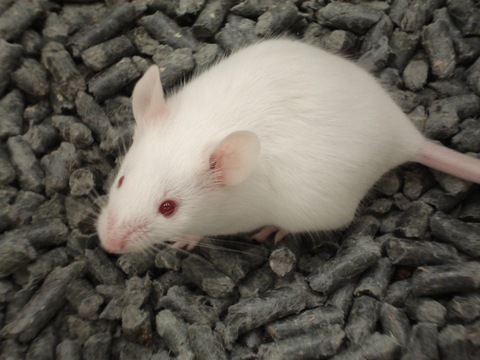 Mice have a jungle of bacteria, viruses and fungi in their stomachs–and so do we. These microorganisms help both mice and us break down dinner. As we are finding, these bugs also help to regulate the immune system. But we are just starting to learn how these tiny organisms influence us and how changing their composition changes us.

In an attempt to find out, postdoctoral researcher Hachung Chung and her colleagues at Dennis Kasper’s Lab at Harvard Medical School tried raising mice with exclusively human gut microbiota.

The human microbes did pretty well in the mice guts (the researchers could tell by culturing fecal pellets from these mice). Interestingly, though, the mice with these microbes did not: their immune systems remained underdeveloped. Even when researchers gave rat microbiota to mice, the mice’s immune systems failed to mature. The results were published in the June 22 issue of Science.

The findings are “perhaps the most definitive that I’ve seen,” says Eugene Chang, a professor of medicine at the University of Chicago, who was not involved in the new study. They show “the critical and specific relationship between host and gut microbes, which is needed for proper development of the host immune response,” he says.

The results support the thinking that we humans have coevolved with our microbes–and we’re probably not the same without them. “The selection of partners is not by chance,” Chang says. And that might explain why as we alter our microbiomes–with antibiotics and superclean upbringings–our immune systems have been changing as well, ushering in increasing rates of autoimmune conditions such as allergies and diabetes. “The consequence is that the balance between us and our microbes, determined through evolution, is upset in ways that impact our health and increase risk for many diseases that were previously uncommon,” he notes.

For these experiments, starting germ-free is key. These extra-clean mouse colonies have been living for several years–and many generations–without contact even with the lab environment, so their stomachs remain in a prenatal state (as with humans): sans microbes.

The upside to a germ-free mouse facility is that because the animals’ cages are sealed in airtight areas, it smells much better than rooms with standard caged lab mice. The downside is that they take a lot of care. Tools, food, bedding and water have to be sterilized via autoclave and introduced through a double-valve seal. Lab technicians and researchers reach into the cages with plastic gloves that are built into the sealed clear covers similar to the enclosure immunodeficient David Vetter, called the “bubble boy,” lived in during his short life. A year after starting at the lab, Chung got married. And perhaps even more so than the food, flowers and guest list, she says, she planned the event largely around the mice.

Chung and her fellow researchers were interested in what happened if these mice got non-mousy microbiomes. To compare reactions with different microbiome compositions, Chung could then give these germ-free mice either human, mouse or rat microbiota (by feeding them microbiomes cultured from feces). One group was kept germ-free as a control.

After generations of mice had grown up with these microbiomes, the internal physical differences became striking. Pull out small intestine, large intestine and cecum (which is part of the digestive tract), and you will see that the germ-free mouse has an enlarged cecum that is much darker. This might be because it has had to expand in an effort to extract enough nutrients without a healthy normal gut flora. In the small intestine mice usually have nine to 12 lymph nodes, which can be seen as small bumps where immune cells, such as B and T cells, congregate. In the normal mice the lymph nodes were easily visible, but in the germ-free mice each was tiny and difficult to see indicating they had poorly developed immune systems. Likewise, the mice with rat microbiota had immature immune systems.

“This paper shows that different species do different things to their host,” says June Round, an assistant professor at the University of Utah School of Medicine, who was not involved in the new study. “The host probably has specialized receptors” for specific microbe species that cue certain systemic reactions in the host body. But researchers are still looking to find what those might be.

Cleanliness next to illness?

The new findings do not provide a definitive yes or no for the hygiene hypothesis, which says that a lack of exposure to germs at a young age can lead to poorer health later in life. But, Chung says, “we think it can add another dimension to the hygiene hypothesis: it’s not just exposure to any bacteria; it’s exposure to the right bacteria.” The rise in immune-related diseases might be sparked because “we’re missing the right ones, the good ones,” she says of the human-specific microbes.

Another recent report, put out by the Human Microbiome Project earlier this month, shows that our microbiomes are unique not just to us as a species but most likely to us as individual humans. A survey of microorganisms from 15 to 18 sites on 242 healthy adults found that there were vastly different populations.

A study by Chung’s co-author Kasper showed that mice that were raised germ-free could have their immune systems “rescued” by certain microbes up to the first several weeks of age. Whether or not this is true for humans remains to be seen. Current literature suggests that in human babies the gut microbiome undergoes many transitions between birth and about age three.

The intimate role of microbiota in the immune system might also have implications for vaccine efficacy. Many childhood vaccines used in the U.S. and Europe sometimes are not as effective for children in developing countries. So anything that affects the microbiome, be it poor nutrition, toxins or parasites, might also be influencing how well the immune system develops.

The findings also have implications for microbiome studies in the lab. “So many of us as researchers use the mouse to model human disease,” Round says. Looking over the whole animal kingdom, broadly speaking, scientists see that “the mouse and humans have very similar microbiotas,” she says, but the findings are crucial in showing a functional difference in these microbe communities. Researchers will need to be aware that mice are not having the same reaction to a human-evolved species.

Work in mice will, of course, continue. Round is looking at specific species of microbes and how they influence the host individually–and how the host is shaping the microbes that are there. “I think we’re just on the cusp of figuring this out,” she says. And that could be a boon to personalized medicine.

This article is reproduced with permission from Scientific American. It was first published on June 23. Find the original story here.