When you’re facing a tough problem, it’s always best to start with the roots. Such was the takeaway lesson from our second installment of ScienceScope, where the NewsHour team leaves our broadcast center to explore the world of science that surrounds us (with an assist from the Twitter-based livestreaming service Periscope).

Today, we ventured to the U.S. Botanic Garden in downtown Washington, D.C. for an off-hours tour of their newest exhibit: 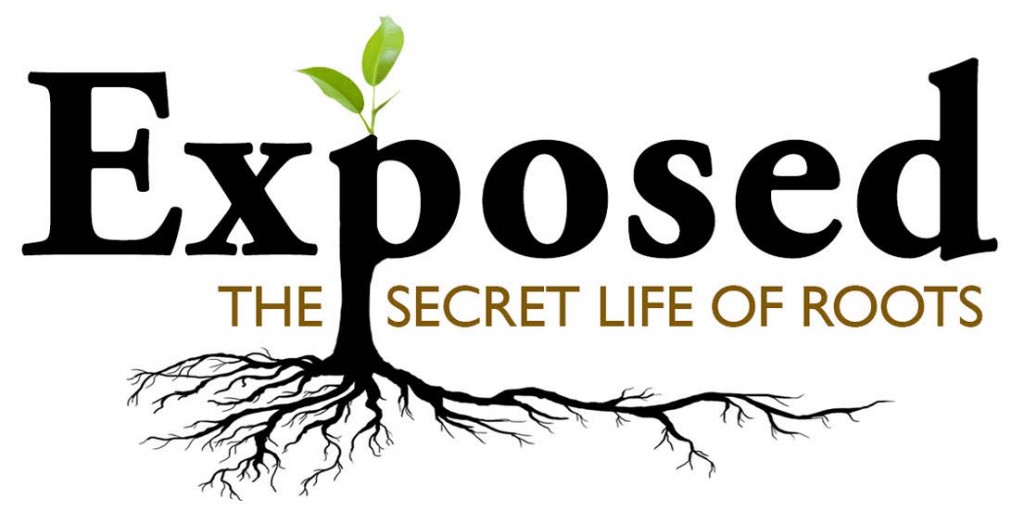 Without roots, most life outside of the ocean would struggle to survive.

Plants provide virtually all the food for organisms living on land, from microbes to humans, says U.S. Botanic Garden executive director and botanist Ari Novy, who guided us through the exhibit. Plants would be nothing without their roots, which do much more than provide a stable foundation, absorb water and store nutrients like sugar. Here are a few things that we learned and saw on today’s field trip: 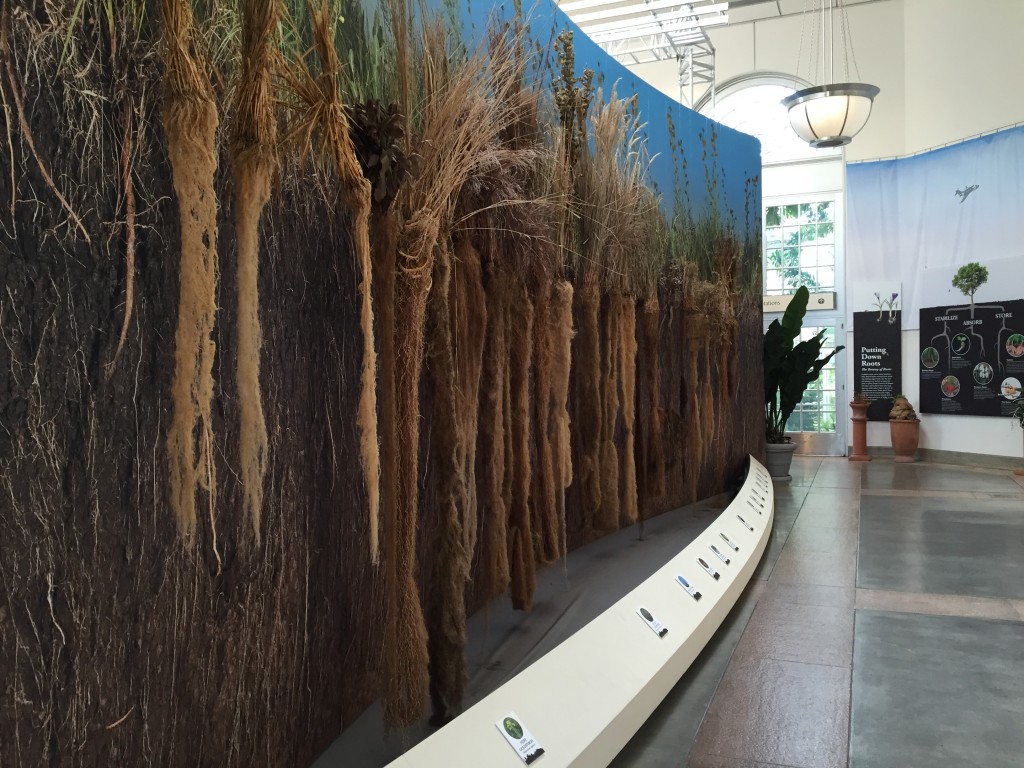 A bevy of prairie plants and their roots hang at the U.S. Botanic Garden. Photo by Nsikan Akpan 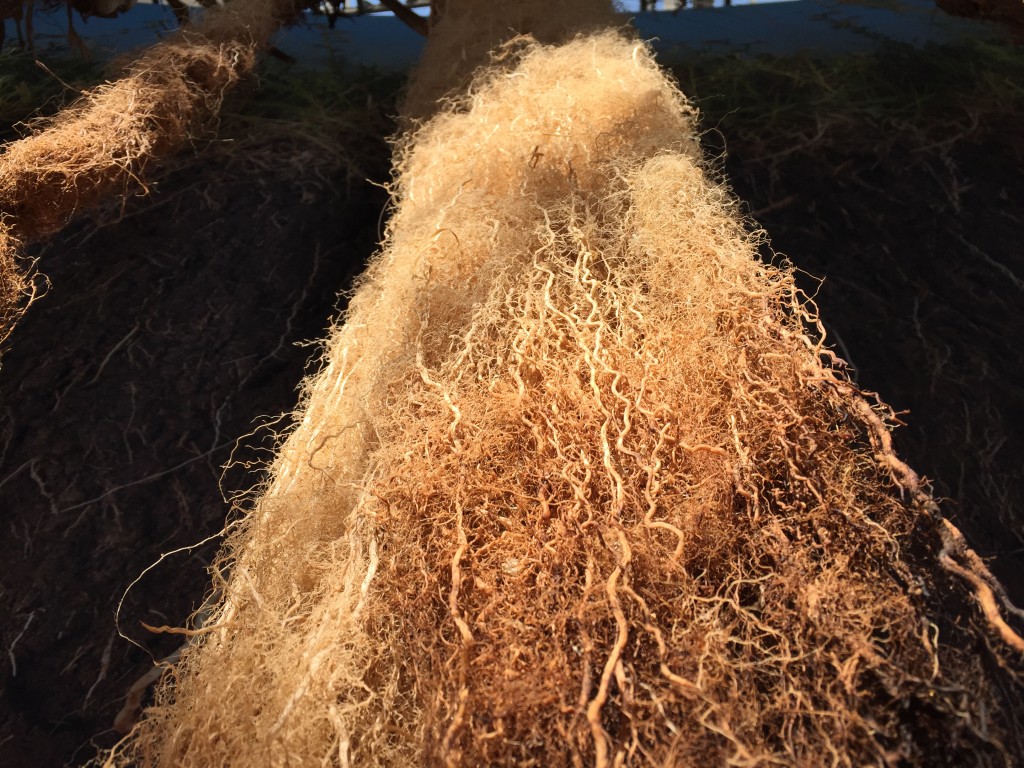 Up-close and personal with a sorghum root. Photo by Nsikan Akpan.

Wheat, sorghum and other prairie plants may not inspire “wows!” when viewed aboveground, but their undercarriage boasts a stunning sight. Their roots grow like stringy spaghetti up to 15 feet deep, with the ostensible mission of sapping water from hard-to-reach underground reservoirs.

It’d typically be impossible to pull these roots from the ground without ripping them to pieces, but scientists at the Land Institute in Salina, Kansas have devised a solution.

“They take 12-inch diameter PVC piping and then fill it with soil media — ceramic chunks similar to kitty litter — and then let the roots grow down over the course of years,” says Novy. Afterwards, they pull the pipes from the ground and cut through the plastic. The researchers then clean away the soil, leaving behind the giant intact roots. The Land Institute donated a preserved set of these prairies plants to hang in the garden’s exhibit. 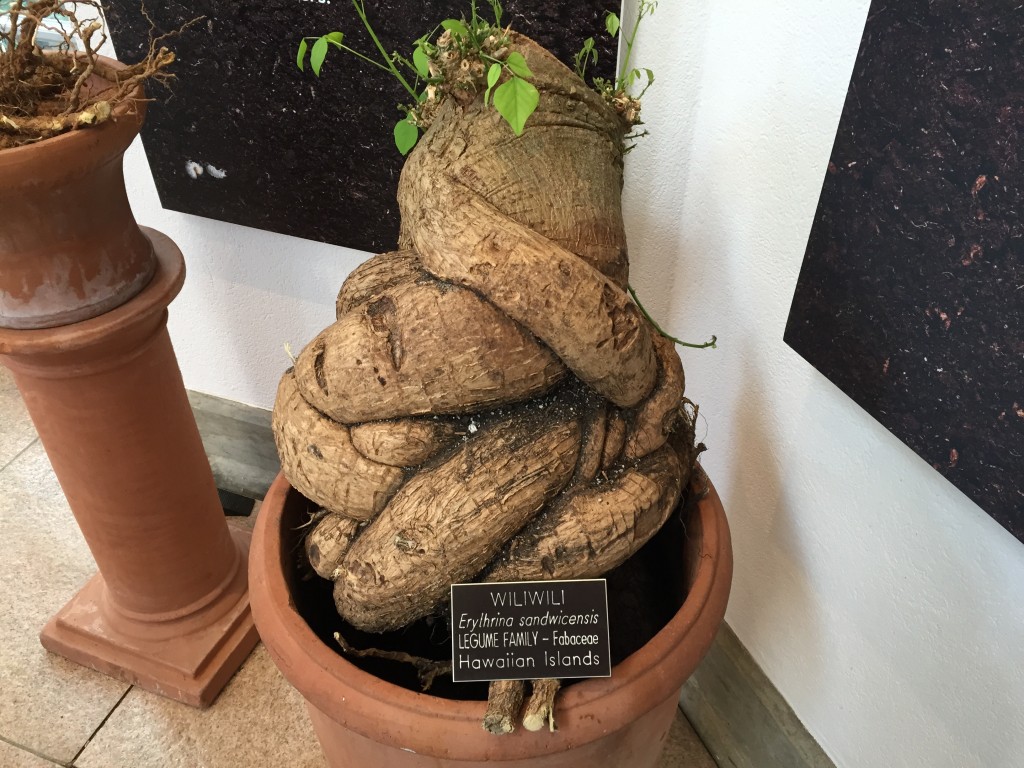 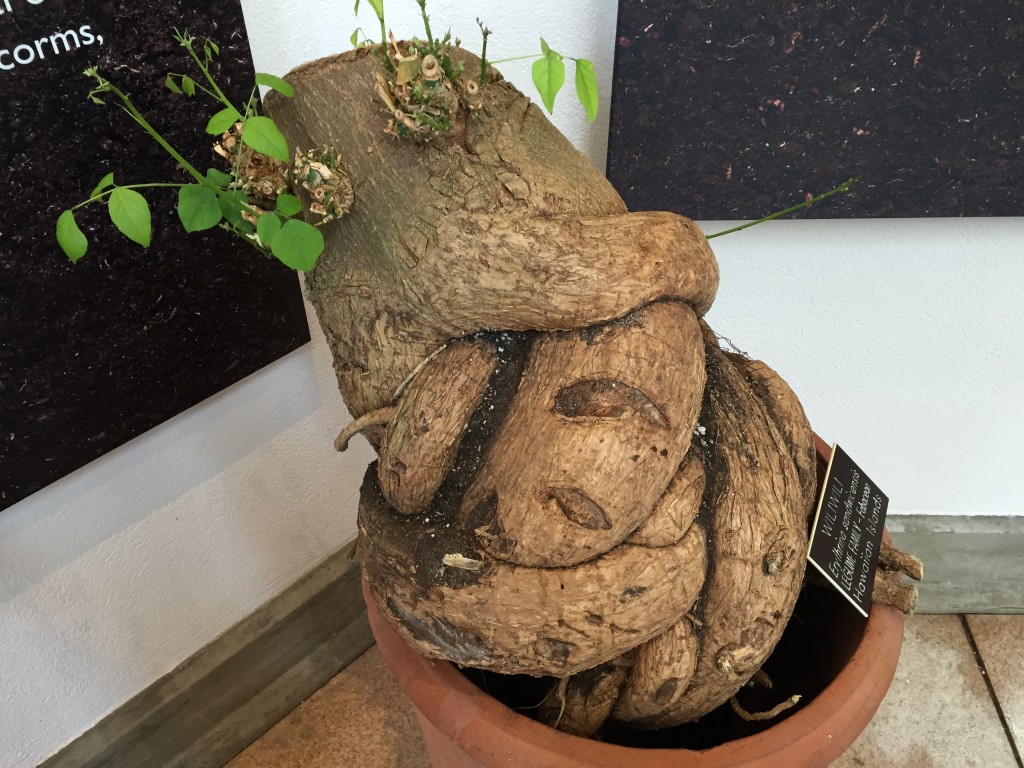 WiliWili plants — pronounced “Willy Willy” — are Hawaiian trees (Erythrina sandwicensis) that grow braided roots with tiny bumps called nodules (not shown). These little pods lack oxygen and are filled with microbes that prefer living without it. Instead, these germs consume nitrogen gas in the air and turn it into ammonia, which serves as fertilizer for the tree.

Many of the underground parts of plants that we often think of as roots are actually rhizomes, says Novy. Rhizomes are buried stems that, rather than shoot out the ground, grow horizontally through the earth like vegetative pipes. Occasionally, these offshoots will sprout upward, creating picturesque forests of bamboo. 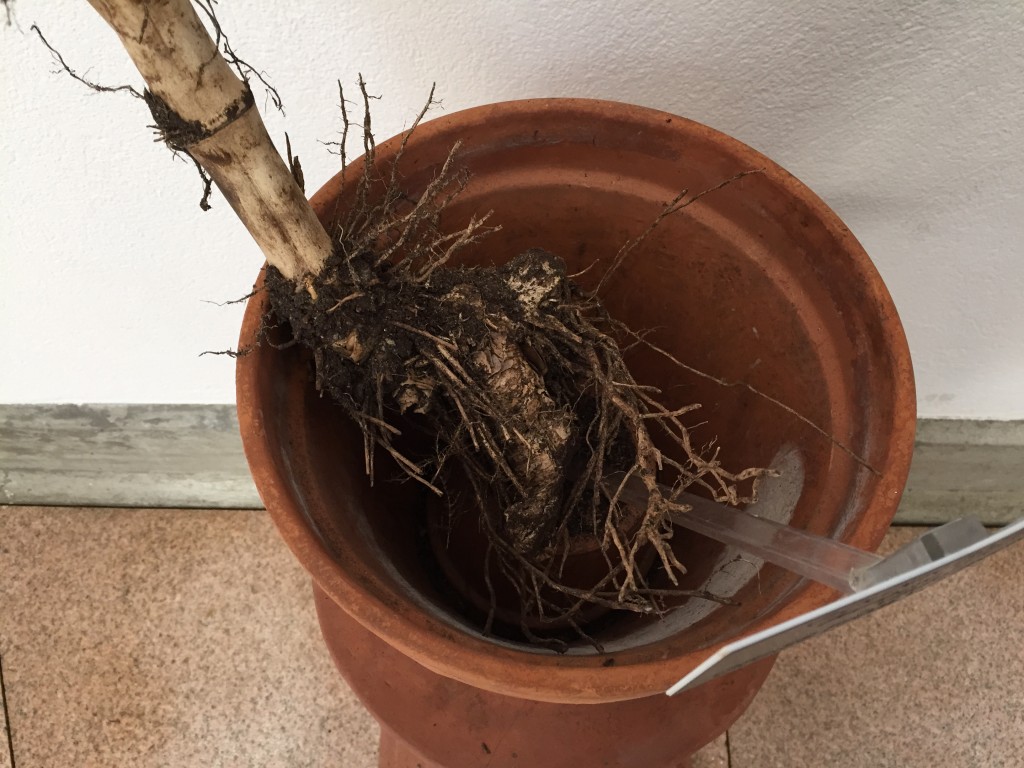 Bamboo rhizomes can grow several feet in a single year and provide the means to become an aggressive invader. Golden bamboo (Phyllostachys aurea), for example, was introduced to Alabama in 1882 as a natural noise barrier, but the invasive plant has now spread across the Southeast U.S. and mid- Atlantic states. Still, gardeners enjoy planting bamboo, so what’s the best way to control it?

“If it’s listed as invasive by your local species council, then don’t plant it. But if you absolutely must plant a colonizing bamboo, then you must build an underground mechanical barrier, in the form of a metal or concrete wall, says Novy. “The wall needs to extend at least 2 feet below and up to 6 inches above the soil because these [rhizome] runners sometimes jump onto the surface of the soil to colonize.” 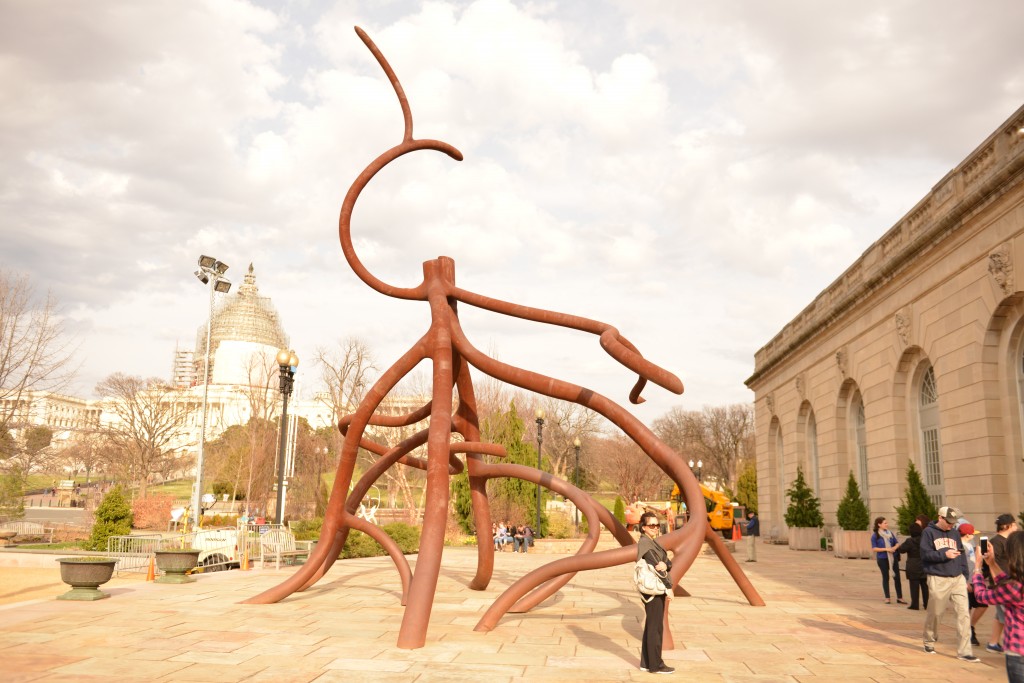 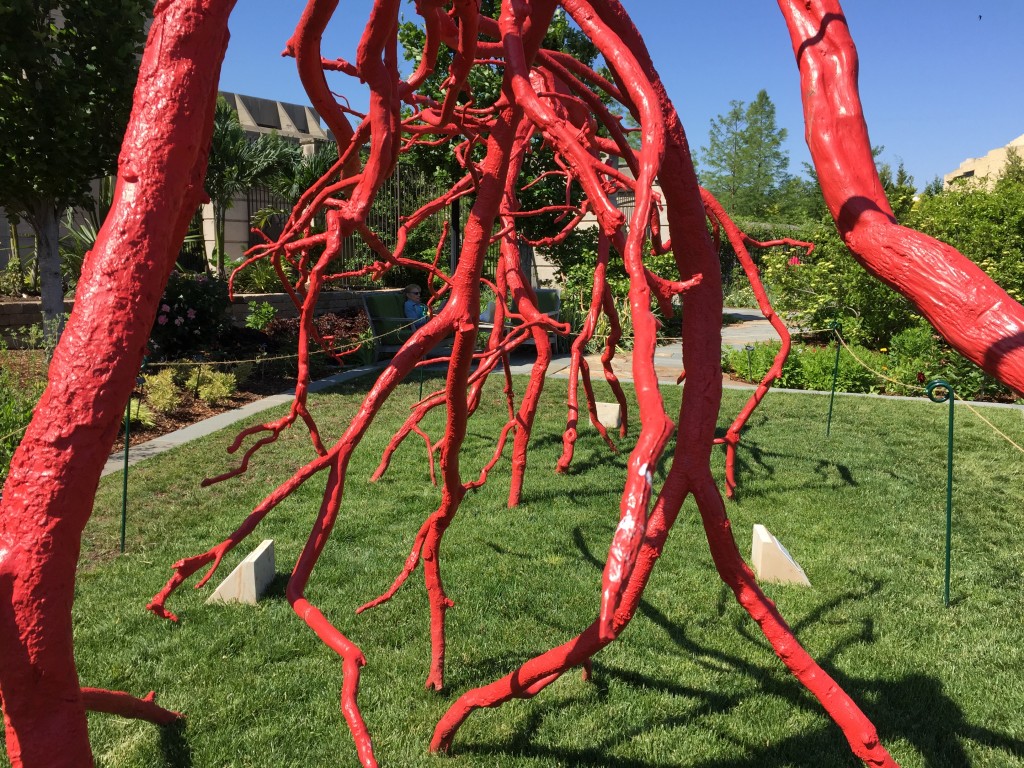 Close-up of “Romeo and Juliet” — a sculpture by Steve Tobin. Photo by Nsikan Akpan

Roots are delicious, but are you sure that veggie in your salad counts as one? See if you can guess which of the following is a true root and which is a faker:

Exposed: The Secret Life of Roots runs until October 13, 2015

Left: The maze-like roots of the Blonde Bombshell (Plectranthus scutellarioides) are among those on display at the U.S. Botanic Garden's newest exhibit on roots. Photo by Nsikan Akpan