Lara Croft, famed video game icon, fights her way through jungles and ruins — all while sporting skimpy clothes or a bikini.

The hypersexualization of her character isn’t out of the ordinary, according to a new study that examined the history of female objectification in video games over 31 years. The trend is most prominent in male-oriented fighting games like Mortal Kombat and games rated Teen and above. 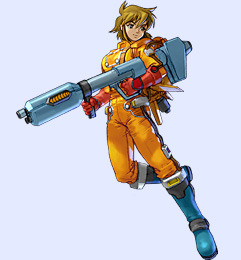 The least sexualized character found in the study was Kissy from Baraduke, released in 1985 by NAMCO. Photo by user swarm via giantbomb.com

As part of her doctoral project, Lynch compiled 571 playable female characters from 1989-2014 and examined them for signs of hypersexualization, which included nudity, over-enlarged breasts or hips and unrealistically narrow waists.

Lynch found that sexualization rose to a peak in the 1995 and then declined, but games still objectify female characters more than male characters and feature them more often in secondary roles.

Lynch traces big-breasted, scantily clad characters back to the origins of the gaming industry. The 1980s and 1990s saw rapid growth in the industry, but female game developers accounted for only 3 percent of the workforce in 1989. Overall, 30 percent of the video game industry was female, and the majority of them had low-paying, low-ranking positions.

Lara Croft’s exaggerated bust line began as an office joke among her game developers, and was supported by a male-dominated environment, Lynch said. Since her inception, Croft has had had a makeover. She wears pants and a tank top now, and has begun to represent a new female character trope: the hero.

Her effect on gaming, which some people in the field call the “Lara Phenomenon,” challenges the binary of vixen or victim under which most female characters fall.

For Edward Downs of the University of Minnesota, whose research focuses on the intersection of gaming and cognition, the impact of the Croft-like hero is diminished if she is still hypersexualized.

“These characters show that despite having male characteristics and being dominant, women’s bodies are still their most important feature,” Downs said.

And grandiose figures may cut into profits. The study argues that hypersexualizing women in gaming has contributed to diminishing the participation of women in the industry. Just 22 percent of game store employees are women, and though 47 percent of gamers are female, Lynch said those women aren’t playing games with hypersexualized representations of themselves. 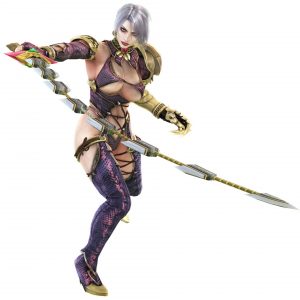 The most sexualized character picked by the study is Ivy Valentine from Soul Caliber, released in 2014 by NAMCO. Photo by dragoness1993/via giantbomb.com

Further sexism within the industry, including some hostile game production environments, has limited female perspective in game development, Lynch said of her study, which was published June 30 in the Journal of Communication.

“There is a dominant masculine preference and there has been toxic encounters that are gendered in nature,” Lynch said. “But the game industry has been very receptive in trying to involve more women. It’s having more open conversations [about sexism] than ever before.”