New images reveal what sunset on Pluto looks like

Captured by the New Horizons spacecraft during its flyby in July, NASA released the backlit image Thursday, which revealed more details of the dwarf planet’s icy landscape, including mountains that stand as high as 11,000 feet and an atmospheric haze that extends to at least 60 miles above the surface.

“This image really makes you feel you are there, at Pluto, surveying the landscape for yourself,” New Horizons Principal Investigator Alan Stern said in a statement.

Stern called the high-resolution image a “scientific bonanza” as it also revealed details of Pluto’s glaciers and plains. Other new photos confirmed that Pluto has Earth-like glacier activity, except its glaciers are made from nitrogen instead of water. 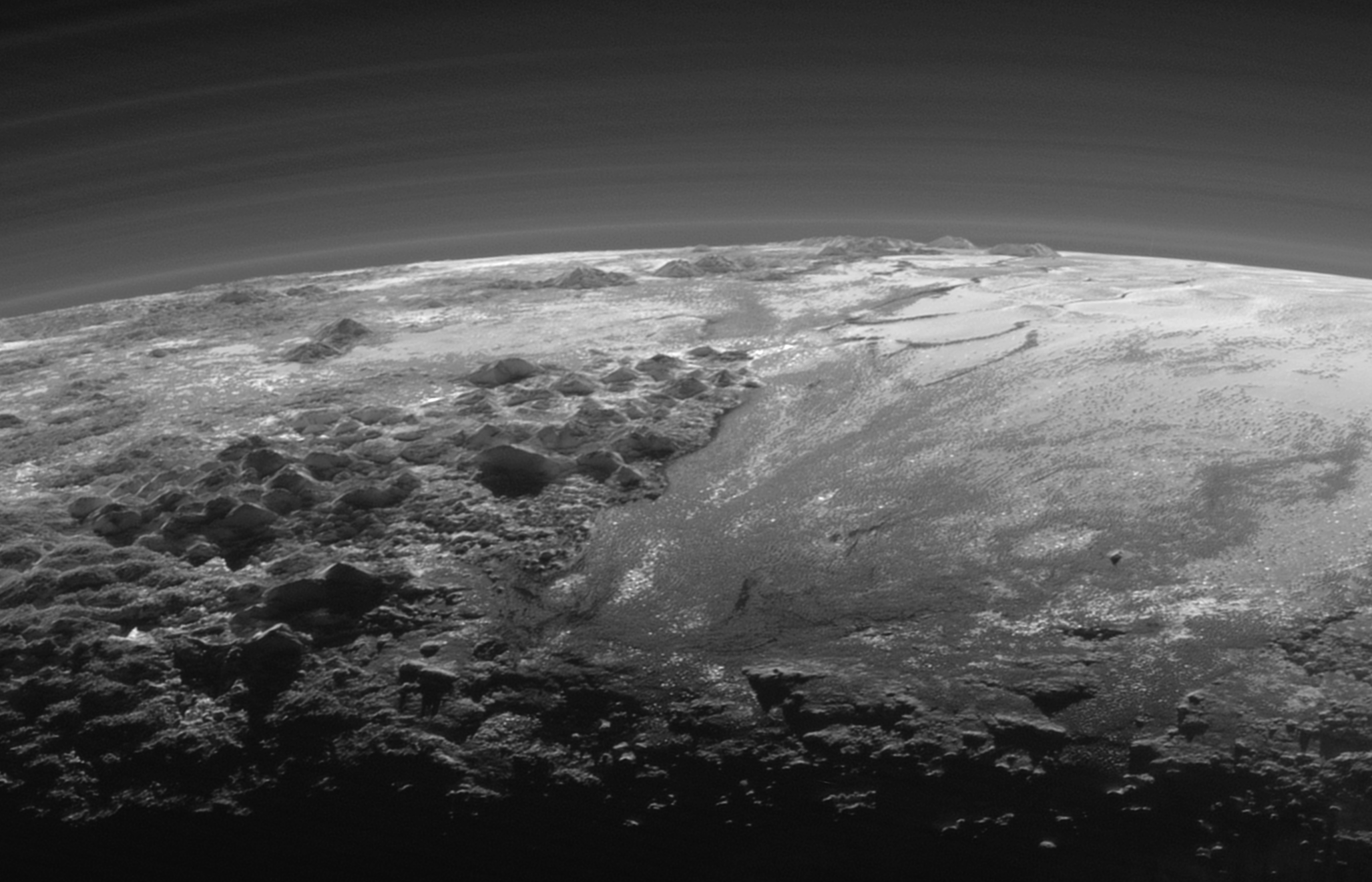 According to NASA scientists, the low-lying fog seen in the images could also indicate that weather on Pluto changes day to day, just like on Earth.

New Horizons is currently on course to reach the Kuiper Belt Object 2014 MU69 by January 2019. 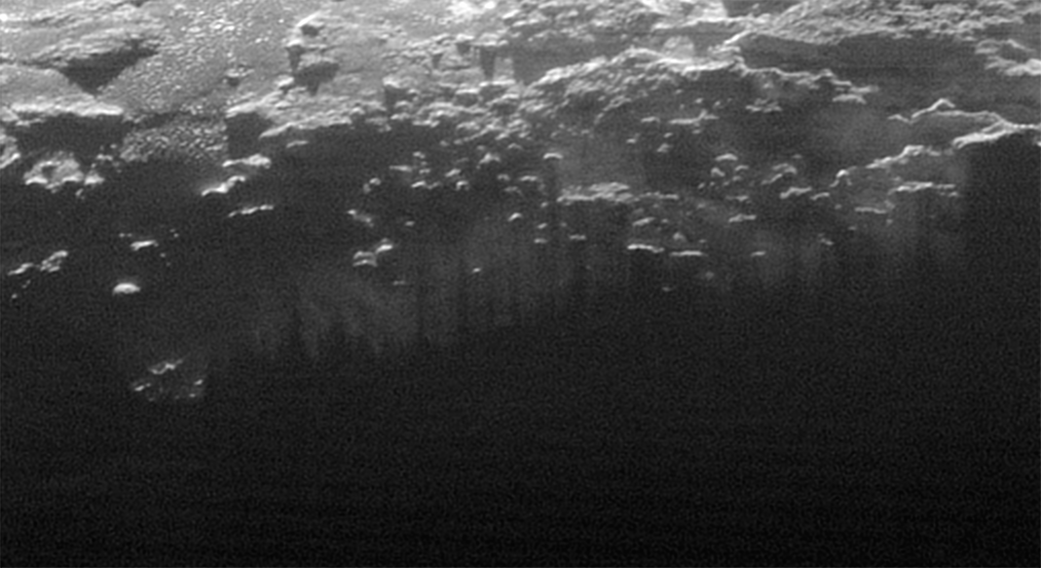 Shadows of various small mountains on the surface of Pluto cut through the haze. Image courtesy of NASA/JHUAPL/SwRI

Left: Just 15 minutes after its closest approach to Pluto on July 14, 2015, NASA’s New Horizons spacecraft looked back toward the sun and captured this near-sunset view of the rugged, icy mountains and flat ice plains extending to Pluto’s horizon. The image was taken from a distance of 11,000 miles to Pluto; the scene is 780 miles wide. Image courtesy of NASA/JHUAPL/SwRI