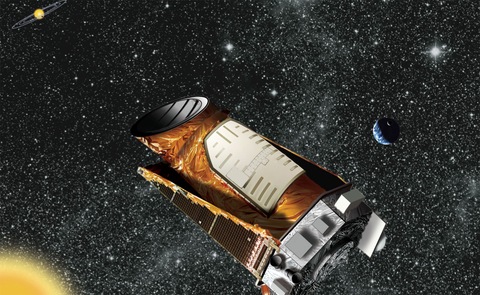 Last week, scientists announced that after four years of surveying a strip of the Milky Way galaxy, the Kepler Space Telescope would officially go offline, due to a broken wheel that’s been damaged beyond repair.

And while the lion’s share of attention since has focused on the mission’s primary goal — its contribution to the search for Earth-like planets — there’s also a great deal to say about what Kepler has found beyond this search, scientists say.

To date, the Kepler mission has confirmed 136 planets, and 3,548 unconfirmed, potential planets. Of those unconfirmed planets, 272 are believed to be in the so-called “habitable zone,” warm enough for liquid water and life, said Wesley Traub , chief scientist of NASA’s exoplanet exploration program.

But Kepler also turned up hundreds of unusual planets and solar systems in our galaxy, said Geoffrey Marcy, astronomer with the University of California Berkeley, and he calls this a monumental step forward for exoplanet studies.

“Eighteen years ago…the whole field of exoplanets didn’t exist at all. We’ve gone from no planets and no prospect of finding any in 1995, and now we are overwhelmed with a tsunami of new planets,” Marcy said.

Here’s a sample of what the Kepler mission has turned up, beyond the search for other Earths: 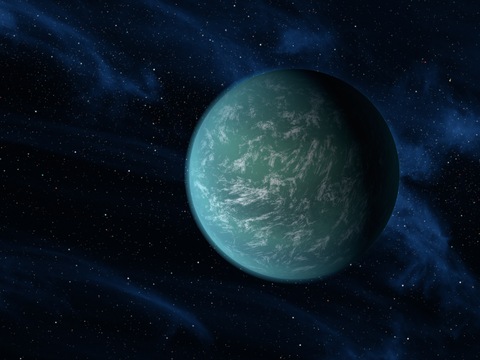 Artist’s concept of Kepler-22b, a “super-Earth” orbiting in the habitable zone. The planet is 2.4 times the size of Earth. Courtesy: NASA/Ames/JPL-Caltech

Among the Kepler mission’s more remarkable findings is a whole class of planets larger than Earth but smaller than Neptune, said Natalie Batalha, the lead scientist on the Kepler mission. In fact, these “super-Earths” or “sub-Neptunes” made up a surprising 85 percent of the planets found in Kepler’s arsenal.

That find is really unusual, Marcy said. “There’s a dominant type of planet, one to four times the size of Earth, that are the common run-of-the-mill planet. Yet in our system, we don’t have any at all.” 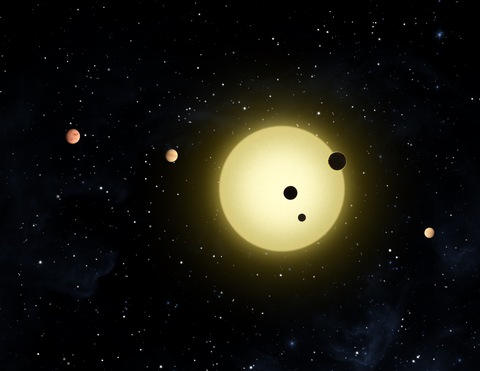 The eight planets in our solar system travel in a near-perfect circular orbit. And they all travel in the same plane and the same direction. But Kepler found solar systems with elongated, elliptical orbits, where planets swing close to their home star, and then slingshot far away.

It’s a mystery, Marcy said, explaining the traditional orbit like this: As some gas and dust collapse to form stars, gravity pulls the remaining matter in a circular pattern, like water swirling around the drain, he said. That matter comes together to form planets, which continue traveling around their home star in a circular orbit. Which begs the question:

“How in the world did the darn planets get into elongated orbits?” Marcy asks.

Kepler also spotted solar systems that featured several planets crowding their home star, orbiting closer than Mercury is to our sun, Traub said. For example, there are six planets in the Kepler 11 system, 2,000 light years from Earth, floating closer to their sun than Venus.

And not all planets travel in the same pattern. Kepler has found evidence of planets orbiting backward, against the direction of their fellow planets, and others traveling in a near-vertical axis to their sun.

Scientists had previously considered this “completely against the rules of the solar system,” Traub said. 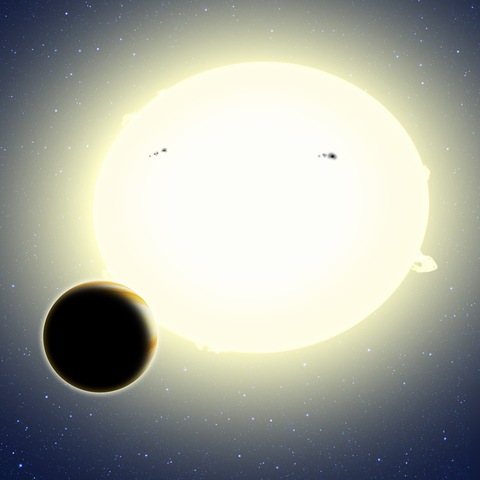 Artist’s concept of Kepler-76b, or “Einstein’s Planet”, a “hot Jupiter” which orbits its star every one and a half days. Courtesy: David A. Aguilar (CfA)

Kepler also spotted Jupiter-sized planets floating closer to their stars than our Mercury. Heather Knutson, assistant professor of planetary sciences at the California Institute of Technology, analyzed the weather of one such behemoth, the blue HD189733b, with the Spitzer Telescope. Temperatures on HD189733b ranged from 1,200 degrees Fahrenheit at night to 1,700 degrees Fahrenheit by day.

That’s so hot that Knutson and her fellow researchers estimated the planet must be boiling away, losing more than 2 billion pounds of mass per second.

These hot Jupiters appear to be rare in our galaxy, Batalha said. And they are lonely planets, too. Hot Jupiters are the only planets in their systems, likely forming away from their star and migrating inward, Knutson said, but no one knows how.

“It’s a very random, very messy process when solar systems form but there are many combinations possible,” she said. “We picture [planets] as static; they form and stay in place. What we’re discovering is they don’t stay put, and maybe we’re the exception, not the rule.” 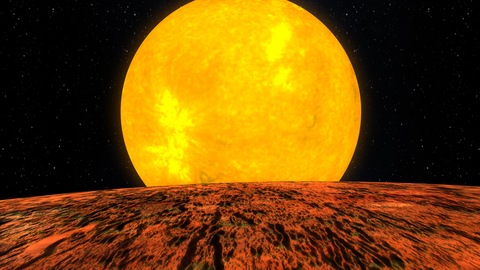 One of the earliest confirmed planets of the Kepler mission was Kepler-10b, a rocky planet orbiting a star twice the age of the sun, 560 light years away. Batalha started calling the planet “Vulcan”, after the Roman god of fire — not, she’s quick to clarify, after “Star Trek” Spock’s home planet. This is because Kepler-10b is 23 times closer than Mercury to its star which makes it a canonical “vulcan” planet, Batalha explained.

“The heat from its parent star is going to be so intense that the surface temperature will be in excess of the temperatures needed to melt iron,” she said. “An entire hemisphere is an ocean of lava, not of water.” 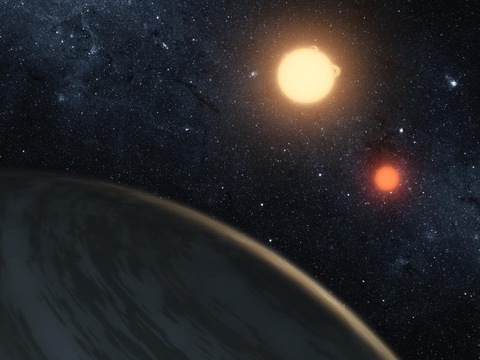 In the “Star Wars” film trilogy, Luke Skywalker’s home planet of Tatooine featured a double sunset, something that scientists doubted could ever happen, Batalha said. Orbiting two stars would be difficult; the planet would be pulled by so many gravitational forces, she explained. But Kepler found it. Kepler-16b is one of the planets the telescope identified as orbiting two stars — now nicknamed “Tatooine” for the planet in George Lucas’ film. And there may be more. Kepler found 2,165 pairs of stars orbiting each other in its survey so far.

“It’s interesting to think about how science fiction informs science and vice versa. I just loved watching that play out in reality,” Batalha said.

Super-Earths, hot Jupiters and binary star systems are just scratching the surface of Kepler’s data. It may be offline, but the data Kepler has left behind is overwhelming, says Andrew Howard, an astronomer with the University of Hawaii. Scientists are still working day and night, literally, to comb through all of the data, and it may be decades before they understand it all, he said.

“One thing about the Kepler data is that the spigot turned off about a year before we were able to catch up,” he said. “There is so much — and such rich — data to make sense of.”

Scientists are still hoping to find evidence of carbide planets in Kepler’s readings, planets with mountains made of diamond instead of silicon-based rock. Others hope to comb through the data looking for signs of “free-floating” planets, planets that have been ejected from their solar systems. Upcoming missions like the Transiting Exoplanet Survey Satellite (TESS) and the Wide-Field Infrared Survey Telescope (WFIRST) will tell astronomers more about the closer planets in Kepler’s survey, Traub said.

Still, Batalha’s ultimate goal is to find something familiar in the galaxy.

“I want to find something that really does look like home,” she said. “That sounds myopic, and it sounds too narrow-minded, but we only have one example of life and that’s here on this outpost called Earth.”

Wheels Stopped for Kepler, but Still More to Study

Warren still dogged by past claims of indigenous ancestry

WATCH: ‘Of course we were supposed to do that’ Bloomberg says of surveillance of American Muslim community post 9/11