Why you won’t want to miss Sunday’s supermoon eclipse

On Sunday, if the skies are clear, you’ll have the chance to glimpse a rare event in the night sky: a total supermoon lunar eclipse.

During this event, three things will occur at once. The moon will be both full and at its closest point to Earth – that’s known as a supermoon. And this will occur at the same time as a total lunar eclipse – that means the moon, sun and Earth will be aligned.

Because of its proximity to Earth, the moon will appear brighter and larger — 14 percent larger and 30 percent brighter than other full moons — in the sky. And it will appear a dark, coppery red, caused by the Earth blocking the sunlight that normally reflects off the moon. 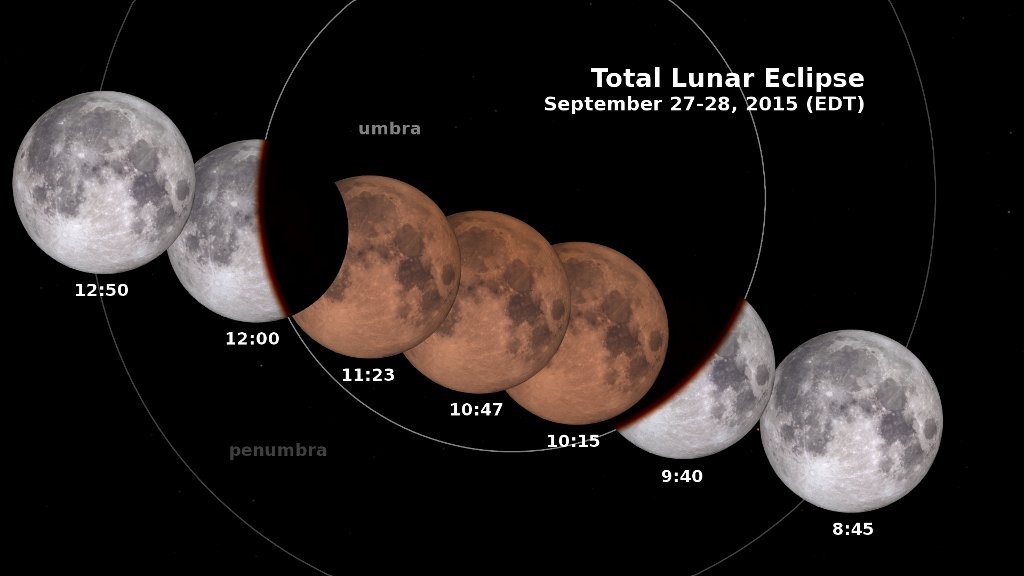 A timeline of the eclipse in Eastern Daylight Time. Graphic courtesy of NASA’s Scientific Visualization studio

This represents the first total supermoon eclipse since 1982, and there won’t be another until 2033. It also caps the end of a series of lunar eclipse tetrads, or four total lunar eclipses in a row.

Tetrads occur when four total lunar eclipses happen in a span of 18 months, and they can be very rare. While there are eight happening in the 21st century, between 1600 and 1900, there were none.


A visualization of all the moon’s phases. Craters near the terminator are labeled. Graphic courtesy of NASA’s Scientific Visualization studio. 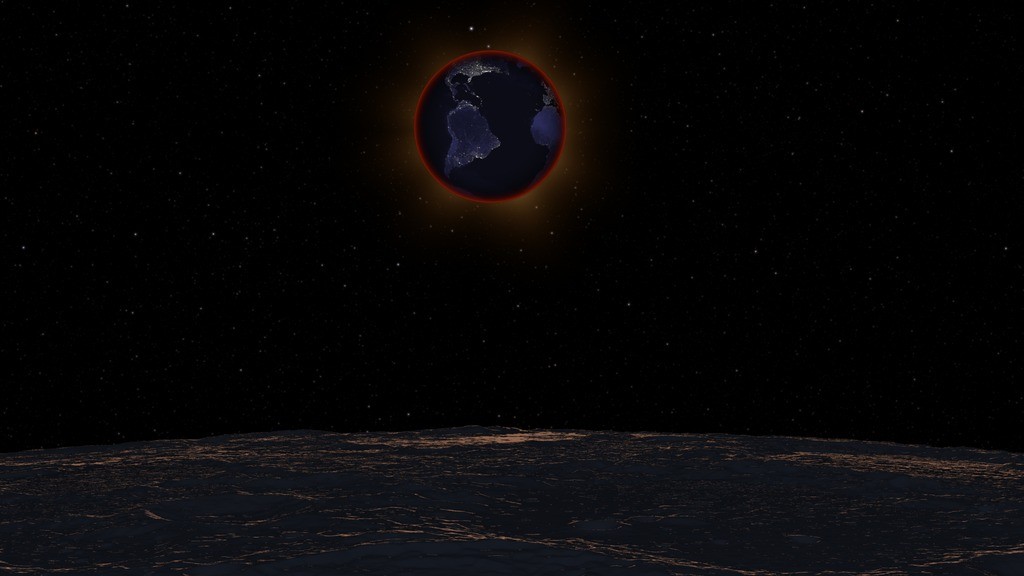 A lunar eclipse as seen from the moon. Graphic courtesy of NASA’s Scientific Visualization studio

From April 2014 until now, every potential eclipse has resulted in a total lunar eclipse.

“The next couple of eclipses are penumbral, then there’s a partial, then the next total lunar eclipse you get is in January 2018.” said Dr. Bruce Betts of Planetary.org.

Left: INNSBRUCK, AUSTRIA - SEPTEMBER 28: A perigee full moon, or supermoon, as seen during a total lunar eclipse on September 28, 2015 in Innsbruck, Austria. The combination of a supermoon and a total lunar eclipse last occurred in 1982 and will not happen again until 2033. Photo by Jan Hetfleisch and Getty Images