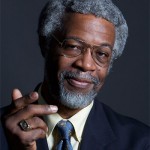 How Einstein inspired me to find a magical piece of mathematics

In 1905, a young patent clerk’s four papers shook the world. The world’s most famous equation E = mc2 emerged that year. But looking back, it only marked the initial performances of Einstein’s concerti. His scientific opus, the Theory of General Relativity was completed in 1915.

In 2005, I gave more than 40 presentations on five continents during Albert Einstein’s so-called ‘‘miracle year’’ celebrations. Throughout my life, my professional activities have been largely dominated by the ideas (or related ones) of Einstein. As a 16-year-old student, his ‘‘mathematical magic’’ and his staggeringly powerful imagination amazed me during an introduction to his 1905 Theory of Special Relativity. This theory showed that time and space together were threads of a grander structure, the ‘‘fabric of space-time.’’ Seeing such intellectual power cemented my commitment, which started when I was four, to become a scientist.

In 1907, still in the patent office, Einstein had what he described as the ‘‘happiest thought’’ of his life.

In 1907, still in the patent office, Einstein had what he described as the ‘‘happiest thought’’ of his life. After a heroic struggle it yielded a beautiful elaboration…the space-time fabric can bend and support ripples. Amazingly, he showed that bending corresponds to the force of gravity. He used a type of mathematics called ‘‘Riemannian geometry’’ to reach this insight, and it solved a puzzle that had stumped physicists since Newton.

I followed Einstein’s instinct about geometry in 1977. Working at Harvard with a colleague named Warren Siegel, we derived a mathematically-complete successor to general relativity that we called ‘‘superfield supergravity.’’ This is complicated physics, but think of it this way: In school, you learn how to count, then you learn fractions. In the same sense, you can have Einstein’s general relativity, and then you have theories that contain it, that take it a step farther. To simplify, think of space and time as a single thing, then consider the stuff that exists in space-time, like matter. Electrons are familiar to us, because we use them to communicate. But there is an attribute of electrons, something called “spin” that had not yet been incorporated into the property of geometry. We took this “spin” attribute of matter and inserted it into the structure that describes “space-time geometry,” creating what we call “superspace.” In so doing, the electrons became intrinsically related to space and time in a way that had never before been seen.

As a young physicist, my quest was to find a magical piece of mathematics that is also an accurate description of something hidden deep within Nature.

The mathematics of the very large are what Einstein gave us with general relativity. However, quantum particles, like the electron, were not part of Einstein’s mathematics. This new “superfield supergravity” approach brought us closer to a single mathematics that reconciles the very large with the very small. There is controversy, but in my opinion, this mathematical approach offers the best opportunity for humanity to achieve the dream of unification that Einstein never attained in his lifetime.

Our work lies at the foundation of the fields of ‘‘superstring theories” and “heterotic string theories,” the subject of much effort by theorists in recent decades. These all successfully supported the quest that eluded Einstein for the last several decades of his life. He called it the ‘‘unified field theory.”

As a young physicist, my quest was to find a magical piece of mathematics that is also an accurate description of something hidden deep within Nature. Now considerably older, I am following Einstein again, the loner with singular ideas, and leading work creating new mathematical structures, named “SUSY adinkras,” possessing aspects similar to genetics. This sets the stage to ask totally new questions about the nature of the laws of the universe at its very beginnings. Did the laws of Nature undergo a process like evolution? Unlike my science hero Einstein, I do not know if I have been successful in the second part of my quest. Many people have asked me why I have pursued something so far removed from practical applications. The most basic answer is to point to how much poorer our species would be not knowing about the ‘‘Big Bang.’’

Previously, I have commented that the most awe-inspiring aspect of Einstein’s life was that he first got famous and then used that fame to help others. I recommend that anyone interested in this aspect of his life read the book, “Albert Einstein: The Persistent Illusion of Transience.” For example, Einstein vigorously supported African-Americans’ struggle for full citizenship and dignity in his adopted homeland, as noted in the book, “Einstein on Race and Racism.” Of course, there is his warning letter to President Roosevelt about the possibility of a German atomic bomb. I am inspired by this attribute of his life as a model for my own activities outside of science. I serve on the U.S. President’s Council of Advisors on Science & Technology, the National Commission on Forensic Science, and the Maryland State Board of Education.

Einstein said, “A hundred times every day I remind myself that my inner and outer life depend on the labors of other men, living and dead, and that I must exert myself in order to give in the same measure as I have received and am still receiving.” Service to others is an embodiment of this and exceeds his greatest scientific opus. Science and scientists must strive to serve humanity.

S. James Gates, Jr. is a theoretical physicist at the University of Maryland