Synthetic marijuana caused a spike in suspected poisonings earlier this year, according to a new report from the U.S.Centers for Disease Control and Prevention. Poison control hotlines across 48 states documented a 229 percent increase in calls related to synthetic marijuana use between January to May of 2015 compared to the same months in 2014.

Synthetic marijuana or cannabis does not contain tetrahydrocannabinol (THC), the psychoactive ingredient found in naturally growing marijuana leaf, so it isn’t considered an illegal substance. Instead, synthetic marijuana contains chemicals made in a lab that mimic THC’s effect on the brain. These chemicals get sprayed onto a plant, which then gets packaged for sale. Some gas stations and convenience stores sell synthetic marijuana products under street names such as “crazy town” or “Keisha Kole.”

“If you have these products you should throw them away,” said Royal Law of the CDC. “They are marketed as safe, but they are certainly not safe.”

Of the 3,572 calls received between January and May, 15 resulted in death. Other severe symptoms reported include tachycardia — a faster than normal heart rate, drowsiness and vomiting. Less than one-fifth of the callers reported using additional substances, such as alcohol, benzodiazepines and naturally grown marijuana, and only one of the 15 reported deaths involved other drugs.

The states with the biggest increase in adverse effects related to synthetic marijuana use were New York, Alabama, New Jersey, Mississippi, Texas, Florida and Arizona. In April, New York Gov. Andrew Cuomo issued a health alert after hospitals reported seeing over 160 patients in nine days who showed adverse effects related to synthetic marijuana use. In April, the number of calls jumped 330 percent from January. 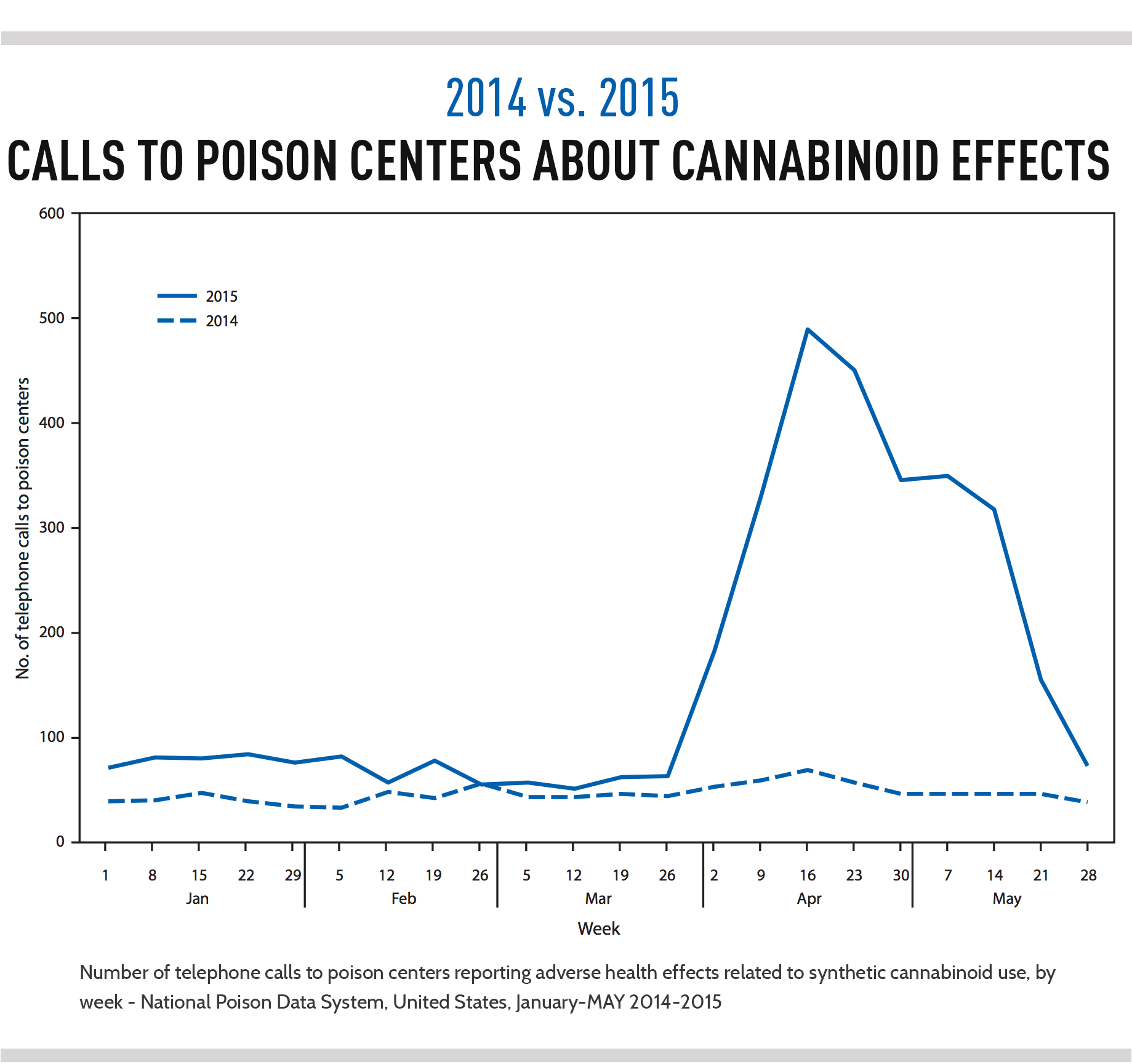 Consistent with studies showing that males are more likely to use illicit substances, men accounted for four out of five poison calls involving synthetic weed. Men also were more likely to have a more severe outcome. Though the victims’ ages ranged from newborns to those in their 70s, the largest percent of suspected poisonings were between 20-29 years old.

Synthetic marijuana chemists are constantly changing their chemical formula to evade specific drug bans. If there is no legislation regarding the sale of these new chemicals, then drug makers can sell their products over the counter without ramifications until the law catches up.

Left: File photo of a marijuana plant outside a clandestine laboratory for drug processing in Zacoalco de Torres, Mexico, on May 24, 2011. The laboratory was used to make synthetic drugs before police raided it. Photo by Alejandro Acosta/Reuters