The skeletal remains of a 13,000-year-old teenage girl pulled from an underwater cave below Mexico’s Yucatan Peninsula provides fossil evidence for a persistent, but mostly resolved question on the descendants of early Americans.

Native Americans and the earliest American skeletons, known as paleoamericans, have markedly different faces, skulls and teeth, which has raised questions about their origins, and whether their ancestors traveled along separate migration routes. But most geneticists agree that Native Americans descended from Siberians who traveled to America via a land bridge over the Bering Strait toward the end of the last glacial period. This study supports that. An alternative theory suggests they had different ancestral origins, possibly in southeast Asia, Europe or Australia. 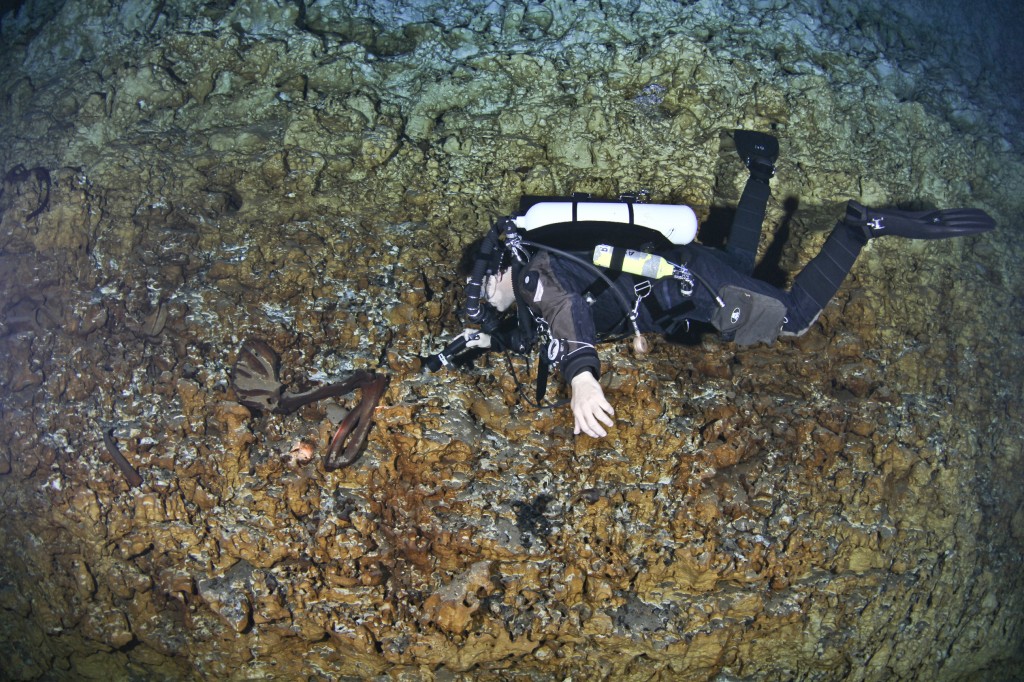 By studying the mitochondrial DNA from the girl’s wisdom tooth — that’s genetic material inherited from the mother — researchers have determined that she derives from the same genetic lineage as early Native Americans, and likely descended from those who crossed the Bering Strait.

The girl, along with at least 26 animals, many of them now extinct, including Saber Tooth tigers, giant ground sloths and cave bears, were found in the cave, after possibly plunging down the 100-foot trap to their death. It’s like a tar pit without the tar, said Jim Chatters, an archaeologist and paleontologist and lead author of the paper. Researchers believe her broken pelvis is a result of that the fall.

“This young woman’s misfortune, so long ago, provides us with new insights regarding the early people who populated the Americas,” said Laura Zahn, senior editor at Science, during a press conference on Wednesday. Chatters described the teenage girl as “small and slight.” They are calling her “Naia,” after naiads, the water nymphs of Greek mythology.

Cave divers discovered the site in 2007, after traveling through a 3,000-foot water tunnel. Alberto Nava, lead diver from the Bay Area Underwater Explorers, describes the first time his team entered the cave. They saw animal bones, a three foot femur leaning against a boulder. The human skull rested on a ledge.

“It was a small cranium laying upside down with a perfect set of teeth and dark eye sockets looking back at us. This skull was resting on its humerus and we could see the rest of the upper torso was spread to the left and down on the ledge,” Nava said.

Still unclear is why the skulls of modern Native Americans are shaped so differently. This latest research indicates that they likely evolved on American soil, possibly as a result of different food or environmental conditions.

Left: Divers Alberto Nava and Susan Bird transport the Hoyo Negro skull to an underwater turntable so that it can be photographed in order to create a 3-D model. Image courtesy of Paul Nicklen/National Geographic