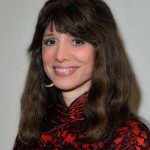 Thanks to Einstein, my starships can break interstellar speed laws

Relativistic physics imposes one of the most frustrating limitations predicted by science. It tells us that an inescapable speed limit exists in the universe: we can’t go faster than the speed of light. What does that mean?

Light moves fast. To get an idea of how fast, let’s make a few comparisons. A car on the interstate might go 60 miles an hour. A ship in orbit could travel at 17,000 miles per hour. In contrast, light travels at 670,000,000 miles per hour. That hardly seems like a limitation. However, it all depends on the distances involved. If we wanted to travel to other star systems, they are far enough away that even if we could go at almost the speed of light, it would still take years, decades or centuries to reach them.

This raises problems for science fiction writers. Galactic empires are a staple of space adventure stories. Suppose you want to write about civilizations that span many star systems or even the galaxy. If it takes hundreds of years to travel from place to place, that rather drastically limits your storyline.

Suppose you want to write about civilizations that span many star systems or even the galaxy. If it takes hundreds of years to travel from place to place, that rather drastically limits your storyline.

Some writers embrace the challenge. They work within a framework where, say, sending a message across the stars takes decades or longer. The government, culture, economy, military and lives of the characters would be dramatically different than on modern-day Earth, where communication is almost instantaneous. Other writers posit starship drives that allow faster-than-light travel, but the writers don’t give scientific details. The drive just exists. Yet other writers, such as myself, start with known physics and extrapolate the equations into the realm of, “What if?”

As a scientist as well as an author, I didn’t want to ignore the physics of relativity, but I also didn’t like the constraints it imposed on my stories. So I used math to get around the relativistic speed laws. I came up with the idea in graduate school when I was procrastinating on doing my homework for an applied math class. I was studying complex variable theory, which is about imaginary numbers; that is, numbers that involve the square root of negative one. Such numerical beasts have no physical analog in our real universe; hence, the name “imaginary.”

Rather than doing my homework, I decided to design a starship drive for my novels (at least that’s a more unique excuse than “the dog ate my homework.”) I did eventually get back to the problem set, and I even earned an A on it, but I also had a boatload of fun along the way by applying complex variable theory to the equations of special relativity, which applies for objects that travel really, really fast.

I eventually wrote a paper about those ideas, “Complex speeds and special relativity,” which was published in the American Journal of Physics. A complex speed has no physical meaning, so my paper was a thought experiment, a math game without a physical analog. As a science fiction writer, however, I found the idea a gold mine. I now had a framework based on relativistic physics that I could use to let my starships break the interstellar speed laws. I called the process “inversion” because if you are going faster than light, relativity predicts the constellations you see will be flipped around (inverted) from their positions as seen at slower than light speeds.

Rather than doing my homework, I decided to design a starship drive for my novels

Suppose we are on a starship. As we approach light speed, observers on Earth notice some bizarre effects. To them, our time slows down, our length contracts (in one dimension), and our mass increases. At the speed of light, if we could ever reach it, our mass and energy would become infinite, our length would shrink to nothing, and time would stop. That’s why it’s impossible to travel at light speed. You can imagine it as an infinitely tall tree blocking our path. We can’t reach the other side of the tree — faster than light speeds — because it would take an infinite amount of energy to get over the top of the tree.

Making our speed complex is like leaving the path and going around that oversized tree. Once we’re traveling at faster than light speeds, our mass decreases, time contracts, and length dilates. Now we have a lower speed limit! We can’t go slower than light. The possibilities for the science fiction writer are wonderfully entertaining. I describe the ideas in more detail in an essay that appears in my anthology, Aurora in Four Voices.

In the real world, scientists have never found evidence that anything can go faster than the speed of light. But then, a lack of evidence doesn’t prove a lack of existence. Also, if it is possible to circumvent that pesky speed limit, it’s unlikely the physics would be the same in the faster-than-light realm as in the slower-than-light universe, no more than the physics of relativistic space travel is the same as what we experience day-to-day in our much slower existence. Someday new scientific developments will undoubtedly revolutionize our understanding of the universe just as Einstein’s theories changed our world. We’ve barely scratched the surface of what the cosmos has to teach us. In another hundred years, scientists may chuckle at our quaint ideas about the speed of light, but getting to that day is going to be one thrill of a ride.

Catherine Asaro is the author of more then twenty-five books, including science fiction, thrillers, and fantasy. Her novel, “The Quantum Rose” and her novella, “The Spacetime Pool” both won the Nebula® Award, and she is a multiple Hugo nominee. Among her many other distinctions, she is a multiple winner of the AnLab, the readers choice award from Analog magazine, and a three time recipient of the RT BOOKClub Award for Best Science Fiction Novel. Her most recent books are the novels, “Undercity” (Baen) and the eBook, Lightning Strike, Book I”, which is based on the first half of the book “Catch the Lightning.”
Asaro received her Ph.D. in Chemical Physics from Harvard University and wrote her doctorate in Theoretical Atomic and Molecular Physics. She currently directs the Chesapeake Math Program, which serves students in Maryland, DC, and Virginia.