The Burning Question in Cleaning Up an Oil Spill 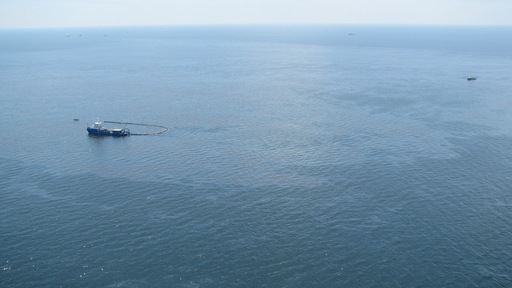 Since the explosion and destruction of the Deep Horizon oil rig last week in the Gulf Coast off Louisiana, hundreds of thousands of gallons of oil have continued bubbling up from the ocean floor. As the sheen of oil stretches dozens of miles and heads precariously closer to shore, response teams are working against the clock to figure out ways to contain the spill.

One method in responders’ toolbox, according to Greg Pollock, deputy commissioner of the Oil Spill Prevention and Response Program at the Texas General Land Office, is to burn some of the oil off the surface. This does not mean we’ll see a 100-mile flame on the ocean.

He describes a three-pronged approach to cleaning up the spill here:

Pollock, whose office was involved in an effort using fire booms to capture and burn oil that spilled on the San Jacinto River in 1995, doesn’t promise it will keep oil off every mile of coastline along the Gulf Coast but can make a difference.

Plus, here’s a graphic from Wednesday’s NewsHour on the dynamics of the cleanup: 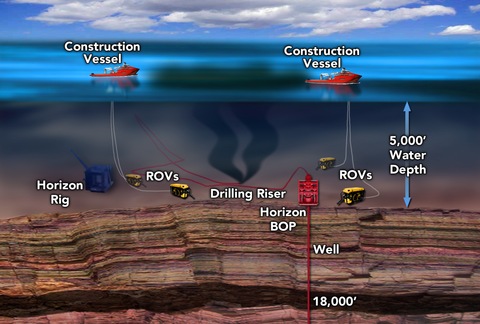