The woe of being labeled a pit bull

What’s in a name? If you’re a pit bull in an animal shelter, it could mean life or death.

Dogs labeled as pit bulls stay in animal shelters for three times as long as lookalikes and are more likely to face euthanasia, according to research released today from Arizona State University. In light of the fact that 50 percent of shelter dogs classified as pit bulls are actually lookalikes, the new findings suggest human bias may inadvertently breed death sentences for some abandoned pooches.

“Pit bull” is an umbrella term that typically refers to American and English bulldogs, Staffordshire bull terriers, American Staffordshire terriers, American Pit Bull terriers or their mixes. Their public image is marred by activities like dog fighting and reports of heightened aggression against humans and other dogs. Of 551 dog bite injuries treated at the Children’s Hospital of Philadelphia between 2001 and 2005, 51 percent involved pit bulls. However, recent research counters that this stereotype of pit bull aggression may be a self-serving prophecy that’s perpetuated by improper care by dog owners.

To test whether the public has bought into this idea, ASU psychologist Lisa Gunter and her colleagues designed a set of four small experiments to measure human bias against the pit bull brand.

One study skimmed an online database of dogs at North American animal shelters in search of pit bulls and lookalikes. A lookalike, as judged by the team, is a dog with pit bull-like features — stature, head, body weight, coat color and coat length — but carrying a different breed label in the database.

The researchers selected 15 pit bulls and 15 lookalikes, and then shared their photos — without breed labels — to 39 potential adopters at the Arizona Animal Welfare League and SPCA in Phoenix.

When asked to judge attractiveness, the potential pet owners saw no difference between pit bulls and lookalikes. (A separate experiment found the same pattern if the still photo was replaced with a video.) But when the team combed through the database records, the average stay for the dogs labeled pit bulls (42.07 days) was three times longer than for the lookalikes (12.80 days).

“This suggests that the disparity in how long the dogs remained at the shelter waiting for adoption may have been influenced in part by the perception of the label,” Gunter and her colleagues wrote in their study in PLOS ONE.

But does seeing a photo and taking a survey truly translate to real life reactions? To answer this question, Gunter and her colleagues teamed with the Orange County Animal Services (OCAS) in Orlando, Florida. On Feb. 6, 2014, their shelter made a big switch. They took down the breed names from cage cards and online profiles for every dog at their kennel.

Over the course of the next year, the pit bull adoption rate climbed to 64 percent versus 52 percent over the previous 12 months. Likewise, pit bull euthanasia dropped by 12 percent. Dobermans, also typically considered aggressive, saw a 12 percent hike in adoptions too. All breeds benefited from losing their labels, but the average length of stay for pit bulls dropped by 1.5 days, which was nearly twice the value for herding dogs (like German shepherds, border collies and corgis) or working dog breeds (like boxers, mastiffs and Great Danes). 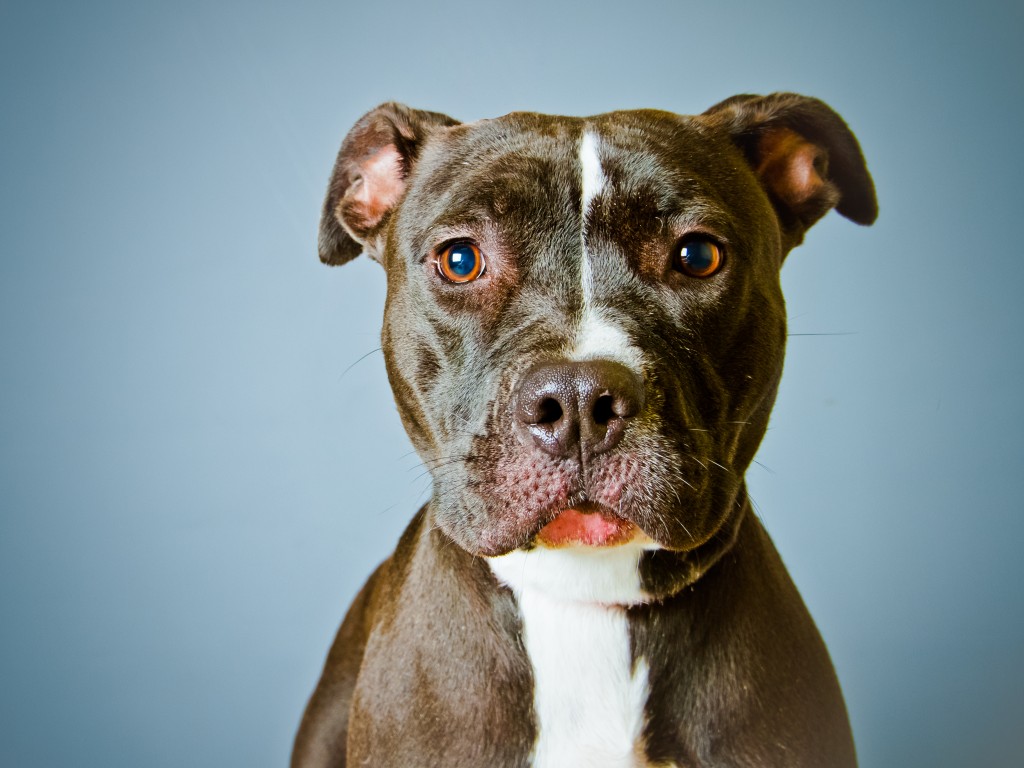 “The results of removing breed labels suggest that the pit bull breed labels were negatively altering adopter decision-making at OCAS,” the researchers wrote. They recommend that rather than let breed labels dictate an adopter’s perception, kennels should provide behavioral assessments instead.

The team turned to Reddit users to look for possible explanations. They recruited 49 student and 179 Reddit users to take a baseline survey on the impressions of three dog breeds: pit bulls, border collies and Labrador retrievers. Each participant viewed photos of these breed, and then judged their approachability, intelligence, adoptability, friendliness, difficulty to train and aggressiveness.

Participants judged pit bulls as more aggressive, which the researchers expected given the public reputation of the breed, while border collies and Labradors ranked significantly higher in the other categories. 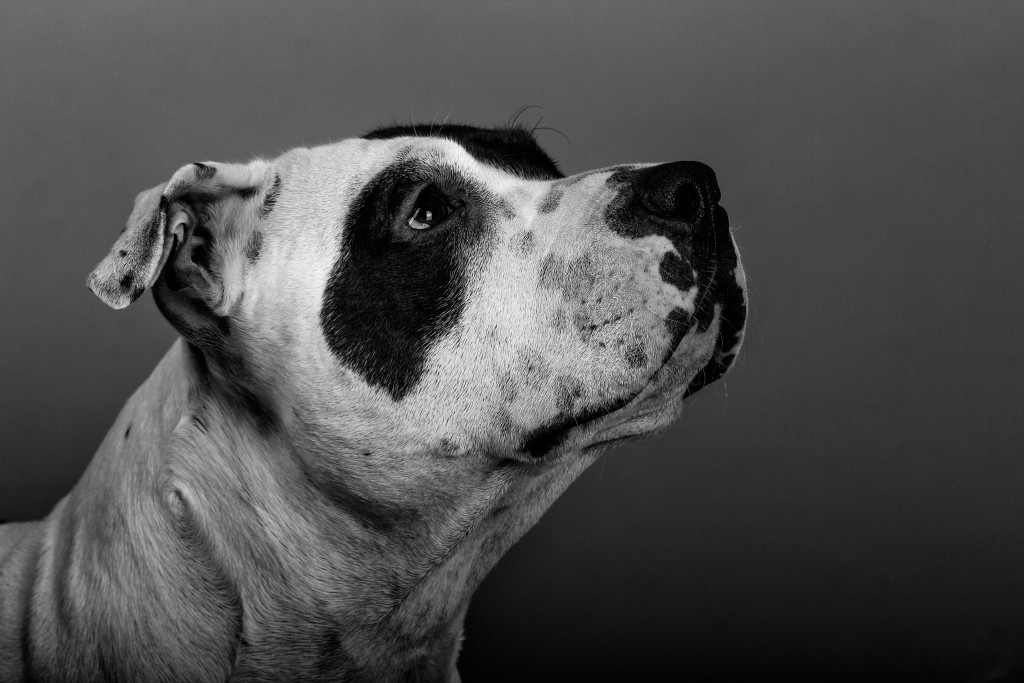 However, picking the right shelter handler to stand by the dog might alleviate some of this prejudice. The psychologists repeated the experiment with students and Reddit users, but included different people in the photos with the dogs: a middle-aged fit man, a man with tattoos who the team called a “rough adult male,” an elderly woman or a young boy. Here’s what they found:

Intelligence rankings increased for every dog, regardless of whom stood beside them. Together, these results suggest certain handlers can reduce negative perceptions of pit bulls.

But the main takeaway, according to the authors, is that removing breed labels “may be a simple, low-cost strategy to improve shelter dog outcomes.”

Left: Would you adopt this puppy? You may not if it's labeled a pit bull, according to a new study from Arizona State University. Photo by Square Dog Photography/via Getty Images