A new ancient DNA study published in Nature Wednesday reports the first known person to have had parents of two different species. The studied remains belonged to a girl who had a Neanderthal mother and a Denisovan father.

Neanderthals (Homo neanderthalensis) lived throughout Europe and Western Asia until around 30,000 years ago. This species lived in several different ecological zones, survived three glacial periods, and were excellent hunters and tool-makers.

Denisovans (Homo sapiens denisova), on the other hand, we know very little about. Thus far they have only been found in Denisova Cave in Sibera as tiny bone fragments. We don’t yet know what they looked like – nor exactly what they were capable of.

Neanderthal, Denisovans, and modern humans all shared a common ancestor more than 400,000 years ago. 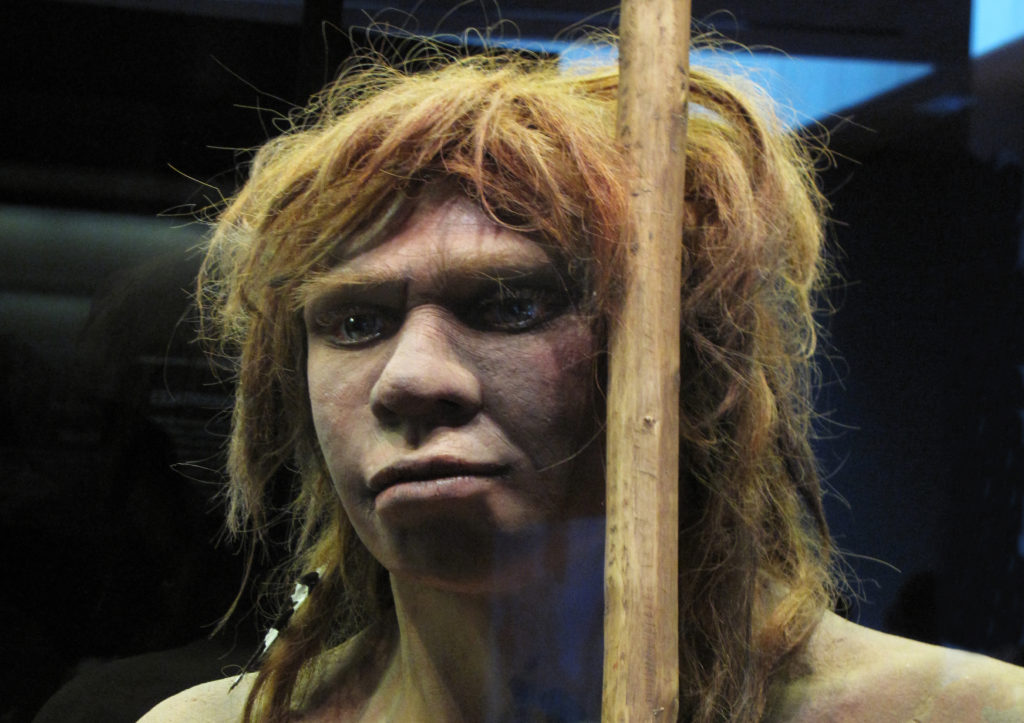 Is this what Denisova 11’s mother looked like? A museum model of a Neanderthal woman. Photo by Cristina Arias/via Getty Images

Found in Denisova Cave, this child — known as “Denisova 11” — was at least 13 years of age at the time of her death. Analysis of a piece of her bone found that the girl died more than 50,000 years ago.

This discovery occurred through ancient DNA analysis, whereby a small piece of the teenager’s bone was pulverised, the DNA extracted, and then sequenced. The sequence was then compared to previously analysed samples from Neanderthals, modern humans, and Denisovans. Her genetic traits could only be explained if her mother was a Neanderthal and her father was a Denisovan. 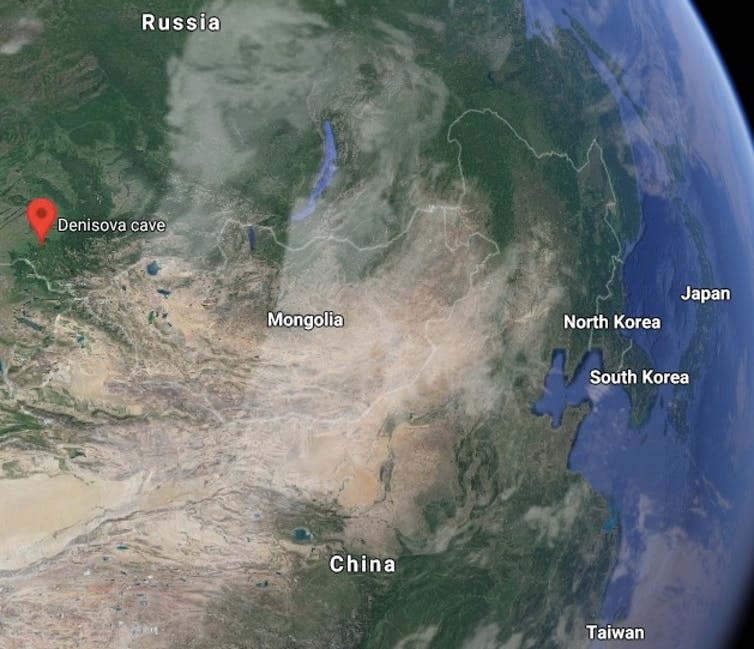 Over many thousands of years, Denisova Cave in Siberia was occupied by Denisovans, Neanderthals and modern humans. Image by Google Earth

Denisova 11 was a first generation Neanderthal-Denisovan woman – perhaps we could call her a “Neandersovan”?

Neanderthals and Denisovans inhabited Eurasia until about 40,000 years ago when they were replaced by modern humans (Homo sapiens).

But before this replacement occurred, there appears to have been a fair bit of mingling going on whenever the different groups met. 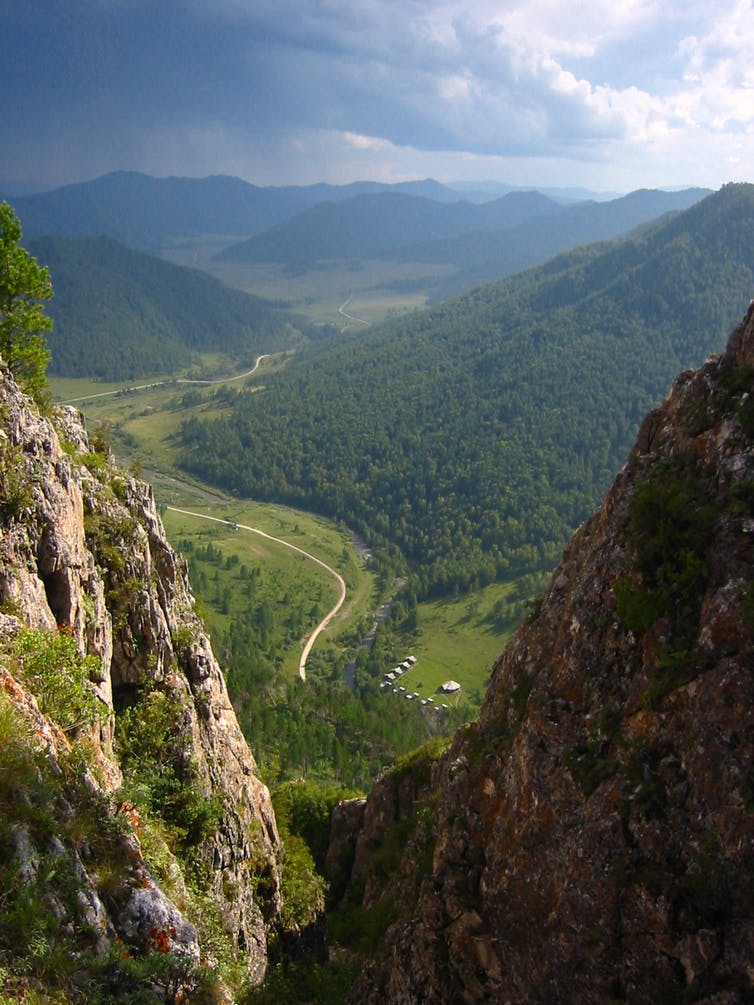 More mobile than we thought

The DNA of this girl — Denisova 11 — also suggests that there was some quite significant movement of Neanderthal groups between Western Europe and the East. Analysis of her DNA found that rather than being more closely related to a Neanderthal who lived in her home cave sometime prior to her birth, she instead showed more connections to those recovered in Western Europe.

This finding is interesting because most archaeological evidenceindicates that Neanderthals — unlike modern humans — were not interested in long-distance movement. They don’t seem to have moved much beyond relatively constrained territories which provided everything they needed for day-to-day life.

Denisova 11 suggests that at least some major movement of ancient humans occurred between west and east. But when? And why?

And how did a Neanderthal woman meet a Denisovan man? How did their respective communities interact? These are questions that now must be asked and investigated. 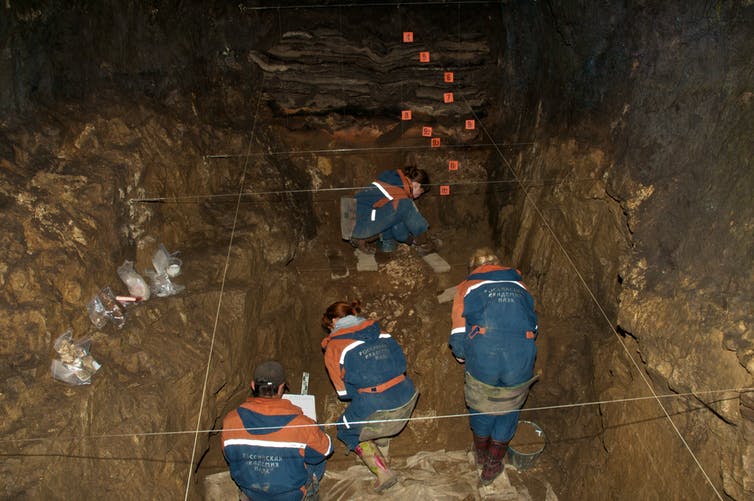 While this young girl has told us so much about her ancestors, we know very little about her.

Because it was only a small piece of one of her long bones found, we don’t know how she died. We can’t know if she suffered any serious illness in her short life, nor if she ever broke a bone.

We only know that she lived.

Michelle Langley is an ARC DECRA research fellow at Griffith University. This article was originally published on The Conversation. Read the original article.

Left: Denisova Cave in Siberia is the only known location of Denisovan bone fragments. Photo by Cheburgenator/via Wikipedia