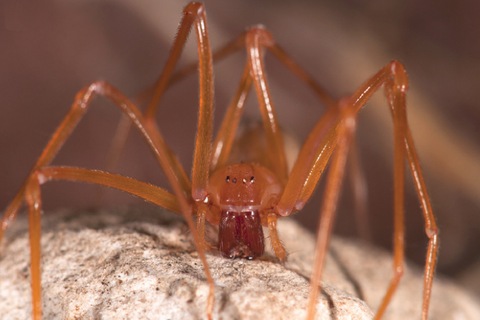 The Trogloraptor is at once a new species, genus and family of spider. Photo by California Academy of Sciences.

The Trogloraptor, a cave-dwelling spider with peculiar, talon-like claws, hangs upside down from strands of spider silk, legs dangling in the air. It is big – the size of a half-dollar – and it uses its long claws to snap and pin down its prey. Hence its name, which means “cave robber.”

And it is so unlike any other spider that scientists had to create a new genus and family to contain it. The new discovery, published on Friday in the journal Zookeys, marks the first time any North American spider species previously unknown to science has required its own family since 1890.

“It’s very unusual for anywhere, in all of life, to walk out in the woods, pick up something, look at it, and say, ‘Bam, this is a new family of life on Earth,'” said Jonathan Coddington, associate director for science at the Smithsonian Institution. “That isn’t just among spiders. It almost never happens.”

The Pacific Northwest, with its old-growth redwood forests and lush climate, harbors a host of ancient animals. The tailed frog, the mountain beaver, the redwood trees themselves – these are species with primitive traits, known as “relicts.”

Trogloraptor too is a relict, a representative of a primitive spider lineage surviving in the Pacific Northwest, said Charles Griswold of the California Academy of Sciences and lead author of the study. 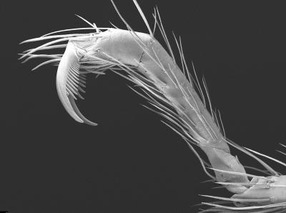 The spider was first brought to the attention of Griswold’s team by a group of citizen scientists from the Western Cave Conservancy. Tracy Audisio, a graduate student and study author, received the specimen from the group, but neither she nor Joel Ledford, a postdoctoral researcher at Griswold’s lab, could identify the critter. So they brought it to Griswold.

At first, Griswold thought it was a brown recluse spider, a poisonous, fearsome insect found in the U.S. Midwest and South.

“But I looked closely at the spider, and the details were wrong,” he said. “The claws were wrong, the eye pattern was wrong.” It was when he began inspecting the insect’s internal anatomy that he realized he had something special.

Spiders have what’s known as book lungs, paper-thin gills that have evolved to function inside their body. Trogloraptor was ordinary in this regard. But a spider’s breathing system also includes pipes called tracheae. The goblin spider, believed to be Trogloraptor’s closest living relative, has very specialized tracheae that form dense bunches of hundreds of tubes. Trogloraptor was different: it had only two, simple tracheae on each side. A very primitive feature, Griswold said.

For 18 months at the lab, Griswold’s team referred to Trogloraptor as the mystery spider. Files and folders are marked “mystery spider.” In fact, it wasn’t until about six months ago that it finally secured its own name.

Fifteen million years ago, the redwood forests in the Pacific Northwest extended much farther east than they do today – all the way to Nevada. But as the Sierra Nevada Mountains grew, the Great Basin became a rain shadow, and many of the forests, over time, disappeared. Griswold thinks the Trogloraptor may have transitioned to caves as these forests died out. This might explain why more of the spiders have been found in the area’s redwood forests.

“There are legends of big spiders in caves,” Griswold said. “It’s the stuff of legends, which is why we compare it to Sasquatch. But in this case, the legend has come true.”

Photo credit: The black-and-white photo above shows the Trogloraptor’s claws. Photo by California Academy of Sciences.