Without these ancient cells, you wouldn’t be here

And it’s a good thing they do. Without their ancestors, we wouldn’t be breathing, says Penny Chisholm, an oceanographer who sails the seas searching for the stuff.

Prochlorococcus is a phytoplankton, a tiny plant-like bacteria that is less than a micron wide and exists at the very bottom of the ocean’s food chain. Lay 100 of them end to end and they would be as wide as a human hair.

Chisholm estimates that Prochlorococcus is responsible for about 5 to 10% of the photosynthesis on Earth today. She traces its origins back 3.5 billion years to cells with mutations that resulted in the release of oxygen into the atmosphere.

“They split water, which is H2O, and that oxygen was released into the atmosphere…,” she said. “So if these cells hadn’t discovered, so to speak, photosynthesis, there wouldn’t be oxygen in our atmosphere, and we certainly never would have evolved.” 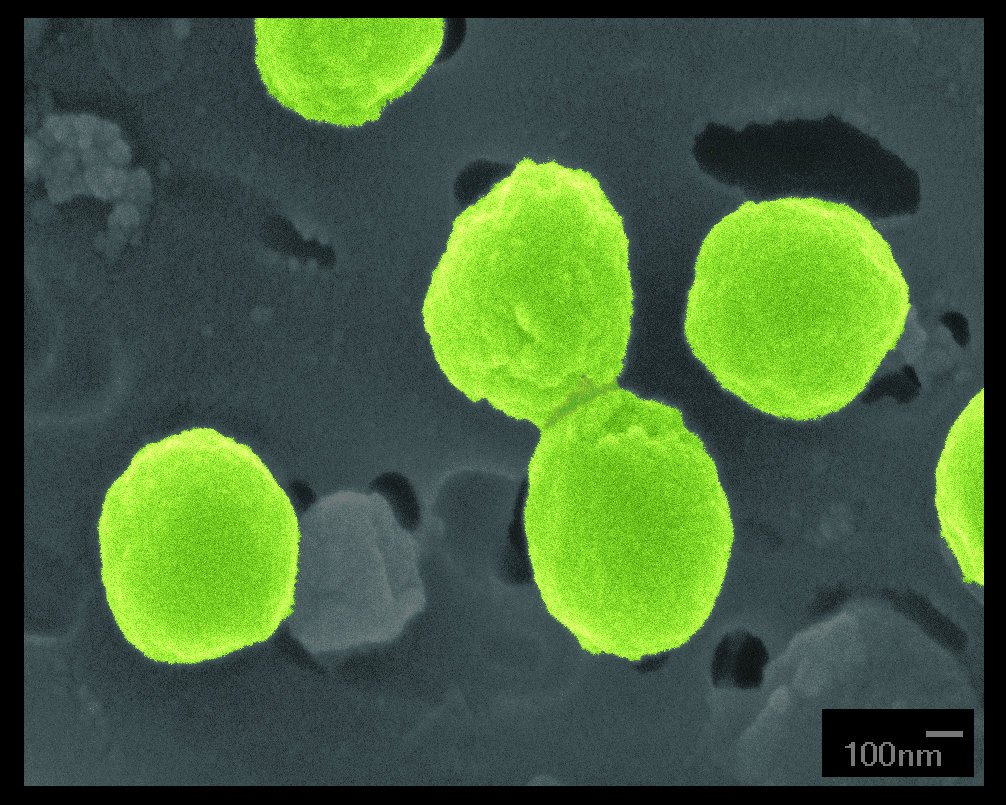 Prochlorococcus phytoplankton, this single-celled ocean-dwelling organism, forms the “invisible pasture of the sea” that may be responsible for life as we know it on Earth. Photo by Anne Thompson, Chisholm Lab, MIT

The bacteria are diverse. Recently, scientists have found that each strain of Prochlorococcus has 2,000 genes, Chisholm said, but the genes in each strain are significantly different. Extrapolate that, she said, and there are three times as many genes in the total Prochlorococcus population as there are in an individual human.

While they can live up to 650 feet below the surface of the ocean, they’re more delicate in the lab.

“It is a labor of love to work on the organism because it’s very difficult to grow,” Chisholm said. “It’s very finicky. It’s very sensitive to any kind of trace metal contamination. You have to acid wash all of your glassware, you have to collect seawater from the open ocean to grow it in the lab, and it only doubles about once every day,” she said. “You have to love it for all that it has to tell us about the oceans in order to dedicate your work to it.”

In a brightly lit room, vials of Prochlorococcus from all over the world — the Mediterranean Sea, the Arabian Sea, the Pacific Ocean, the Northern Atlantic — are kept at 73.4 degrees Fahrenheit. Unlike other microorganisms, they don’t grow well on a petri dish, so researchers try to replicate their natural environment. At the Chisholm lab at MIT, graduate students place green vials of Prochlorococcus in dark, temperature-consistent containers so the phytoplankton can “sleep” for a few hours. The samples from greater depths are kept on lower shelves, covered with a dark gray netting to mimic the filtered sunlight they would normally receive.

As a researcher, Chisholm calls Prochlorococcus “the gift that keeps on giving,” because each discovery leads to more questions. About five years ago, one of Chisholm’s graduate students was taking pictures of the phytoplankton using electron micrographs. They noticed something odd in the photograph. The bacteria were covered with tiny bubbles, about a tenth the diameter of the Prochlorococcus, which she started calling “blebs.” The blebs were all over the cells and floating around the water with the phytoplankton.

“That picture sort of lingered, and I was always just sort of fascinated by that, and I knew Prochlorococcus was trying to tell us something. I call it my muse,” she joked.

Finally, Steve Biller, a postdoctoral student, came up with an answer. The blebs, he concluded, were vesicles, little membrane-bound bubbles of DNA, RNA and lipids. He researched them in the open ocean, and found that there were more blebs than there were bacteria. By analyzing the bleb’s DNA, he learned that all different kinds of bacteria in the ocean were sending these vesicles into the water.

“Why would a cell that’s growing out in the middle of the ocean in very dilute seawater, where it’s struggling to make a living, why would it be shedding this material that it could be using to replicate itself?” she asked.

There are no answers yet, but she and Biller have a hypothesis. Even though there are billions of bacteria in the ocean, there are also billions of viruses, which prey upon organisms like Prochlorococcus. In her lab, researchers have seen the vesicles act like decoys for the phytoplankton. Viruses infect the blebs, not the Prochlorococcus, keeping the bacteria safe.

For all their contributions to life on Earth, few people know that Prochlorococcus exist or how important photosynthesis is on our planet.

To spread the word to all ages, Chisholm and writer/illustrator Molly Bang have written children’s books, “Living Sunlight: How Plants Bring Earth to Life” and “Ocean Sunlight: How Tiny Plants Feed the Seas.”

“We just keep following Prochlorococcus and keep studying what it presents in front of us, and the more we learn, the less we know,” she said. “Everybody who’s worked on it has fallen in love with it. My goal before I retire is to have Prochlorococcus be the model organism for microbial ecology and to have many, many different people adopt it and study it, because it is single-handedly, I think, one of the most important microorganisms on the planet and it deserves much more attention that it’s getting.”

This series is funded by a grant from the Gordon and Betty Moore Foundation.