Tourist photos trace the fall and rise of Swedish seabirds

Instead of throwing away those old vacation photos, consider saving them for science. Swedish ecologists collected nearly a century’s worth of tourist photos to trace the history of a single seabird, the common guillemot. Pulled from myriad sources, the photos tell a single tale of ecological hardship, caused by man-made destruction, but also of the guillemot’s renaissance.

The researchers behind this study relied on these amateur photos because, in general, the scientific record for many ecosystems is incomplete or incoherent. In many case, standardized methods for examining ecology didn’t exist until 30 or 40 years ago.

“Based on this experience, we encourage scientists to think ‘outside the box’ in order to generate data valuable for use in ecosystem-based management,” Jonas Hentati-Sundberg and Olof Olsson of Stockholm Resilience Centre write in their study. 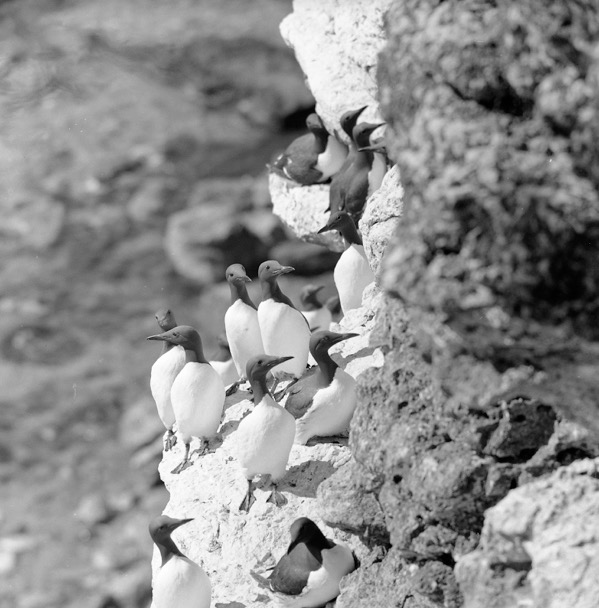 Common guillemots in the island of Stora Karlsö in 1960. Photo by Gösta Håkansson/Gotland museum collection/Hentati-Sundberg and Olsson, Current Biology, (2016).

The common guillemot is an Arctic, fish-eating seabird that dwells in subarctic portions of the Northern Hemisphere. In fact, two of every three common guillemot live on a single island in the Baltic Sea, Stora Karlsö. This island has a unique conservation story. In the late 1880s, Stora Karlsö was purchased by a private company to create a nature and hunting conservatory. But since the 1920s, the island has primarily served as a hotspot for nature tourism. 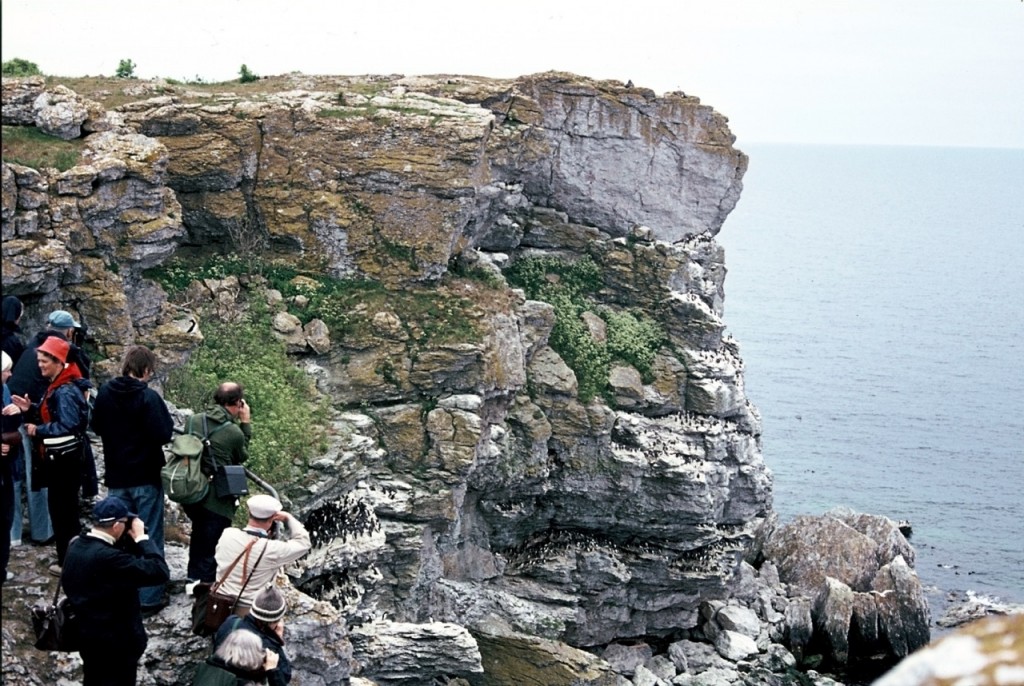 Tourist group looking at the common guillemot colony in island of Stora Karlsö in 1975. Photo by Lars-Erik Norbäck/Hentati-Sundberg and Olsson, Current Biology, (2016).

For the birds, these events meant their colonies would be largely unbothered by hunting, construction or other disruptive activities. For scientists, it meant a trove of amateur photos documenting the evolution of Stora Karlsö’s bird colonies.

To create an ecological scrapbook for the common guillemot, Hentati-Sundberg and Olsson dived into national and regional archives. They made requests to magazines and asked for submissions via a local radio station. In the end, the pair collected 113 amateur photographs, covering 37 individual years between 1918 and 2005. Next, they counted the number of breeding pairs within each photo to provide a rough estimate of the population size. 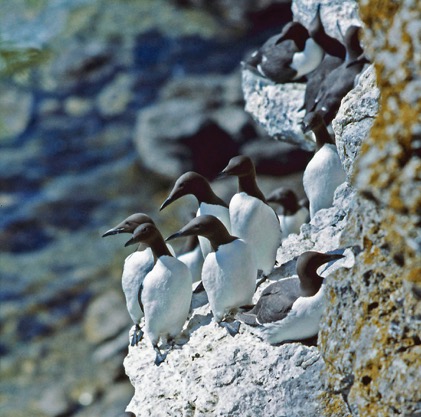 Common guillemots in the island of Stora Karlsö in 1960. Photo by Gösta Håkansson/Gotland museum collection/Hentati-Sundberg and Olsson, Current Biology, (2016).

The team expected numbers to be low early on, given that common guillemots were heavily poached for food and eggs until the late 1800s, and that’s what they found in the pictures. Photos from 1918 to the 1940s show the lowest number of breeding pairs. These numbers start to then steadily rise for 20 years, until the birds hit a bump in the road. Their population drops between the mid-1960s until mid-1980s — a time period that corresponds to the introduction of DDT pesticide and PCB coolant.

“It is reasonable to expect that contaminants had a role in the decline,” Hentati-Sundberg said in a statement. “It has not been known previously that seabird populations were affected by the contaminants.”

Atlantic salmon fishing boomed during this time period, which may have hurt guillemot populations. The birds often get trapped in fishing nets.

But the story has a happy ending. The authors suspect that policies to curb environmental pollutants, hunting and driftnet fishing are responsible for the common guillemot’s rebound.

“We found that the population is currently increasing at an unprecedented rate of about 5 percent annually,” Jonas Hentati-Sundberg said. “This is interesting in that many common guillemot populations are decreasing worldwide.”

The authors findings, along with a list of the contributing photographers, were published today in the journal Current Biology.