Tropical forests now emit more carbon than they soak up

Tropical forests aren’t the carbon sponges they once were.

In a role reversal, today’s jungles lose more carbon to the atmosphere each year than they soak up, according to a study published Thursday in Science. The carbon released by these forested areas amounts to 425 million metric tons per year, which is more than all the emissions from U.S. cars and trucks combined.

But, the researchers said there is still time to reverse these trends.

Tropical forests were known for soaking up excess carbon dioxide from the atmosphere. The bigger the forest, the more it can hold, but every sponge has a limit…

“We actually have a lot of room to improve this,” said Alessandro Baccini, a forest ecologist at the Woods Hole Research Center, who co-led study. “The old story of ‘planting trees and stop chopping them down’ is exactly what needs to happen long term.”

For this study, Baccini and his fellow forest ecologist Wayne Walker strapped on their backpacks, laced up their hiking boots and trudged through forests in 22 countries across three continents. They were on a mission to measure the dry weight, or biomass, of the world’s tropical forests. 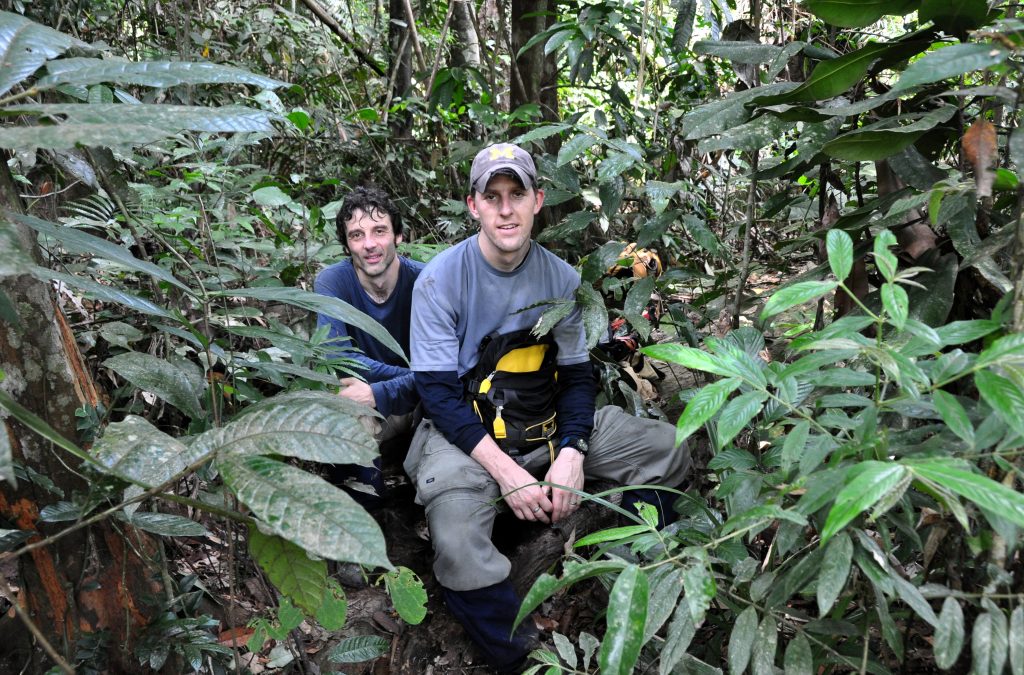 Alessandro Baccini and Wayne Walker during a forest measurement campaign in Vietnam. Photo by Juliana Splendore

Biomass, as it turns out, is directly related to forests’ ability to absorb carbon, reduce global warming and prevent climate change. Unlike cars, which are a one-way source of carbon to the atmosphere, plants both absorb carbon and release it.

Tropical forests were known for soaking up excess carbon dioxide from the atmosphere. The bigger the forest, the more it can hold, but every sponge has a limit as to how much it can store. Plus, thinning forests begin to release carbon into the atmosphere, as the fallen and dead trees decompose.

Tromping deep into thick forests on tough terrain, the team collected tree height and diameter data and used it to calculate biomass. Unlike past studies that examined single factors like deforestation, the researchers wanted to estimate harder-to-measure changes, such as small-scale tree loss through drought or rising temperatures. These changes lead to thinner forests with more dead trees.

They developed a new approach that matched their biomass measurements on the ground with satellite imagery of the same location. Dead trees or a cleared field reflects and absorbs light differently than a living forest. So ultimately, they could build a statistical model that estimated the carbon loss of the entire tropical forests in South America, Africa and Asia.

The team found that the shrinking forests emit more carbon than they capture, reversing their longstanding role as carbon “sinks.” According to Baccini, the small-scale tree loss added up quickly, amounting to almost 70 percent of the carbon loss for the entire tropics.

“That’s obviously a problem, but it also presents us with a big opportunity,” Walker said. Maintaining and restoring forests is straightforward and less formidable than tackling other drivers of climate change like fossil fuel use, he said. 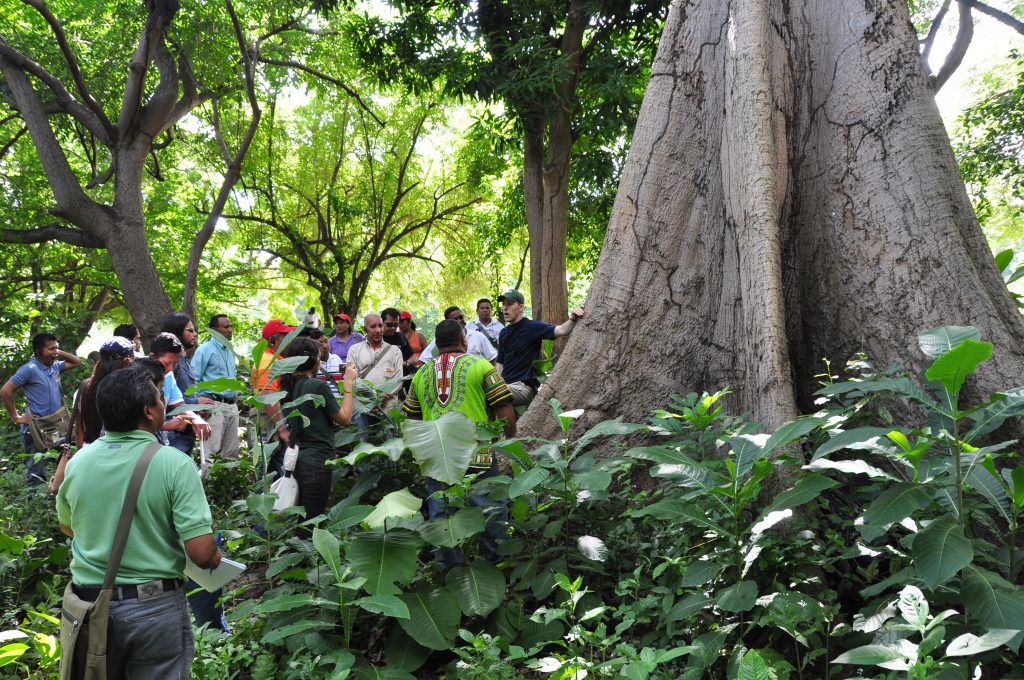 Wayne Walker speaking to a group of indigenous leaders and community members during a training workshop in Venezuela. Photo courtesy of Wayne Walker

The study’s ability to map carbon sequestering hotspots could help policymakers focus resources on protecting areas that are most effective, said Nancy Harris, a forest resource manager at the World Resources Institute who wasn’t involved in the study.

“Forests are basically the only technology we have at the moment to remove carbon from the atmosphere,” Harris said. “We need to be taking advantage of that technology.”

Harris, Baccini and Walker assert that protecting these tropical forests is essential to meeting the Paris agreement goals. Doing so could tip the scale and begin to stabilize the amount of carbon in the atmosphere.

Left: A thinning forest in Bolivia. Photo by Wayne Walker