Trump’s order on energy promises coal jobs and a clean environment. What does that look like?

On Tuesday, President Donald Trump made good on his campaign promise to roll back clean energy regulations with an executive order that aims to boost energy independence and the economy.

It was also, in part, an effort to revive the coal industry, he said.

“Over the past two years, I’ve spent time with the miners all over America. They told me about the efforts to shut down their mines, their communities and their very way of life,” Trump said at a signing ceremony, hosted at the Environmental Protection Agency headquarters in Washington, D.C. “I made this promise. We will put our miners back to work.”

Many provisions in the order target fossil fuel regulations created during the last administration, most notably those in the Clean Power Plan, but some aim to rescind pre-Obama measures as well. Trump said the order will bolster fossil fuel production, namely oil, natural gas, clean coal and shale energy.

Yet at the same time, Trump and other members of his administration promised a future with clean air and clean water under the new order.

Can Trump’s executive order deliver on coal jobs and a clean environment?

Let’s look at some numbers:

Starting in late 2013, President Obama and the Environmental Protection Agency moved to curb carbon emissions from existing and future power plants with a set of new standards under section 111 of the Clean Air Act. This section, instituted in 1970, had called for controlling air pollution from stationary sources. Obama’s tweaks, otherwise known as the Clean Power Plan, aimed to expand these pollution regulations to include carbon emissions. The endgame: Reduce greenhouse gas emissions from U.S. power plants so they’re 32 percent lower in 2030 than they were in 2005.

The Clean Power Plan isn’t the sole policy under review. The executive order calls on all agencies to pinpoint any policies that “burden the safe, efficient development of domestic energy resources.” The order calls for a review of regulations related to oil and gas production as well as methane pollution.

The executive order removes a 2016 moratorium on leasing federal lands for coal production, which Obama established “as part of a broad environmental and economic review to ensure royalties from lease deals provide fair returns to taxpayers,” according to Reuters. The Bureau of Land Management, a subagency of the Department of Interior, is responsible for issuing leases for fossil fuel development.

“Our nation can’t run on pixie dust and hope, and the last eight years showed that,” Interior secretary Ryan Zinke said Tuesday as Trump signed the executive order. “It’s better to produce energy here under reasonable regulation than watch it get produced overseas with none.” 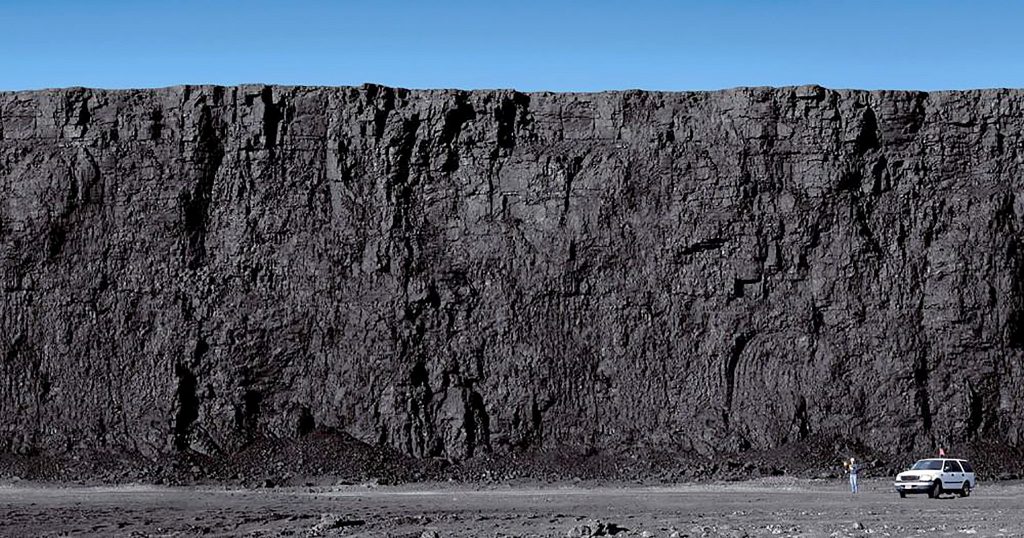 In 2015, a dozen federal agencies accepted the economic cost of producing one tonne of carbon to be $36. This social cost of carbon has been used to set nearly 80 regulations on energy and transportation. 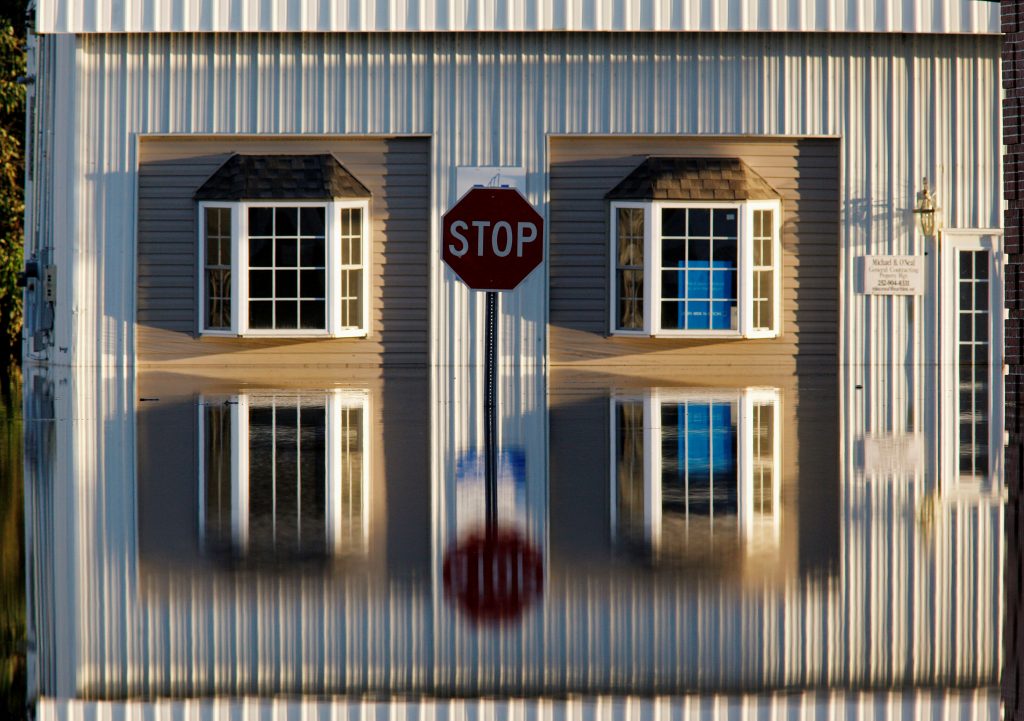 A building and street signs are reflected in flood waters as the Tar River rises to dangerous levels in the aftermath of Hurricane Matthew, in Tarboro, North Carolina. Photo by Jonathan Drake/REUTERS

Editor’s note: We updated this story to clarify that the energy independence executive order calls for the rescission of an executive direction under the National Environmental Policy Act, and not the whole bill.