The deadliest strains of viruses often take care of themselves — they flare up and then die out. This is because they are so good at destroying cells and causing illness that they ultimately kill their host before they have time to spread.

But a chicken virus that represents one of the deadliest germs in history breaks from this conventional wisdom, thanks to an inadvertent effect from a vaccine. Chickens vaccinated against Marek’s disease rarely get sick. But the vaccine does not prevent them from spreading Marek’s to unvaccinated birds.

In fact, rather than stop fowl from spreading the virus, the vaccine allows the disease to spread faster and longer than it normally would, a new study finds. The scientists now believe that this vaccine has helped this chicken virus become uniquely virulent. (Note: it only harms fowl). The study was published on Monday in the journal PLOS Biology.

This is the first time that this virus-boosting phenomenon, known as the imperfect vaccine hypothesis, has been observed experimentally.

The reason this is a problem for Marek’s disease is because the vaccine is “leaky.” A leaky vaccine is one that keeps a microbe from doing serious harm to its host, but doesn’t stop the disease from replicating and spreading to another individual. On the other hand, a “perfect” vaccine is one that sets up lifelong immunity that never wanes and blocks both infection and transmission.

It’s important to note childhood vaccines for polio, measles, mumps, rubella and smallpox aren’t leaky; they are considered “perfect” vaccines. As such, they are in no way in danger of falling prey to this phenomenon.

But the results do raise the questions for some human vaccines that are leaky – such as malaria, and other agricultural vaccines, such as the one being used against avian influenza, or bird flu.

Marek’s disease has plagued the chicken industry, it causes $2 billion in losses annually for fowl farmers across the globe. The virus attacks the brain, spawns tumors in the birds and comes in different varieties or “strains”, which are classified as “hot” or “cold” based on their brutality.

Andrew Read, who co-led the study, had heard about the severe effects of the hottest Marek’s strains before his lab started studying the disease about a decade ago, but even he was surprised when he finally saw the virus in action.

“With the hottest strains, every unvaccinated bird dies within 10 days. There is no human virus that is that hot. Ebola, for example, doesn’t kill everything in 10 days,” said Read, who is an evolutionary biologist at Penn State University. 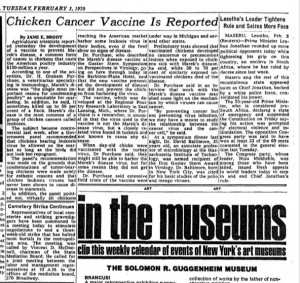 In recent years, experts have wondered if leaky vaccines were to blame for the emergence of these hot strains. The 1970s introduction of the Marek’s disease immunizations for baby chicks kept the poultry industry from collapse, but people soon learned that vaccinated birds were catching “the bug” without subsequently dying. Then, over the last half century, symptoms for Marek’s worsened. Paralysis was more permanent; brains more quickly turned to mush.

“People suspected the vaccine, but the problem was that it was never shown before experimentally,” said virologist Klaus Osterrieder of the Free University of Berlin, who wasn’t involved in the study. “The field has talked about these types of experiments for a very long time, and I’m really glad to see the work finally done.”

Read’s group started their investigation by exposing vaccinated and unvaccinated Rhode Island Red chickens to one of five Marek’s disease strains that ranged from hot to cold. The hottest strains killed every unvaccinated bird within 10 days, and the team noticed that barely any virus was shed from the feathers of the chickens during that time. (The virus spreads via contaminated dust in chicken coops). In contrast, vaccination extended the lifespan of birds exposed to the hottest strains, with 80 percent living longer than two months. But the vaccinated chickens were transmitting the virus, shedding 10,000 times more virus than an unvaccinated bird.

“Previously, a hot strain was so nasty, it wiped itself out. Now, you keep its host alive with a vaccine, then it can transmit and spread in the world,” Read said. “So it’s got an evolutionary future, which it didn’t have before.”

But does this evolutionary future breed more dangerous viruses? 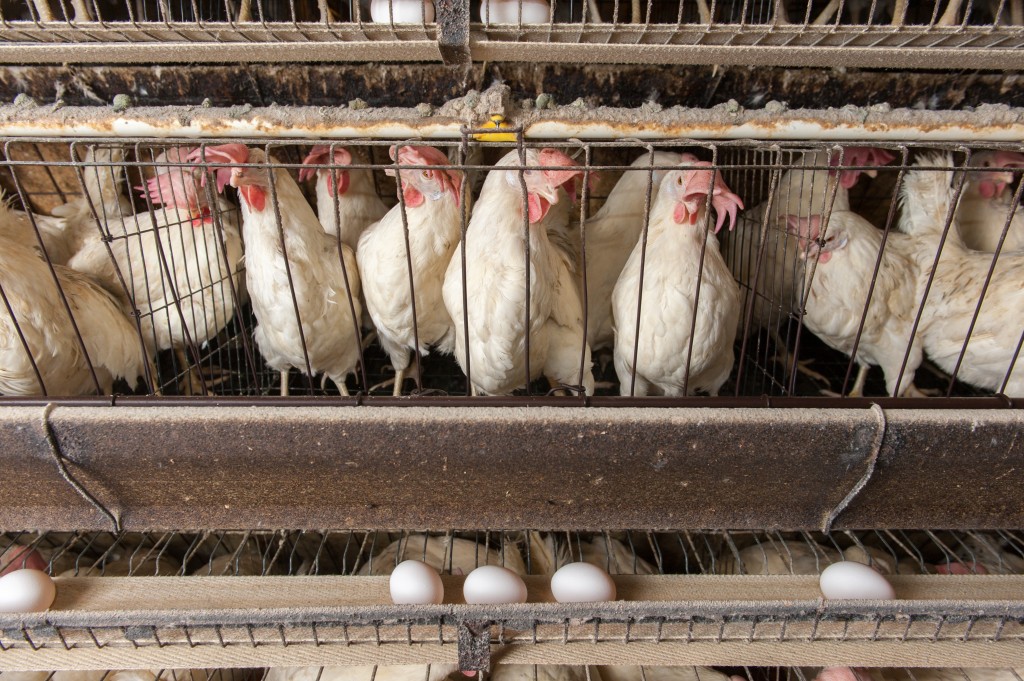 This study argues yes. In a second experiment, unvaccinated and vaccinated chickens were infected with one of the five Marek’s disease strains, and then put into a second arena with a second set of unimmunized birds, known as sentinels. In particular, the team was interested in a middle-of-the-road strain called “595” and whether it would become hotter.

“One way to look at that experiment is that shows vaccinating birds kills unvaccinated birds. The vaccination of one group of birds leads to the transmission of a virus so hot that it kills the other birds, said Read said. “If you vaccinate the mothers, the same thing happens. The offspring are protected by the maternal antibodies of the mother and that allows the virus in the chicks to transmit before they kill the host. So they transmit and kill the other individuals.”

This trend persisted when the team tried the experiment in a setting meant to simulate a commercial chicken farm.

“At the moment, the vaccines are working well enough, and you can vaccinate every bird,” Read said. “There are 20 billion birds on the planet at any time; the vast majority are Marek’s vaccinated.”

However, both Read and Osterrieder worry about what might happen if Marek’s continues to change or if its vaccines were to fail.

“If the virus continues to evolve, then it could be pretty devastating for the chicken industry, which is suffering quite a bit right now in the U.S. with the influenza virus,” Osterrieder said.

Like Marek’s vaccines, vaccines for avian influenza are leaky. For this reason, they’re banned from agricultural use in the U.S. and Europe. When bird flu breaks out in these western chicken populations, farmers must cull their herds. However, Southeast Asia uses these leaky vaccines, raising the possibility for virus evolution akin to what’s happened with Marek’s disease.

“In those situations, they’re creating the conditions where super hot avian influenza could emerge,” Read said. “Then the issues become what does that mean when it spills over into other flocks, into wildlife or into humans. Avian flu is the setting to watch for evolutionary problems down the line.”

Bird flu isn’t alone. The world’s first vaccine for malaria, which was recently approved by European Medicines Agency, is also leaky. Vaccines for HPV and whooping cough can leak too; however it is unknown if this scenario creates more dangerous viruses for each of these diseases.

“Our concern here, primarily and foremost, is whether this is going to happen with any of the vaccines that we give to people,” said molecular biology James Bull of the University of Texas Austin, who specializes in the evolution of viruses and bacteria. “But there is a lot we don’t know about how the scenario with Marek’s could apply to newer human vaccines.”

To test the imperfect vaccine hypothesis in humans, you would need monitor the vaccine response for either a large or isolated population for a long time. Doing this would allow a researcher to gauge how the vaccine interacts with the virus and if that relationship is evolving. Does the vaccine merely reduce symptoms, or does it also keep patients from getting infected and transmitting the virus?

Clinical trials for Ebola might be an arena for keeping an eye on this trend.

“It’s important that we pay close attention to the Ebola vaccine in the ongoing trials. We want to know if a person who has been vaccinated and comes in contact with Ebola, whether there is any virus replication in that person and whether that means there could be onward transmission,” Read said. “If those are leaky in humans, it would be potentially very disadvantageous as it could help establish an endemic.”

However, in the end, Read said, leakiness isn’t a strike against these vaccines, but more motivation to conduct surveillance of their effects after they exit clinical trials and enter the broader population. Take Marek’s disease for example.

“Even if this evolution happens, you don’t want to be an unvaccinated chicken,” Read said. “Food chain security and everything rests on vaccines. They are the most successful and cheapest public health interventions that we’ve ever had. We just need to consider the evolutionary consequences of these ones with leaky transmission.”