The days of huge ocean fireballs seem long gone for Elon Musk and SpaceX. Early Friday morning, the CEO and his aeronautics firm celebrated the landing of a reusable Falcon 9 rocket on an ocean barge for the second time in less than a month.

Today’s achievement, however, surpasses the technical difficulty of the first feat by leaps and bounds, bringing the company’s ultimate prospects of Mars mission closer to fruition.

At 1:21 am ET, SpaceX’s Falcon 9 propelled a Japanese telecommunications satellite — JCSAT-14 — from Florida’s Cape Canaveral into Earth’s orbit. Together, they hurtled into suborbital space, where the first-stage rocket split from the spacecraft and plummeted toward the droneship. The second stage switched on, successfully pushing the satellite into a geostationary transfer orbit — 22,000 miles above Earth.

This lengthy distance is what complicated the primary rocket’s return. Today’s first stage had to burn more fuel compared to the rocket used during the April 8 launch, when SpaceX stuck the droneship landing. Even Musk voiced his doubts before the mission.

Rocket reentry is a lot faster and hotter than last time, so odds of making it are maybe even, but we should learn a lot either way

As a result, the primary rocket flew higher (124 miles in altitude), traveled faster and was subsequently subjected to hotter temperatures during reentry. Even after igniting its reentry boosters to slow the descent, today’s Falcon 9 rocket continued dropping twice as fast as the April 8 mission.

“Energy is the square of velocity, so four times as much energy is being imparted on the stage,” said SpaceX mechanical design engineer John Federspiel during a webcast of the launch. “And eight times as much heating, which is why we said before that this is going to be very difficult mission, and we’re not expecting a successful attempt this time around.”

Two additional reentry burns were needed to park the 229-foot-tall booster safely aboard the droneship named “Of Course I Still Love You.” 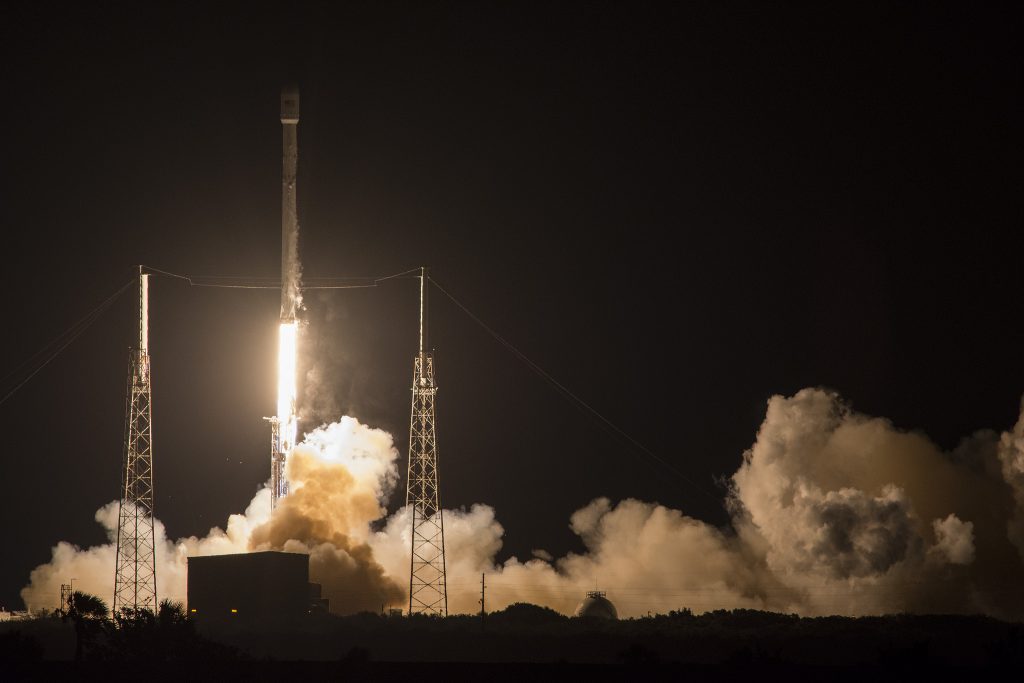 SpaceX launches JCSAT-14 satellite onboard a Falcon 9 rock on May 16, 2016. Photo by SpaceX/via Flickr

The touchdown marks the sixth time that SpaceX has attempted a droneship landing in the last year. Two triumphs in a row raises their “batting average” to 33 percent, which isn’t too shabby considering that each Falcon 9 rocket costs $62 million.

If SpaceX can refuel and relaunch these rockets, the price of spaceflight might drop precipitously. Rocket fuel represents 0.3 percent — $200,000 — of the cost of these missions, according to Musk. The reusable rocket from April 8 is scheduled to launch later this year, as part of SpaceX preparation to reach Mars by 2018.

Left: SpaceX's reusable Falcon 9 rocket lands on a droneship on May 6, 2016. Image by SpaceX