UNESCO wants to expand its list of Word Heritage Sites to include ecosystems within the depths of the open ocean, which would enjoy special recognition and protection like the Grand Canyon National Park in the U.S. or the Galapagos Islands in Ecuador.

The U.N. cultural agency released a report this week that identified five underwater locations it deemed worthy of recognition as a World Heritage Site. UNESCO said all five sites, including the White Shark Cafe, a notable habitat for great white sharks in the Pacific Ocean, are at risk from threats including climate change, deep sea mining and overfishing.

“Some of these places are not even powered by the light of the sun, like everything else on Earth, but by heat and energy emerging from the Earth and the ocean ridges, that has created some of the most exceptional ecosystems and species – most still unknown to science,” said Mechtild Rössler, director of UNESCO’s World Heritage Center, in the report. 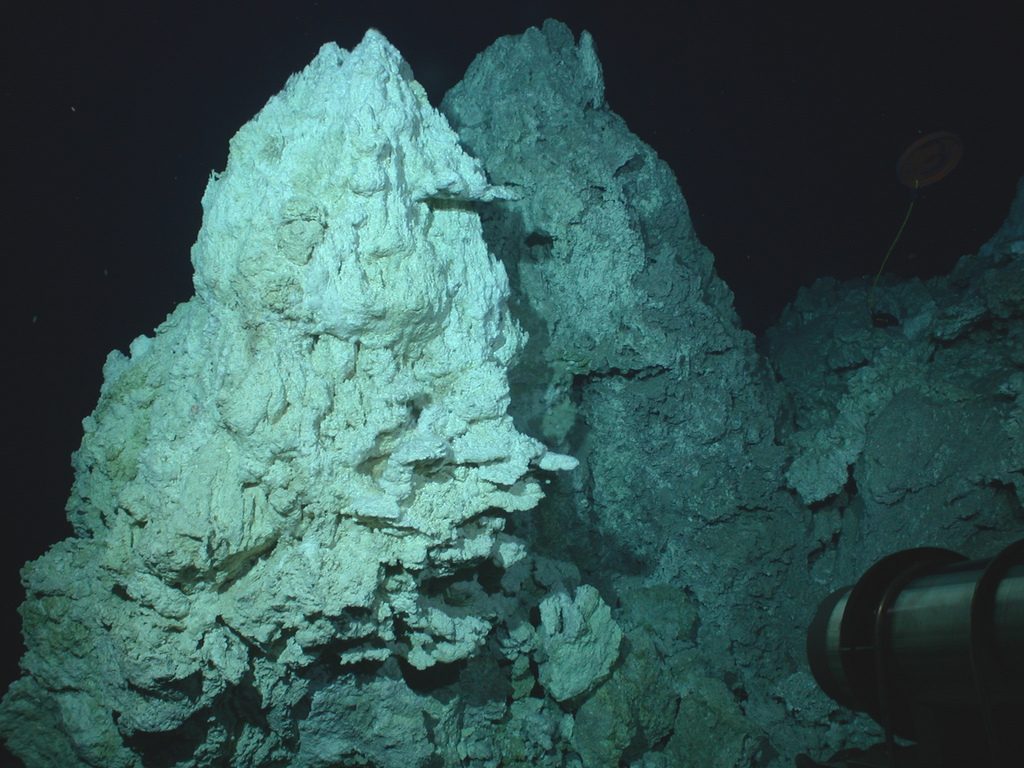 One of four pinnacles that form the summit of the 200-foot tall carbonate chimney called Poseidon in the Lost City Hydrothermal Field. Photo by NOAA

Other sites include: the Costa Rica Thermal Dome in the Pacific Ocean, described as a “unique ocean oasis” and “critical habitat” to several endangered species; the Sargasso Sea, known as the “Golden Floating Rainforest of the Ocean” located in the Atlantic Ocean; the Lost City Hydrothermal Field, also found in the Atlantic Ocean, is up to 800 meters deep and home to imposing white spires; and the Atlantis Bank, a sunken fossil island in the Indian Ocean.

Besides being submerged, these sites differ from ones like the Grand Canyon because they fall under no national jurisdiction. Under UNESCO’s current rules, only countries can propose sites for special protection, but, as Rossler said in the report, nearly two-thirds of the ocean exist beyond national boundaries.

Changes must be made to the agency’s approval process for these places to receive protection under the World Heritage Convention, the agency said in a news release, announcing the new campaign.