Using Ecstasy to treat PTSD: ‘I felt like my soul snapped back into place’

In nearly a decade trying to recover from post-traumatic stress disorder caused by childhood abuse, Jessi Appleton compiled a medical chart that reads like a Chinese restaurant menu. Biofeedback. Neurofeedback. Anti-depressants. Anti-anxiety medication. She tried a popular treatment called Eye Movement Desensitization and Reprocessing (EMDR), where she spent hours letting her gaze follow a therapist’s hand as it moved through carefully prescribed patterns. She tried another gaze-based therapy, called brainspotting.

“EMDR helped the most, but I was hitting a wall,” says Appleton. “I was suicidal. I was like this ghost sort of thing, walking through life. And I felt like nothing was going to change.”

Then she tried a new experimental treatment: therapy under the influence of MDMA, better known as Ecstasy. Her therapist suggested she sign up to be part of a pilot study. After three sessions, she said, “I felt like my soul snapped back into place.”

Appleton, 32, was treated in Boulder, Colorado, in a study arranged and funded by the Multidisciplinary Association for Psychedelic Studies (MAPS), an organization that has long pursued a strategy of supporting rigorous scientific research into otherwise illegal drugs. 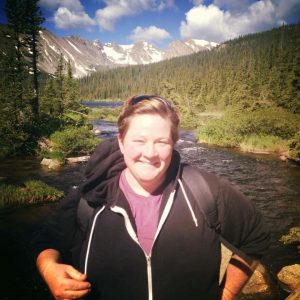 On Tuesday, the Food and Drug Administration (FDA) gave the treatment an important boost, when agency officials met with officials from MAPS to start clearing the way for one or more large-scale research studies. According to Rick Doblin, MAPS’ founder and executive director, officials with the FDA’s Division of Psychiatry Products will not require additional studies prior to launching a Phase 3 trial, a critical round of testing that determines whether a medical treatment can be approved for widespread use.

“It was a very collaborative discussion, in light of the need to develop new treatments for PTSD for veterans and others,” Doblin says. “They recognize that this is a novel treatment, combining psychotherapy and pharmacotherapy, and there’s nothing else like it right now.”

The FDA says that federal law and internal regulations prohibit the agency from commenting on studies about pending applications or drugs still in development.

“PTSD is always distracting you from facing your problems, because it’s terrifying. On the MDMA, you’re finally able to face the stuff that you’ve been pushing down for so many years.”

Details will be worked out over the next several months, but Doblin says that Phase 3 is likely to include at least 230 patients treated at roughly a dozen sites around the country.

Doblin and Appleton’s lead therapist, psychotherapist Marcela Ot’alora, say the therapy component is crucial. After a handful of preparatory meetings, the patient takes the drug under the watchful eyes of a two-person treatment team — almost always a man and a woman. Across studies, the dosage varies, but it is typically between 75 and 125mg, enough to trigger a strong experience. Like others, Appleton wore eyeshades and spent several hours lying back on a small couch, mostly in silence.

Ot’alora says her role is mostly supportive. Echoing Appleton’s description, she says the drug seems to help patients let go of their inner critic, or inner demons. “That part of you becomes a witness, saying, ‘This is what’s happening to you, this is what happened to you and this is how it felt.’ It’s very matter of fact.”

PTSD has garnered attention as a problem that plagues returning war veterans, but the majority of those with the disorder are civilians. The National Center for PTSD says that nearly one in 15 Americans, including one in 10 women, will be afflicted at some point in their life. PTSD can be triggered by a single, terrifying incident or by repeated abuse. In effect, the brain and body get stuck in a loop of overreaction to normal stimuli; symptoms may include nightmares, panic attacks and avoidance of normal situations or interactions that remind the patient of their initial trauma.

“It comes out of the fundamental terror part of the brain,” says Dr. Bessel van der Kolk, a psychiatrist and trauma researcher in Boston. “It doesn’t allow you to focus on anything new, because you’re preoccupied with the past threat.” To break the cycle, van der Kolk says, a patient needs to get beyond the ongoing sense of visceral terror. For some patients, talking about the trauma, even thinking about it, is too much.

That’s where MDMA seems to come in. “What we see in the sessions is that it seems to kind of bring people down from being overwhelmed by emotions,” says Dr. Michael Mithoefer, a psychotherapist who led the first MAPS-funded studies using drug-assisted therapy for PTSD. “At the same time, it also kind of brings them up from being numb or disconnected from those emotions.”

That’s how Appleton describes it, too. “PTSD is always distracting you from facing your problems, because it’s terrifying. On the MDMA, you’re finally able to face the stuff that you’ve been pushing down for so many years.”

A variation of an amphetamine molecule, MDMA was initially synthesized in 1912 and promptly forgotten. It was resynthesized in the 1970s by the iconoclastic chemist Alexander Shulgin, who shared it with friends who were psychotherapists and who tested the drug informally, in their practices. 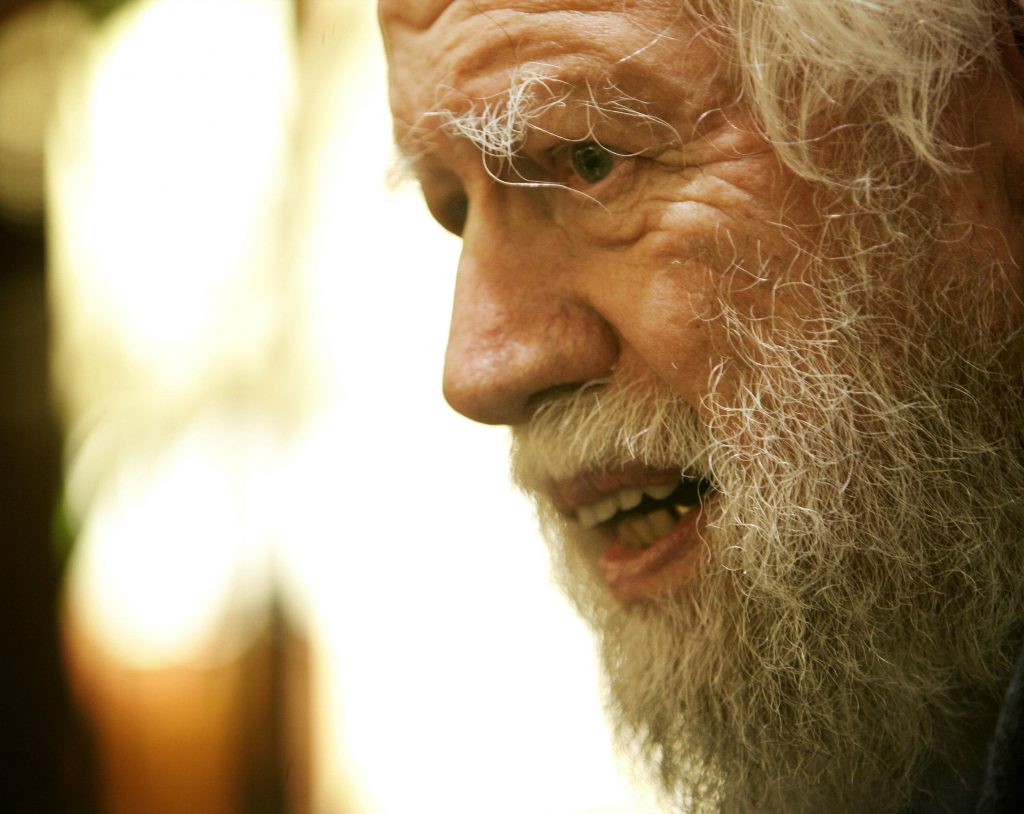 Alexander Shulgin, pharmacologist and chemist who synthesized MDMA in the 70s, is interviewed in Cambridge, Massachusetts December 1, 2005. Photo by Brian Snyder/Reuters

But it wasn’t just doctors who were struck by the drug. Christened “Adam” and later “Ecstasy,” MDMA became wildly popular on the black market. Early on, there were casualties, even a handful of deaths. Typically, hospitalizations resulted from overheating in people who took the drug and danced for hours, or, paradoxically, who essentially overdosed on water while trying to stay hydrated.

A backlash followed. In 1985, the Drug Enforcement Administration (DEA) listed MDMA as a so-called Schedule 1 substance, a category reserved for substances with a “high potential for abuse” and “no currently accepted medical use.” The DEA’s move overruled the recommendation of the agency’s own administrative judge, who had urged that the drug be placed in a less restrictive category, to encourage more research.

In the largest study to be published, more than 80 percent of participants were significantly better at their long-term follow-up – as many as six years after the last treatment session.

The resurgence of scientific interest began in 2004, when Mithoefer won permission to launch his first pilot study. Since then, more than 100 patients have been treated in a series of trials in the U.S., Switzerland and Israel. In the largest to be published, more than 80 percent of participants were significantly better at their long-term follow-up – as many as six years after the last treatment session. Prior to receiving MDMA, all had moderate or severe symptoms and weren’t helped by conventional care. In the controlled setting of a therapist’s office, there have been no significant bad reactions.

Despite that safety record, many participants say they were initially wary of taking part. “I was nervous,” says Appleton, who says that prior to the study she had never tried MDMA. “Lots of my family were like, ‘You’re going to be a drug addict.’”

Removing a drug from Schedule 1 is rare but not unheard of. Marinol, a drug extracted from the marijuana plant, was approved in 1985 as a medication for severe nausea. In 2002, a variation of GHB, the so-called date rape drug, was approved as a treatment for narcolepsy.

Beyond the taboos lie other hurdles to testing the treatment on a bigger scale. The proposed Phase 3 study will require dozens of therapists to learn a new approach. That challenge is doubled by the fact that they will work in pairs. What’s more, the approach, with its long stretches of quiet — can be unsettling to newcomers.

“I was skeptical at first,” says Monnica Williams, a professor of psychology at the University of Connecticut, who attended a training session this summer in Charleston, South Carolina, for therapists interested in working on the Phase 3 trial. “But seeing videotapes of all the patients who seemed to get so much better, I was converted.”

In some ways, Williams personifies the challenge of translating a treatment that’s effective in small studies to a broader population. Prior to training, she knew little of MDMA’s history as a medicine. She’s also African-American, unlike the therapists who ran the initial studies and all the patients who signed up for them.

“I was contacted by someone at MAPS who had noticed they don’t have much diversity in their study sample. They wanted to talk about how to reach minority communities, and to make sure the work is generalizable,” Williams says. It won’t be easy, but she says the need for better treatments is huge, and she wants to help.

“When people call asking for PTSD treatment, half don’t show up to the first visit,” Williams says. “It’s hard to talk about. If we can find a way to make treatment less awful and more humane, I’m all for it.”

MDMA-assisted therapy is neither easy nor fun, Appleton said. “The first session, you’re still terrified. The second session, I think I was still holding back,” she says. “The third session, I knew what to expect, and that was the big one.”

Since finishing the treatment just over a year ago, Appleton says she’s continued to improve. She’s enjoying life with her 7-year-old son, and working on a memoir about her experience.

“Everyone says, ‘you look better, you’re not slouched over,’” says Appleton. “I used to always make myself so small. I’m still myself, but it’s different. It feels great.”