Vera Rubin, who spotted the first evidence of dark matter, dies at 88

Vera Rubin, a pioneer astrophysicist who discovered the first evidence for dark matter, passed away Sunday night at the age of 88.

Born in Philadelphia on July 23, 1928, Rubin was drawn to watching the stars at an early age. Her passion would lead her to become the sole astronomy major in her graduating class at Vassar in 1948. After Princeton denied her admittance to graduate school due to her being a woman — a policy that stood until 1975 — Rubin pursued her advanced training at Cornell and then Georgetown, where she completed a Ph.D. thesis on galaxy clumping in 1954.

Her fascination with galaxies and their movements would lead to her groundbreaking discoveries at the Carnegie Institution’s Department of Terrestrial Magnetism in Washington, D.C. In the 1970s, Rubin and her colleague Kent Ford noticed spiral galaxies, namely objects furthest from the center, orbit faster than people had predicted.

Based on Newtonian physics, stars at the edge of galaxy should orbit slower than those near the galaxy core, but Rubin and Ford found the speeds matched between the two places in the Andromeda galaxy. 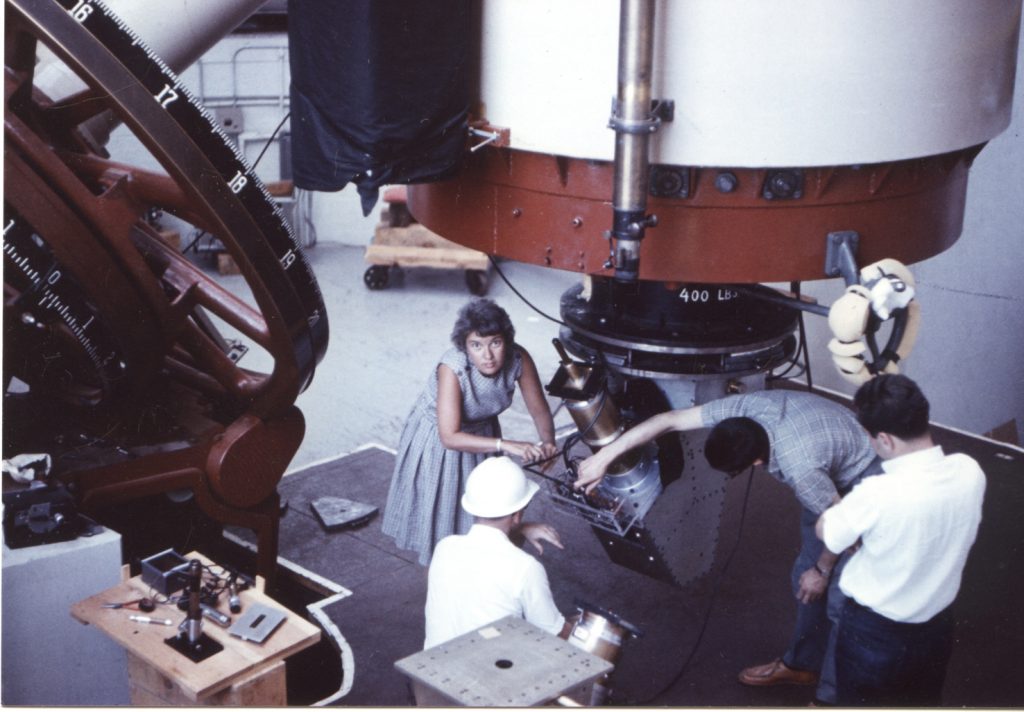 After observing this phenomenon in other galaxies, Rubin concluded that the gravity from an invisible mass — or dark matter — must alter the motions of these stars. Though the concept of dark matter had been proposed by Fritz Zwicky in 1933, Rubin and Ford’s work provided the first convincing evidence of its existence.

The research showed there is 10 times as much dark matter as visible material in a galaxy. Thanks to the discovery, physicists now know 90 percent of the universe is made of dark material.

“Vera Rubin was a national treasure as an accomplished astronomer and a wonderful role model for young scientists,” Carnegie president Matthew Scott said in a statement. “We are very saddened by this loss.”

As an ardent feminist, Rubin demanded for improved gender equality in science. She pushed for the renowned Palomar Observatory to admit women. (Rubin became its first female observer in 1965.) She also pushed for the pope to allow more women on his committee. (Pope John Paul II appointed her to the Pontifical Academy of Sciences in 1996.)

Though she earned several accolades in her 50-plus-year career — second female astronomer elected to the National Academy of Sciences and National Medal of Science in 1993 — many lamented her passing because it eliminates her contention for a Nobel Prize.

Very sad to hear of #VeraRubin's death. Every year, many of us in physics hoped this might finally be the year she got her Nobel Prize. Alas https://t.co/m6SnsCspOK

In October @RachelFeltman wrote about why Vera Rubin deserved the Nobel. Heartbreaking that the chance is now gone. https://t.co/4PeMeMYgyZ

Left: Dr. Vera Rubin, seen here with the Andromeda Galaxy, was the pioneer of studying the orbital rotations of galaxies. Her discovery of what is known as flat rotation curves is the most direct and robust evidence of dark matter. Portrait by Peter Ginter