Washington considers nation’s first carbon tax. Let these chickens give you the scoop

State lawmakers this week began discussing a measure that could make Washington the first state to tax residents and businesses on their carbon emissions.

You can watch the two-hour work session, or watch the below video, which explains everything you need to know about carbon pricing in three minutes.

More than 350,000 voters signed petitions for Initiative 732. Under state law, Washington’s legislators must either authorize the carbon tax themselves, or send it to a statewide vote in November. It would tax polluters $25 for every metric ton of CO2 they emit in Washington.

The goal is to reduce greenhouse gas emissions by encouraging spending on sustainable products and technology.

Roughly 20 countries worldwide have a carbon tax, according to the World Bank, but the carbon-pricing strategy has failed to win over federal lawmakers in the United States. Oregon lawmakers are now considering a bill to create a carbon market similar to California’s cap-and-trade system.

But it’s Washington’s proposal that is putting the state at the cutting edge of carbon-tax political action, according to Charles Komanoff, head of the Carbon Tax Center in New York.

“If the proposal goes through, it could become a template for other states and defuse concerns that are holding back a carbon tax at the federal level,” he said. 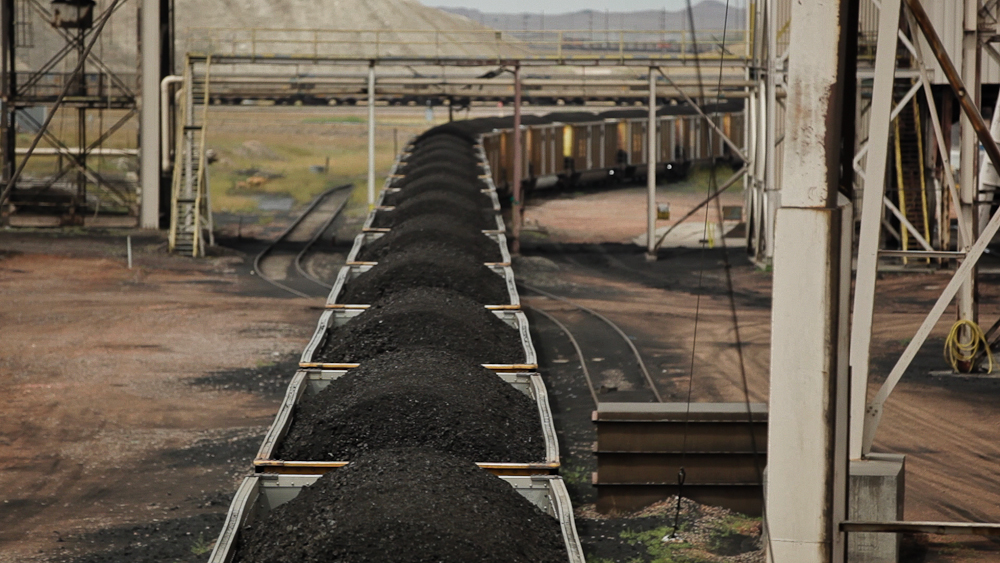 Train full of coal leaves a mine in Wyoming’s Powder River Basin, the nation’s largest coal-mining region. A proposed carbon tax in Washington state would tax residents and businesses $25 for every metric ton of CO2 they burn. Photo by Michael Werner/KCTS/EarthFix

The proposal, modeled after legislation in British Columbia, would tax companies and consumers on fossil fuels they burn in the state. The plan is “revenue neutral,” which means any revenue generated by the tax – $1.7 billion annually is the current estimate – would return to state residents through various tax cuts.

“Creating a carbon tax but lowering the sales tax, for example, will incentivize people to move in a more sustainable direction with their spending,” said Yoram Bauman, economist and founder of Carbon WA, a leading proponent of I-732.

A recent state analysis showed that the carbon tax may reduce overall tax revenue by $675 million.

A separate bill in the state Legislature, sponsored by Sen. Steve Hobbs, D-Lake Stevens, would create an $8-per-ton carbon tax, allocating revenue to environmental issues like stormwater pollution and fish passage, rather than to tax cuts.

Bauman said his I-732 would most noticeably raise prices on electricity, heating and gasoline. At the pump, regular gasoline would cost drivers an extra 25 cents per gallon under the $25-per-ton measure, according to Carbon Washington. Electricity generated by coal would increase by 2.5 cents per kilowatt hour. The price of other goods and services could increase as producers’ costs increase, Bauman said. 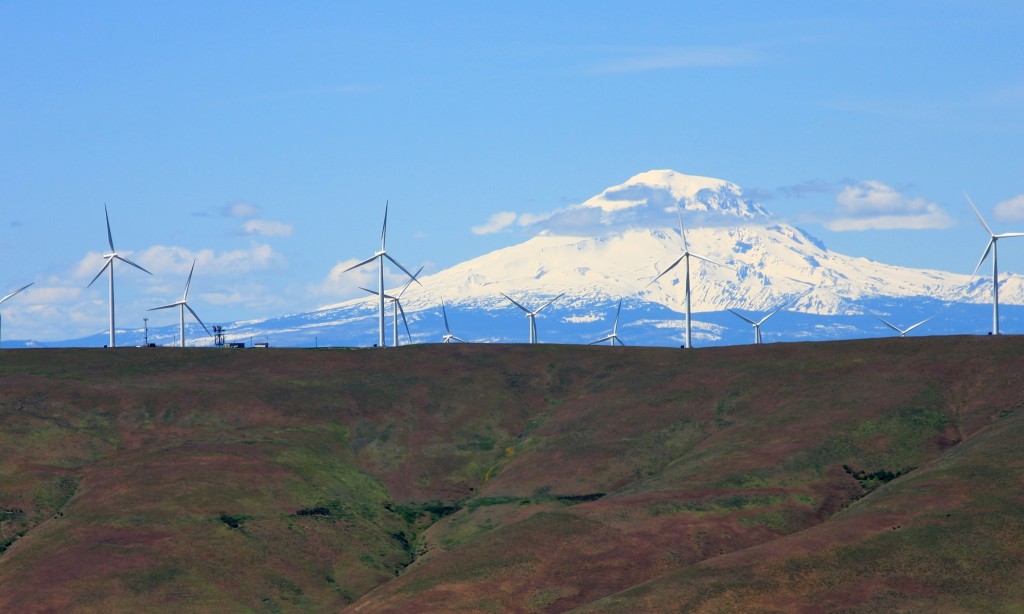 Putting a price on carbon could make emissions-free energy sources like these wind turbines in Oregon more competitive.
Photo by Amelia Templeton/OPB/EarthFix

Greenhouse gas emissions in British Columbia declined about 13 percent per capita during the province’s first five years with a $30-per-ton carbon tax, the Carbon Tax Center shows, in a study that excluded emissions from electricity. But some industries there have questioned the law’s effectiveness.

Linda Delli Santi, executive director of the British Columbia Greenhouse Growers’ Association, said her 5-acre greenhouse operation paid more than $50,000 in carbon taxes a year , which forced her to sell her business.

“We deliberately burn natural gas to feed the plants we grow,” Delli Santi said. “The carbon tax is supposed to encourage conservation, but there’s no way for us to conserve when there’s no affordable, clean technology to transition to.”

Greenhouse growers won tax rebates in 2012, and the British Columbia agriculture industry no longer gets taxed on fuels like diesel and propane.

British Columbia cement producers say they’ve lost a third of their market share to cement makers outside of the province due to increased production costs, according to the Cement Association of Canada.

Still, supporters say a revenue-neutral plan that charges for carbon emissions, but also cuts other taxes, will be more palatable for businesses than other carbon-pricing measures, like cap and trade.

California and several Northeastern states have put a price on carbon emissions. Their cap-and-trade systems set a cap on carbon emissions and force companies to buy permits if they don’t meet emissions limits. Supply and demand for permits determine the price of carbon.

Washington Gov. Jay Inslee, whose cap-and-trade plan failed in the state Legislature last year, this year is backing rules that would bypass lawmakers and cap carbon emissions for more than 40 companies statewide. The rules would require Washington’s most prolific greenhouse-gas emitters to gradually scale back carbon emissions to 70,000 metric tons per year in 2035 from more than 100,000 per year now. If companies don’t meet requirements, they’d have to buy carbon offsets.

A coalition of environmental and labor groups, the Alliance for Jobs and Clean Energy, which supported last year’s cap-and-trade proposal, announced last summer that it will pitch its own carbon-pricing plan, but it has yet to share details.

Over the next year, it’s possible that more than one carbon-pricing law could be enacted in Washington, but a carbon tax may face political challenges if another plan becomes law first, Bauman said.

“For some folks, the ‘kitchen sink’ approach to curbing carbon emissions is not terribly attractive,” he said.