I couldn’t sleep last night, because Scott Kelly came home. The NASA commander hopped into a metal pod smaller than a Volkswagon Beetle, before plummeting to Earth at speeds exceeding 500 miles per hour. He was joined by Russia’s Mikhail Kornienko and Sergey Volkov. For Kelly and Kornienko, the landing marked an end to a 340-day expedition in space. For me, the images of his return filled my mind with childhood wonder and straight up adult terror.

The two spent the last 12 months in space as part of a bold prequel to a journey to Mars. For humanity to one day voyage to the Red Planet, Kelly and Kornienko exposed themselves to loneliness and cosmic radiation typically deflected by our planet’s atmosphere. They floated through the International Space Station, as it hurtled against the pull of Earth’s gravity at 17,500 mph. In the end, they traveled nearly 144 million miles and witnessed 10,944 sunrises. During the last month of his year in space, the New Jersey-born Kelly reflected on the value of spending a year inside the International Space Station:

Though their voyage has ended, the mission for Kelly and Kornienko is far from complete. Both are participants in the “one-year mission” study, a seven-branch investigation into the health consequences of long-duration spaceflight.

While orbiting the planet, Kelly and Kornienko doubled as guinea pigs. Up to seven times a day, they took psychological surveys to check for myriad conditions like space fog, wherein the disruption of sleep patterns and physical rigors of space station life wear on the mind. Other tests checks for changes in their vision, given some astronauts become farsighted during long space trips. 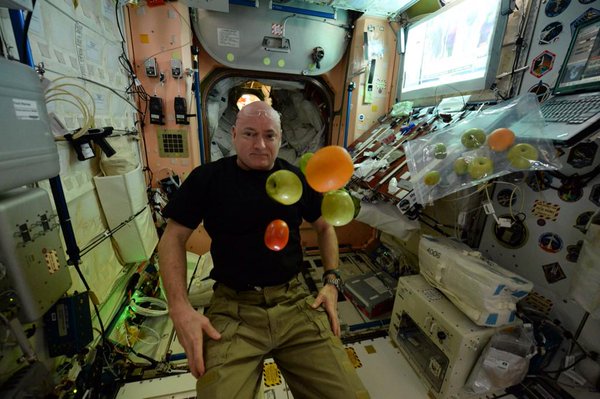 “Today, I took my own blood…I did eight blood tubes. I collected my urine all day and saliva in the morning. On other days, we might do ultrasound exams,” Kelly recounted a week ago. Life on Earth loves gravity. Our bodies evolved to hunger for gravity. Without it, our bones lose their mass, our muscles wilt and our metabolisms slow. The ultrasounds and blood tests onboard the space station and during the many months back on Earth will reveal the extent of this decay, but also how quickly the body recovers. 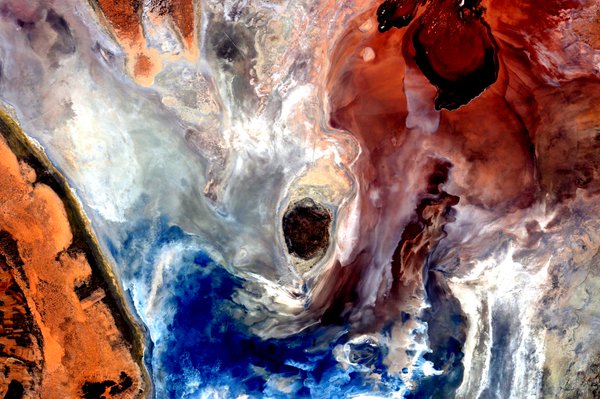 “Pictures like this make me really regret that my watercolors didn’t make it up here,” NASA astronaut Scott Kelly wrote on Nov. 22, 2015. Photo by Scott Kelly/NASA/via Twitter

“I’m a big believer in what we’re doing here. I believe in the importance of flying in space and the research that we do,” said Kelly, who is part of a second series of experiments called the Twins Study. While Scott Kelly performed spacewalks and ate freeze-dried food for a year, his twin brother and fellow astronaut Mark stayed put on the ground and submitted his own biological specimens for analysis. 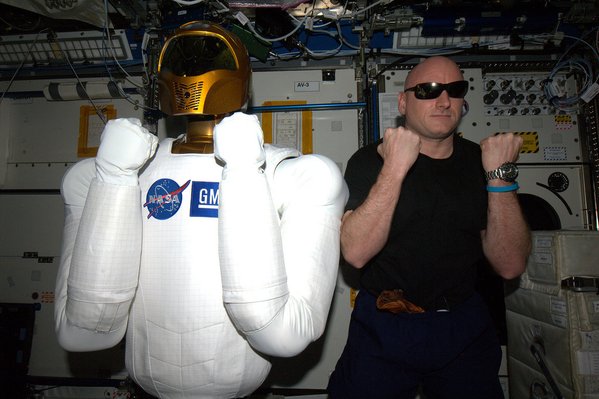 Twins present what might be described as two mirrored canvasses. Their genetic backgrounds offer identical slats, wherein scientists decipher how these two lives — and their stress hormones, microbes and immune systems — evolve in space and on Earth.

That’s the theory, at least, but even Scott Kelly admits the limitations of these studies given the small sample size:

“You know Misha [Kornienko] and I are only 1 datapoint or 2 datapoints. Anyone who is a scientist is going to tell you that you need a lot more numbers to draw specific conclusions. I’m hoping what we find are areas that we need to investigate further…that we can say after so many months, we’ve seen this thing from physiological or psychological aspect, and we need to take a much closer look before we travel beyond low-orbit for longer periods of time.”

Kelly and Kornienko are this century’s Lewis and Clark. Rather than venture into the desolate void of North America, they traveled inward, enduring the long trials of empty space. And while they were gone, much like the tumbling space station, life on Earth failed to stay still. Shooting after shooting after shooting marred countries around the world. Cyclones tore through the Pacific Ocean. Same-sex marriage had its day in court. And the Kansas City Royals — the Royals! — won the World Series.

Yet even removed 249 miles from Earth, Scott Kelly witnessed this tumult among humans.

“This past summer, you could notice the drought in California and the fires,” Kelly said. “We had this incredible pass over the Himalayas and to just see all of that pollution that’s riding up against those mountains from the south is just really heartbreaking.” 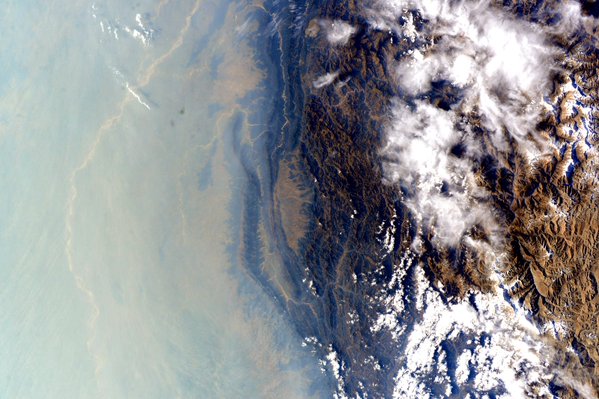 Air pollution covers the northeastern side of the Himalayas. Photo by Scott Kelly/NASA/via Twitter

Though Kelly broke the American duration record for spaceflight, he and Mikhail Kornienko aren’t the first cowboys to spend a year in space, nor do they hold the world record for time spent there. (Their trips are now tied for fourth longest). But one gets the sense that the journey forever altered their perspectives.

Before his return, Kelly said vacating the space station would be bittersweet. It’s hard to live space, where the work is challenging and you rarely venture outside, he said. He looked forward to dinners with friends and feeling a breeze and the sun on his face. But still, he said:

“I believe in exploration, and I will miss being on the front lines of that endeavor. On one hand, I look forward to going home but it’s something that’s been a big part of my life, and I’m going to miss it.”

For more, check out A YEAR IN SPACE, a two-part program that tells the story of what it takes, mentally and physically, to spend a year in space. Part one airs March 2 at 8/7c on PBS. A YEAR IN SPACE is a co-production with TIME and PBS.