What happened to Zika?

Last week, biologists reported the most detailed structure of the Zika virus to date, a finding that could help the effort to develop vaccines or anti-viral medicines. And Monday, a nationwide group of researchers reported in Nature Medicine that Zika causes miscarriages and stillbirths in a quarter of pregnancies in non-human primates.

The urgency to fight Zika reached a fever pitch two summers ago when a massive outbreak struck South and Central America and the Caribbean causing more than half a million suspected cases and more than 3,700 congenital birth defects. Some scientists suspect a mutation in the virus made the disease more harmful and triggered the epidemic. It also landed in an ideal climate, where tropical mosquitoes — namely of the Aedes family — helped propel Zika to such large numbers.

But then last summer, the virus declined sharply in its hotspots and all but disappeared in the U.S. In 2016, Puerto Rico, the U.S. Virgin Islands and American Samoa saw more than 36,000 cases of locally transmitted Zika virus. By 2017, the number had dropped to 665. In 2017, the continental U.S. saw only seven cases of local mosquito-borne Zika, down from 224 the previous year.

Fast forward to summer 2018. Now that the weather is warm and mosquitoes are out, how much do we need to worry about Zika? Should we factor it into our summer travels? Here’s a guide to help you out.

What will Zika do in the U.S. this year?

In Puerto Rico, only 65 cases of local Zika transmission have been reported in 2018 through early July, according to the Centers for Disease Control and Prevention (CDC). There have also been two cases in the U.S. Virgin Islands. In the continental U.S. and the other territories, the number of local cases is zero — though there have been 28 cases where Zika exposure occurred during travel.

“I don’t expect it to be worse than [last year], and it’s possible that it wouldn’t happen at all this year,” said Dr. Roberta DeBiasi, chief of Pediatric Infectious Diseases and co-director of the Congenital Zika Program at Children’s National Health System. “I wouldn’t be surprised if we have cases again in Florida and in Texas.”

Zika does not easily spread in the continental U.S. because Aedes mosquitoes are relatively rare. 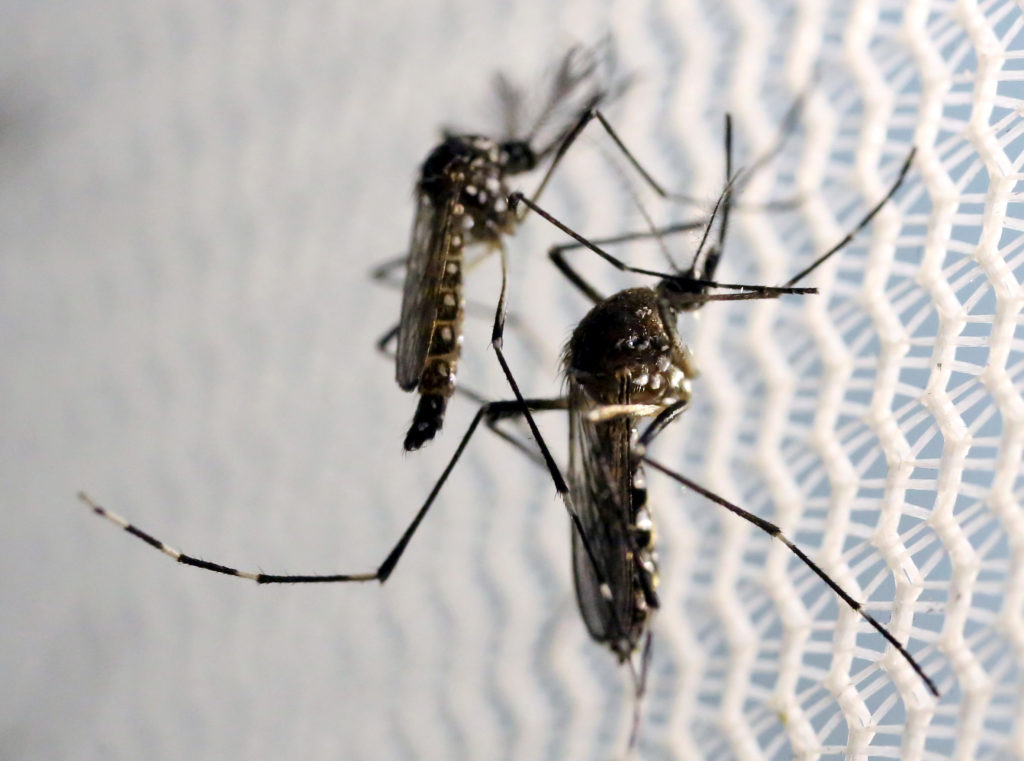 Mosquitoes in the Aedes family carry the Zika virus from one person to another. Photo by REUTERS/Paulo Whitaker

Why did Zika disappear?

Most experts say the sharp decline in Zika cases is due, at least in part, to herd immunity. When enough people become immune to a virus, whether through vaccination or natural immunity, then that disease can’t easily travel from person to person.

Zika may behave like chickenpox — once you’ve had it, you won’t get it again. That means the virus “reservoir” — or humans available to carry the virus — dries up after many people have already been infected.

Dr. Kristina Adams Waldorf, an OB-GYN specializing in pregnancy infections and global health at the University of Washington School of Medicine and an author on the Nature Medicine study said that scientists expected this immunity-related decline after the initial outbreak.

“We’re getting a reprieve from Zika right now, which is very welcome,” Adams Waldorf said. “The problem hasn’t gone away in the Americas. It’s just, at the moment, a bit underground.”

But what we still don’t know is of the 94 percent that looked normal, do they go on and develop completely normally?

To mount a resurgence, Zika virus would need to mutate dramatically, like the flu virus does every year. This scenario is unlikely. Zika could also return if it finds new populations that lack herd immunity.

The virus is likely still spreading in communities that have not been exposed to Zika yet and therefore lack herd immunity, Adams Waldorf said.

“We do not have a good grasp of which areas in the Caribbean, Central America and Mexico already have a large number of residents who have been exposed to Zika virus,” Adams Waldorf said.

These areas carry the biggest known ongoing risks for Zika exposure as well as South America, parts of Africa and Southeast Asia, according to the CDC, which tracks Zika transmission worldwide.

Last year, 437 people in the U.S. contracted Zika while travelling abroad to areas with active outbreaks.

Much is still unknown…

Zika is not believed to be life-threatening to adults or children — the virus has killed only 20 people in the Americas since 2015. But the virus can have devastating effects on the developing brain of a growing fetus, particularly through microcephaly, a birth defect in which babies are born with an unusually small head.

DeBiasi and Adams Waldorf are also concerned about subtle neurological problems appearing in babies that seem normal at birth.

Adams Waldorf has observed the loss of neural stem cells in the hippocampus of non-human primates, which might be detrimental to long-term memory, social interactions and abstract reasoning as patients age.

“It’s about six percent of pregnancies where the mom has been exposed that you can expect a child with an obvious birth defect,” DeBiasi said. “But what we still don’t know is of the 94 percent that looked normal, do they go on and develop completely normally?” 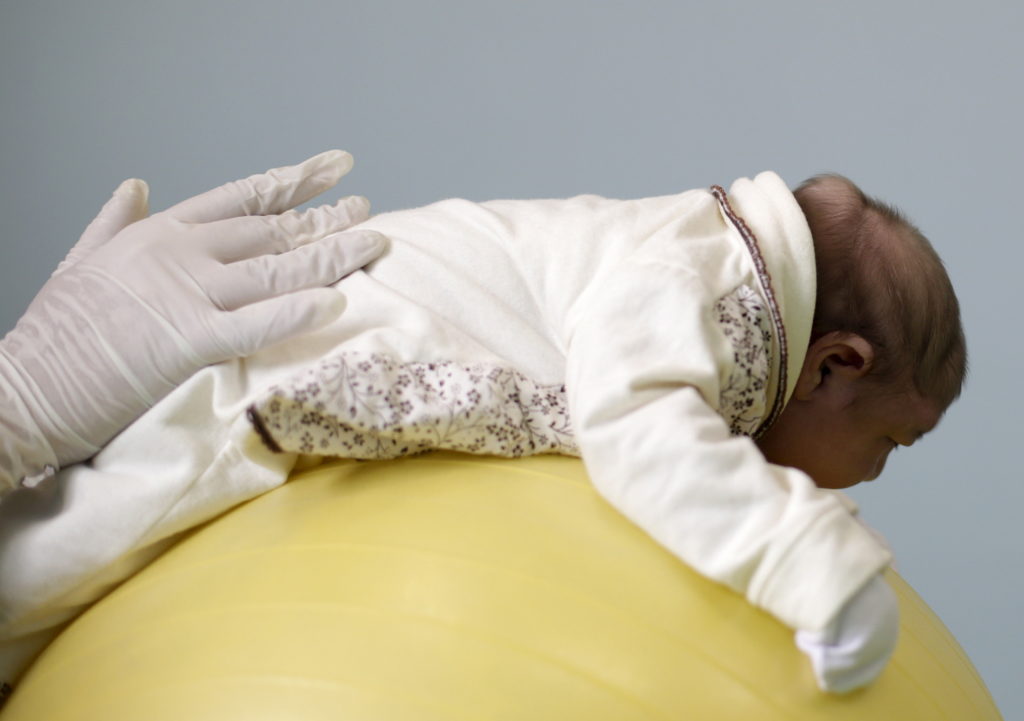 Babies with microcephaly benefit from multiple therapies. Here, a physiotherapist exercises 19-day-old Sophia, who was born with microcephaly in Brazil in 2016. Still, parents struggle to cope with raising a child that might never walk or talk. REUTERS/Ricardo Moraes

Zika can threaten adults, too, through a rare nervous system condition called Guillain-Barré syndrome. It is triggered when the immune response to the Zika infection attacks nerve cells. A meta-analysis, published earlier this year, said Zika has been linked to 1,500 cases of Guillain-Barré since 2014 — meaning it occurs with less than 1 percent of infections.

What about a Zika vaccine?

The National Institute of Allergy and Infectious Disease (NIAID) is currently in phase 2 of a Zika vaccine trial in Texas, Puerto Rico, and South and Central America. Other vaccine candidates exist, too. A vaccine for dengue fever, a flavivirus related to Zika, required more than 20 years of research and development, so scientists are casting a wide net. 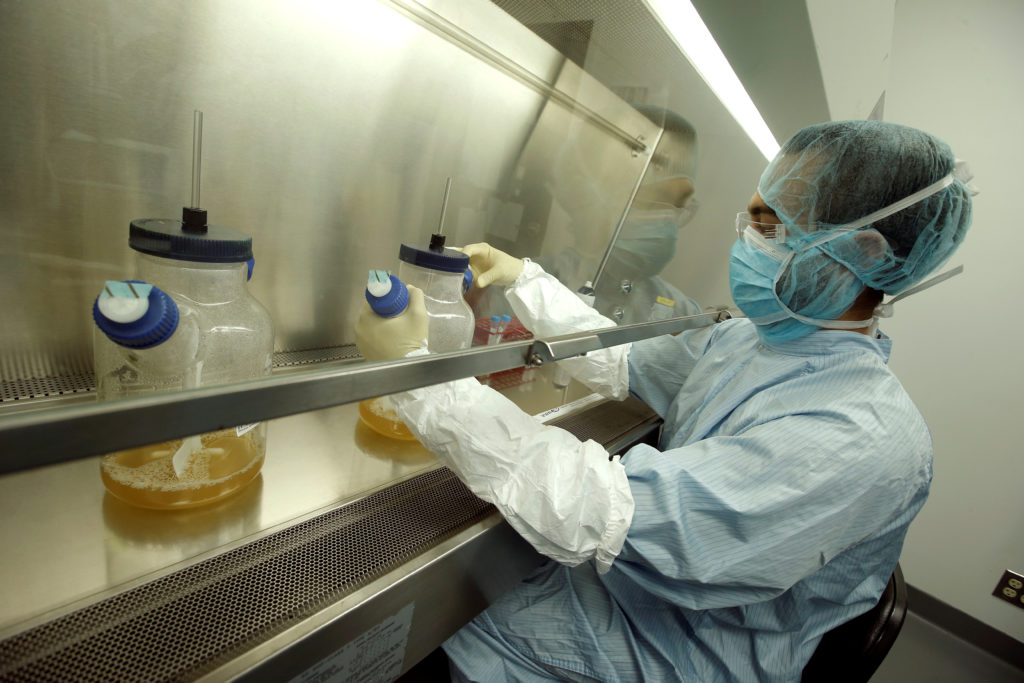 Development of a vaccine for Zika virus has progressed from cell culture in the lab in 2016 to phase 2 trials. Photo by REUTERS/Mike Segar

That’s why studies like last week’s report on the detailed structure of the Zika virus are still extremely important. Knowing Zika’s structure and the order of its amino acids — its molecular building blocks — gives scientists more tools to figure out how the virus infects cells.

To connect the structure of Zika with how it behaves in humans, these scientists compared their high-res snapshot of Zika with other flaviviruses.

“Then we identified regions where the structure is different,” said Madhumati Sevvana, structural biologist at Purdue University and first author on the paper. “These could be the regions which are important for infectivity.”

These comparisons could also explain why Zika harms the developing brain, which hasn’t been a concern with other flaviviruses.

Targeting the Aedes mosquito could also limit infections from many flaviviruses. Researchers found that transmission of Zika, dengue and chikungunya from Aedes is blocked when a bacteria called Wolbachia is introduced into the mosquito. The effect is self-sustaining because the bacteria is passed down to newborn mosquitos. The World Mosquito Program is now testing this approach in 12 countries. 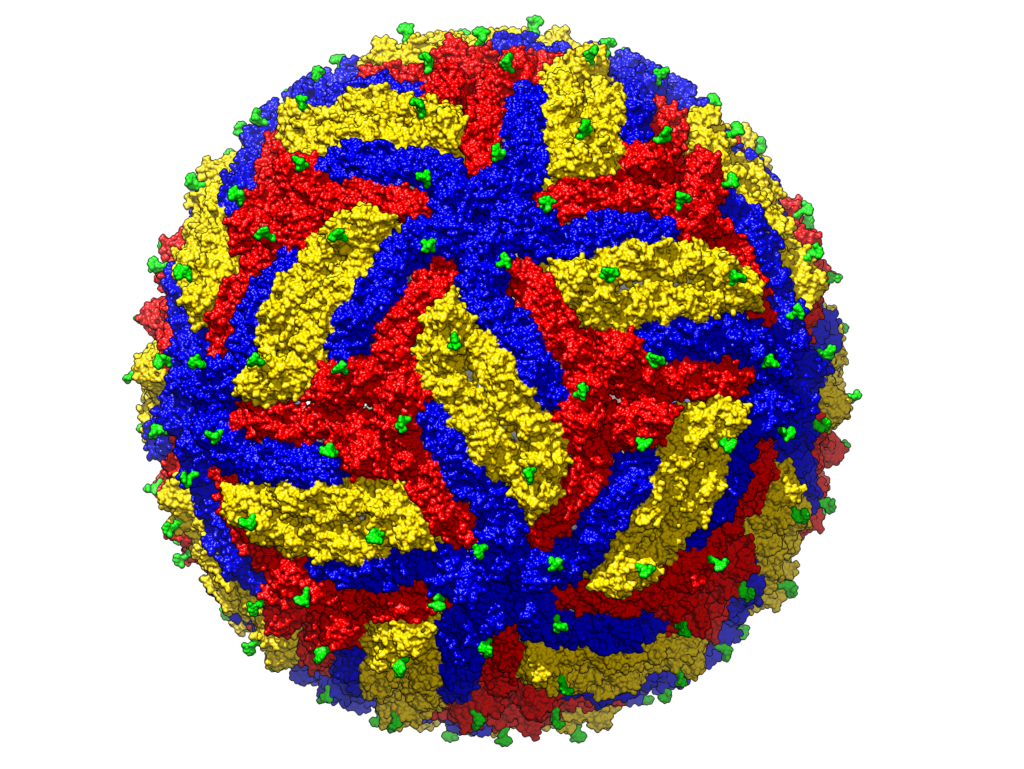 Structure of the Zika virus at 3.1 Angstrom resolution – the highest definition of any enveloped virus to date. Image by Sevvana et al., Structure, 2018

Will Zika make a comeback?

Definitely, DeBiasi said. The question is when.

She looks to other flaviviruses for examples.

“West Nile sort of disappeared for a few years and then came back with a vengeance six years after that — and then went away for a little bit and came back again,” DeBiasi said.

If Zika behaves more like dengue, the infections will increase seasonally whenever mosquitoes are around. A third option could be a very high number of cases each year, like Japanese encephalitis.

“We will be living with the threat of Zika virus for pregnant women, fetuses and even small children for a long, long time,” Adams Waldorf said.

Left: By comparing this high definition structure of the Zika virus to dengue and Japanese encephalitis, scientists hope to understand how the virus infects human cells and develop a vaccine. Image by Madhumati Sevvana

Why there are shocking costs on your emergency room bill